Today the man who has become legendary for his predictions on QE and historic moves in currencies and metals told King World News that the price of gold is now headed to $3,000, but he’s been receiving some interesting emails.

I often hear complaints that gold is a useless investment since it doesn’t go up fast enough.

We have invested heavily into gold for ourselves and our investors since 2002 when the price was $300. Today gold is up just under 6x since then.

Sure it has not been a straight line and there have been major corrections on the way there.

WHY BUY GOLD WHEN THERE IS BITCOIN AND TESLA
But Bitcoin and Tesla are much more exciting so why should an investor hold gold – an incredibly dull and unexciting investment for the majority of people.

If I tell investors that it is absolutely critical to hold gold for wealth preservation purposes as the world financial system is the biggest bubble in history, most would ignore me.

And if I tell them that the dollar and most currencies are down 97-99% since 1971 against gold and down 85% since 2000, they would yawn. They are only interested in their nominal stock market gains not understanding that they have gained nothing in real terms…

But if I proclaim that gold in 2021 could reach $3,000 some will prick their ears. (More about gold reaching that level and higher later in the article.)

Still most people prefer to stay in stocks totally unaware that the majority of stock investors are going to ride the stock market all the way to the bottom. And this time it won’t be a V bottom like March 23, 2020 but an L bottom lasting at least a decade.

Both fundamentally and technically a stock market crash is guaranteed whether it starts tomorrow or if we first will see a final meltup.

CASSANDRA WAS ALWAYS RIGHT BUT ……
I can hear voices calling me a Cassandra and a doom sayer. For the ones who don’t remember Greek mythology, Cassandra was the daughter of king Priam and was given the gift of prophecy by Apollo. But as Cassandra did not respond to Apollo’s approaches, he gave her a curse that although all her “dark” prophecies were accurate, nobody would believe her.

I am not a Cassandra predicting doom and gloom but just someone who has spent his life analysing and understanding risk.

That’s why, for example, in 1999 I told my partner in an e-commerce business that we must sell the company at the then ridiculous valuation of 10X sales with no profit. The buyer was a Nasdaq company which went bankrupt a few years later after an acquisition spree at grossly inflated prices.

Most of the expert tech investors in the late 1990s rode the market all the way down by 80% with many companies going bust.

Risk analysis is also why I wouldn’t buy Bitcoin. Yes, I am aware that a speculative mania could drive it to $1 million. But I am also aware that governments could ban Bitcoin, making it worthless.

So not a good risk in my view.

An equally terrible risk is Tesla.

To buy Tesla at a P/E of over 1,000 and a pie in the sky market cap of $650 billion is as risky as jumping out of the Empire State Building.

If Tesla doesn’t fall by at least 80% in real terms over the next few years, I will eat my hat. Not that I expect to lose that bet, but to get some enjoyment out of the minuscule chance of being wrong, the hat would of course be made of the finest Swiss chocolate!

Remember that an investment can become more overbought than anyone can imagine just like the Nasdaq in 1999-2000. But the subsequent fall is inevitable.

REAL STOCK MARKET GAINS ARE 85% LOWER
Most people still measure their assets in currencies like dollars, pounds, euros, that are dropping faster than the Niagara Falls.

If you want to know your real stock market gains since 2000, you should deduct 85% since that is the loss of the dollar’s purchasing power in real terms since then.

More than 99% of investors will have lost money on that basis. So maybe they are not so clever after all.

Oh, how wonderful stock market gains are until you realise that it was all an illusion due to governments’ and central banks’ complete screwup of the economy and the currency.

Governments and central banks have learnt from master manipulators like Goebbels that you can fool all of the people all of the time. And this is simply because greed and the need for instant gratification stop people looking for the truth.

GOLD – $3,000 NEXT
I have recently received more emails than usual from people that are totally disillusioned with gold. I hasten to add that they are not from our clients who master the art of wealth preservation.

Instead they are from investors who are buying gold for instant gratification. Anyone who bought gold in 2000 at $290 is not concerned. But the ones who bought near the top in 2011 around $1,900 have obviously had a long wait.

What makes them more frustrated is seeing stocks going to ridiculous heights whilst they are missing out.

24 REASONS WHY OWNING PHYSICAL GOLD IS IMPERATIVE
Let me give people who are frustrated with the gold price the reasons why they shouldn’t be. 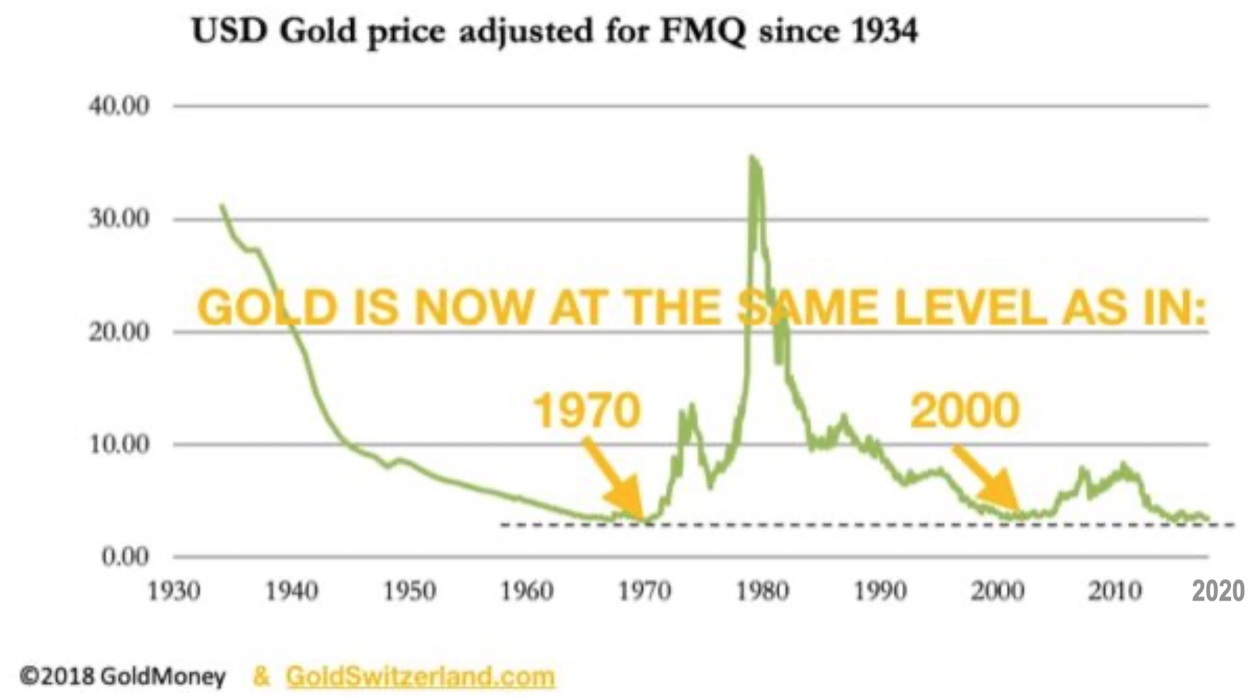 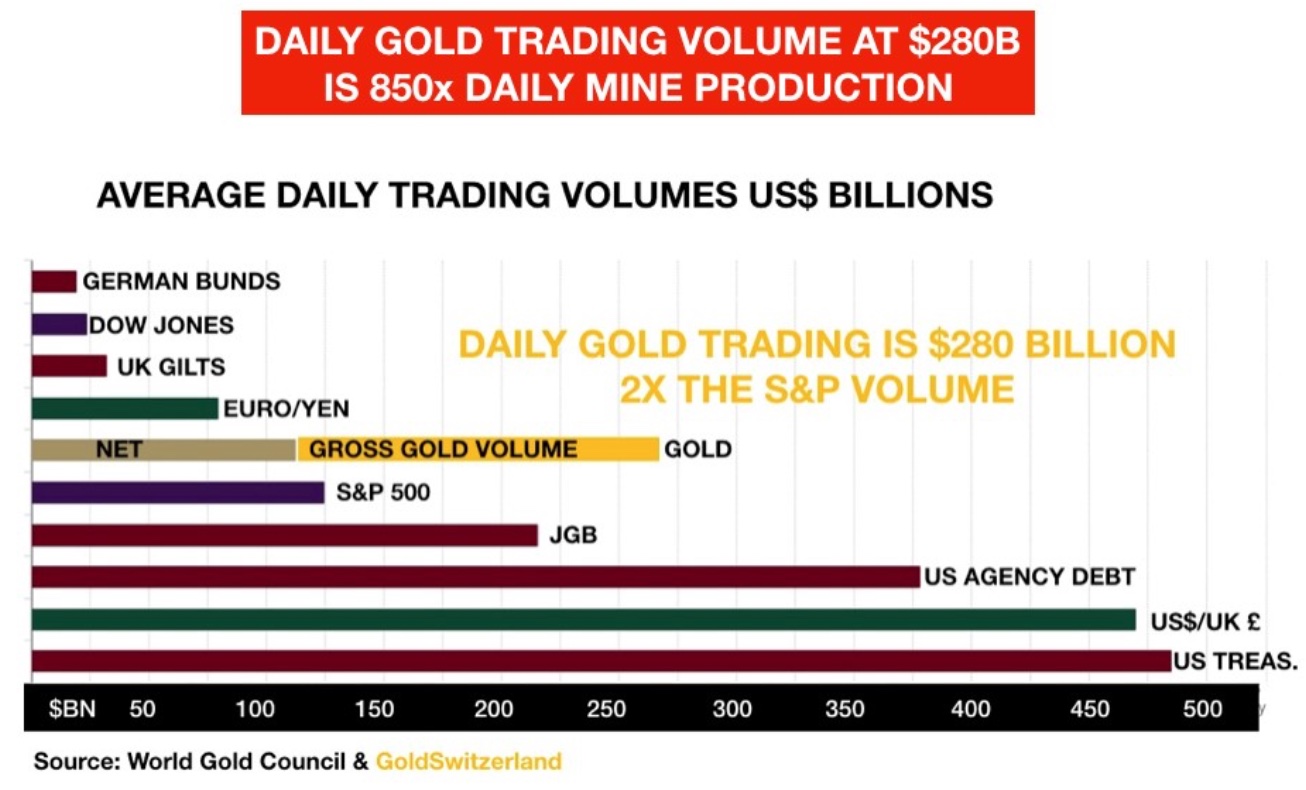 To listen to one of the best audio interviews of 2021 with Matthew Piepenburg CLICK HERE OR ON THE IMAGE BELOW.

To listen to Alasdair Macleod discuss the gold and silver markets and what to expect next CLICK HERE OR ON THE IMAGE BELOW.

“There’s Something Bigger At Work Here,” Inflation Warning, Plus An Important Look At Gold & Silver