Fade the pullback in gold because a major gold buy signal just took place with gold averaging 18% gains but the mining stocks surging 100% of the time with gains averaging a staggering 49% after this indicator flashes!

There isn’t a perfect correlation between gold and the companies that mine it, but miners tend to move along with the price of gold. Due to what had been an excellent multi-month run, the percentage of gold miners trading above their 200-day moving average surged above 90% last week before pulling back in recent sessions. During structural bear markets, it’s rare to see thrusts like this, but this is the 3rd one in the past several years. 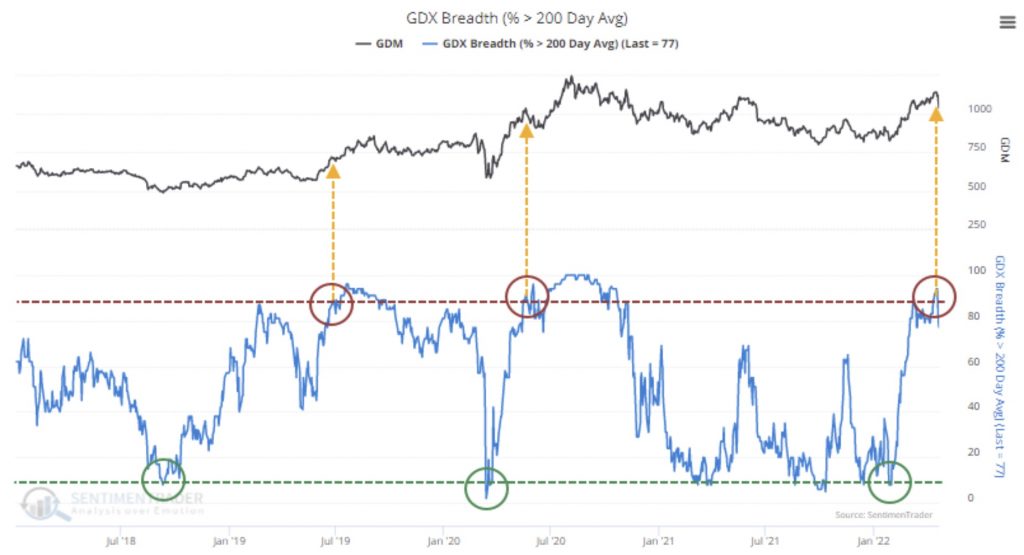 The percentage of miners above their 50-day moving average has plunged from 100% to below 15%. 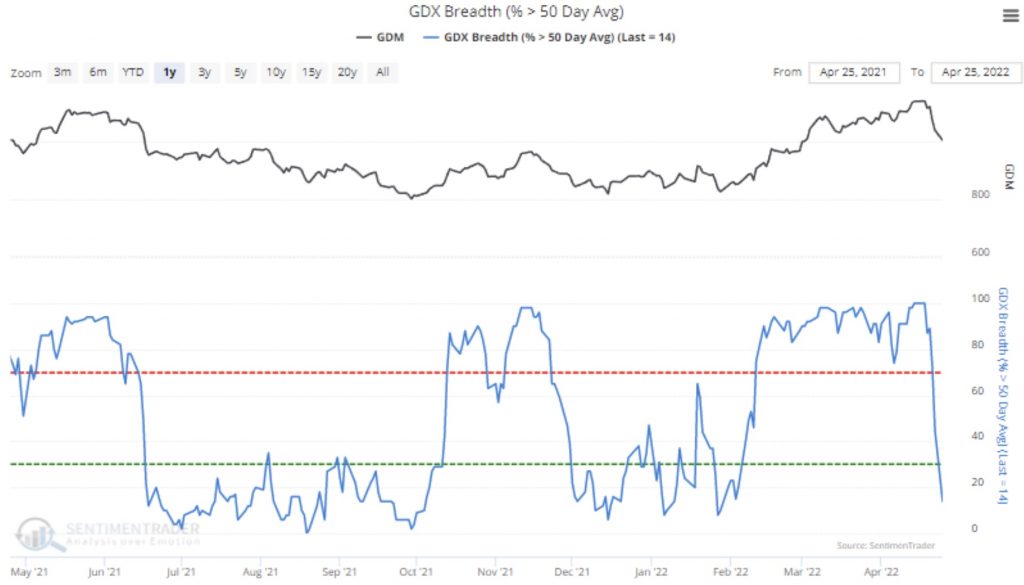 And the percentage trading above their 10-day moving average cycled all the way from 100% to 0%. 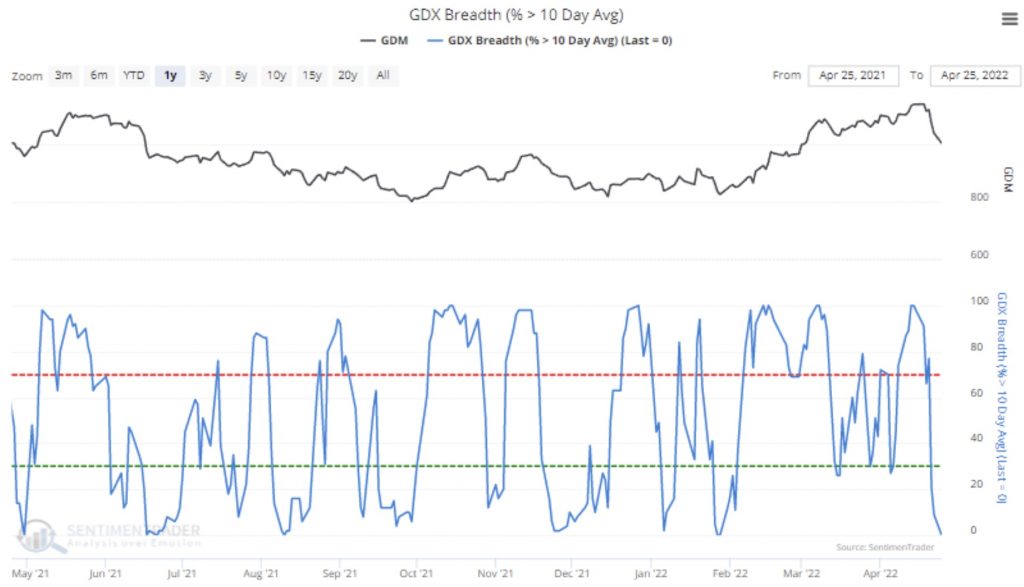 Extreme cycles in long-term trends have led to outstanding long-term returns for mining stocks. The table below shows returns in the HUI Gold Bugs Index over the past 40 years when the percentage of gold mining stocks above their 200-day averages cycled from below 10% to above 90%. Over the next 3-12 months, these stocks showed excellent returns. 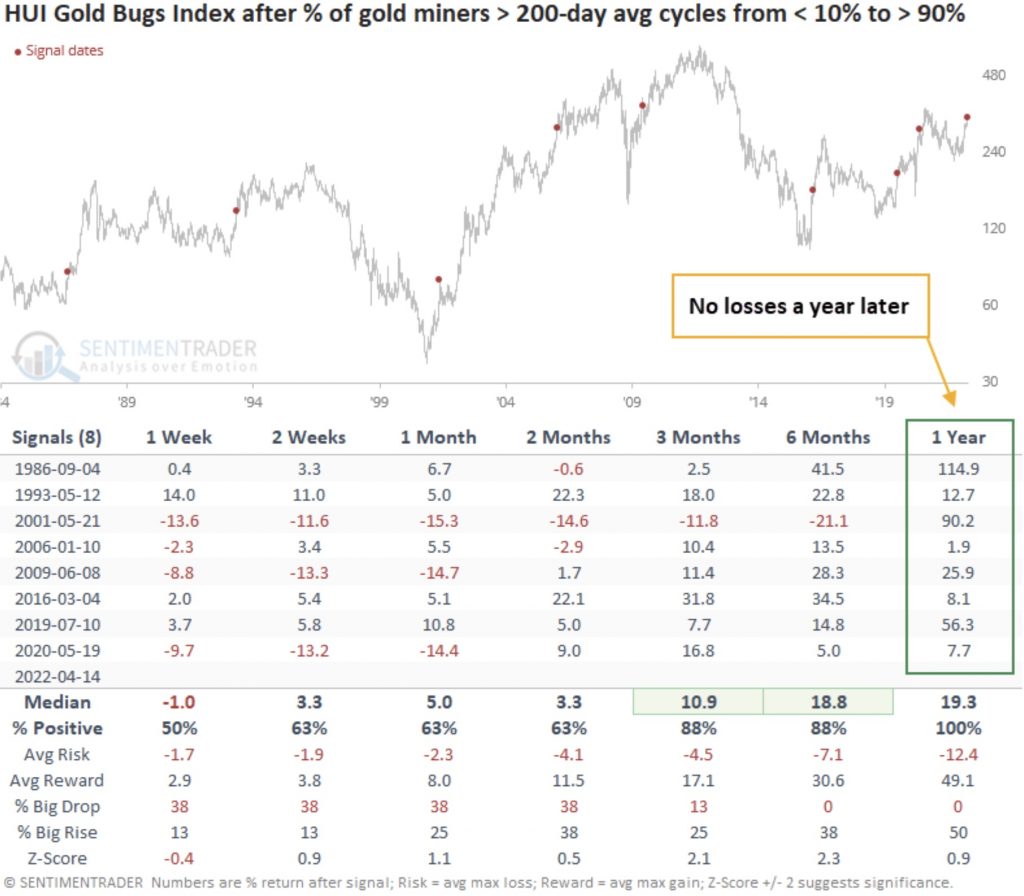 There was quite a bit of volatility, but that’s to be expected with a volatile sector. The Risk/Reward Table shows that even with some of the successful signals, investors had to endure double-digit drawdowns at some point. But the minimum upside over the next year was +21.2%.

Average Gain For HUI Gold Mining Index
One Year Later Is A Staggering 49.1%!

For gold itself, these were also positive signals….

Average Gain For Gold One Year Later Is 18%! 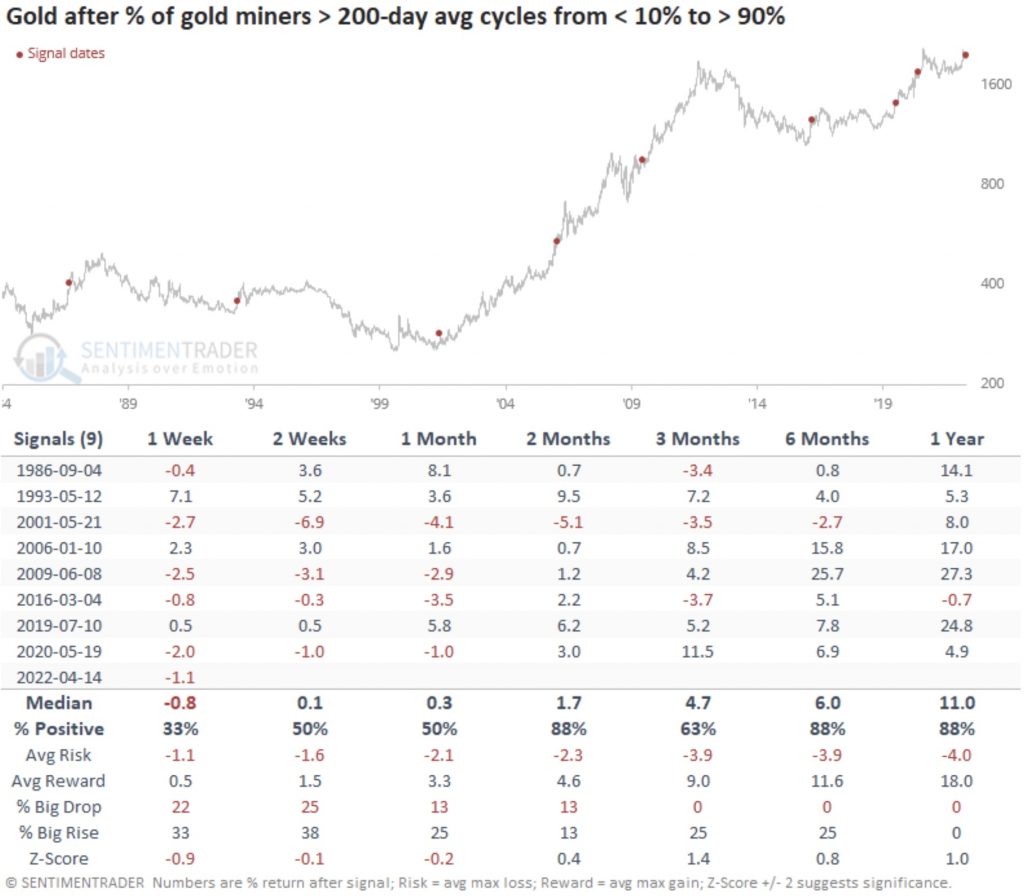