On the heels of continued volatility in the gold market, here is a very important report on the action in gold and what to expect next.

A Yellow-Tinted Correction
July 19 (King World News) – Here is a portion of a special gold report from Jason Goepfert at SentimenTrader:  “Gold is close to tipping into a correction for the first time since late 2016…

IMPORTANT:
To find out which company is one of the top junior mining companies in the world that savvy investors around the globe are lining up to buy CLICK HERE OR ON THE IMAGE BELOW

Jason Goepfert continues:  “…The only time in the past 18 years that gold has closed at a 52-week low with this many down days compressed over a little over a month’s time was July 23, 2015, after which it enjoyed a multi-month bounce.

Because of the selling, gold is getting perilously close to correction territory, if we want to define that as a 10% pullback from a recent high.

Gold has declined on 18 out of the past 25 sessions! 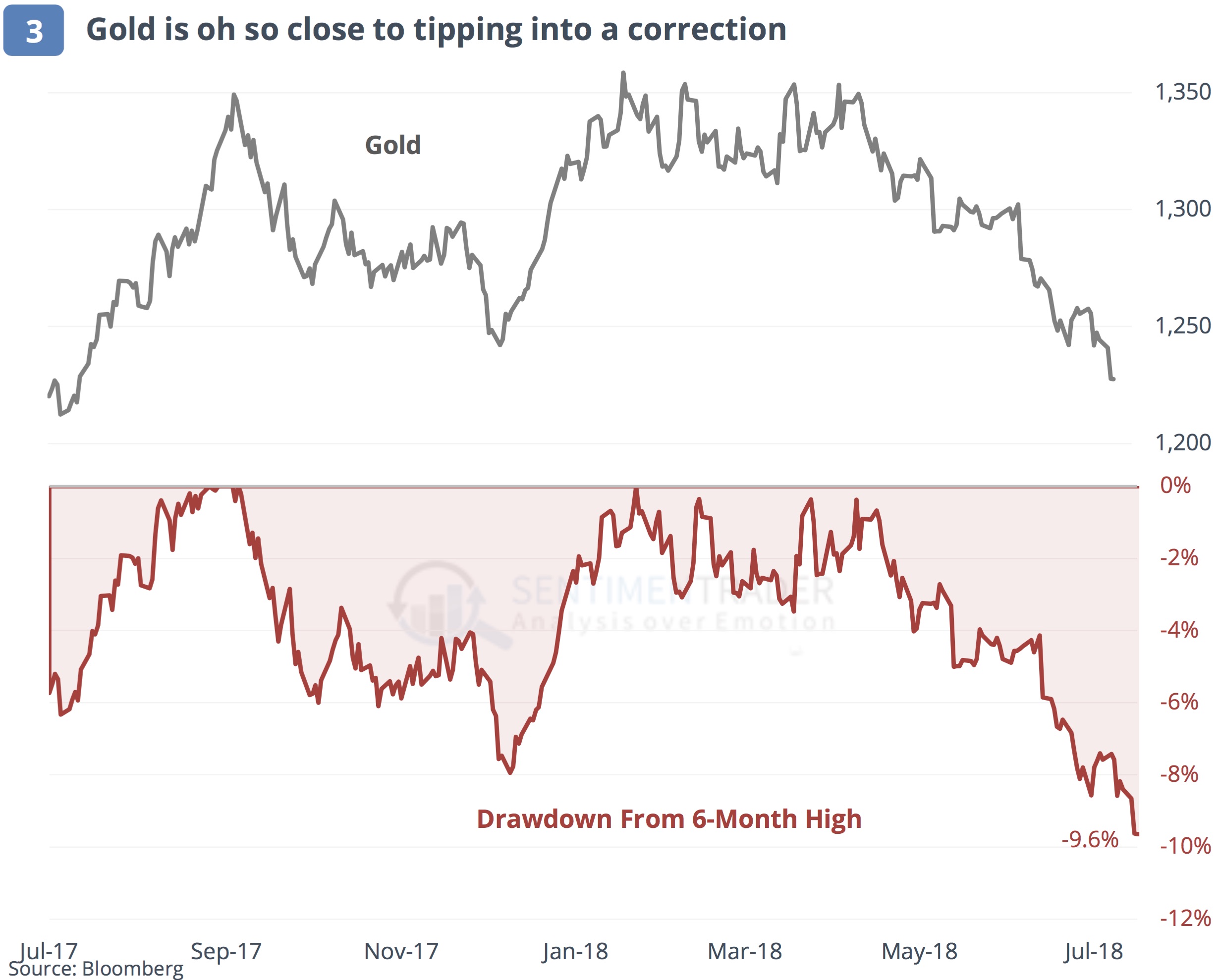 But many of those declines were the final puke before a more lasting bottom. Even including those shorter-term declines, by six months later gold was higher 3 out of 4 times, with an impressive average return, significantly above its average six-month return.

Most of the risk over the long-term was focused on shorter time frames, while most of the reward occurred after the first two months. We’re seeing more and more signs that gold (and platinum and silver) are nearing points where the multi-month risk/reward is tilted heavily to the upside, but there are still signs like this that the shorter-term could continue to be troublesome….To continue reading one of the most timely gold reports from SentimenTrader, sign up for a free two week trial immediately by CLICKING HERE.  This special gold report is just another example of why Jason Goepfert is the best in the world at what he does — providing actionable market data.

ALSO JUST RELEASED: BUCKLE UP: China Is About To Trigger A Global Market Earthquake CLICK HERE TO READ.