Here is an important gold update, plus look at what is happening in the silver market.

Record Gold Longs Reduce Positions
November 18 (King World News) – Ole Hansen, Head of Commodity Strategy at Saxo Bank:  “Gold longs continued to be reduced in response to the latest price drop which saw the metal challenge key support below $1450/oz. From a record high on September 24 the net-long has since been cut by one-third and last week it reached 200k lots for the first time since June…

Bullish bets on silver meanwhile has now been cut in half since September to 32.6k lots, not far from the 27k five-year average. 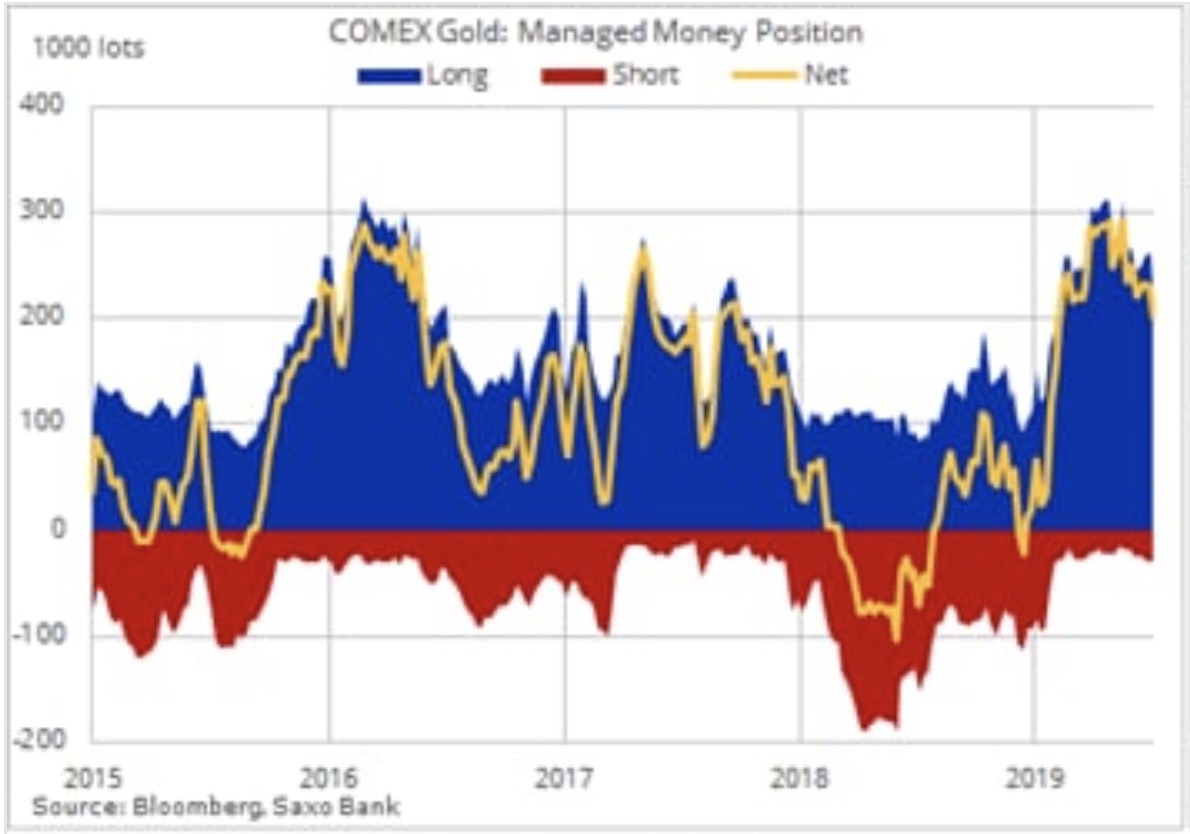 Silver
The Silver net-long was cut by 23% to 33k lots, lowest since July (see below). 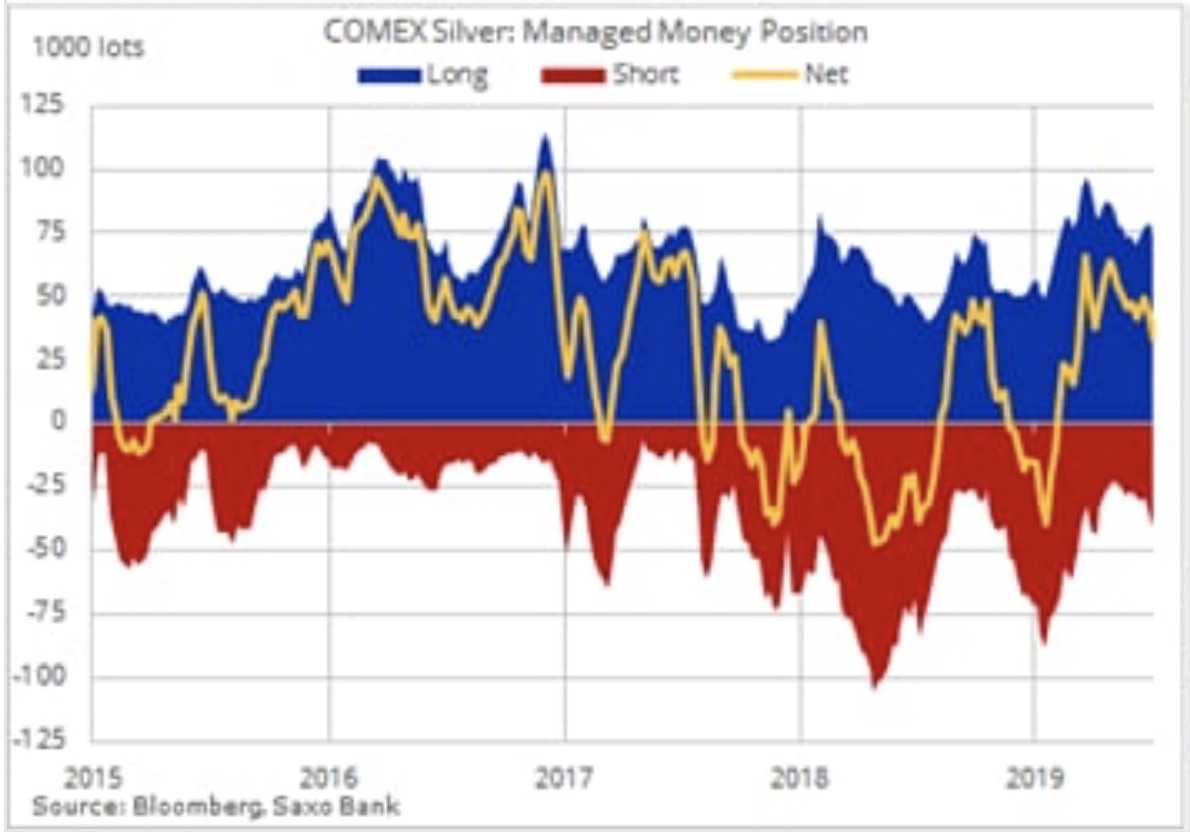 Silver Leaders Look Strong
Graddhy out of Sweden:  “Been saying for 3-4 weeks that many silver leaders look strong. Today’s breakout above that black dotted trend line looks very interesting. My green rounded bottom is still on track. (See below).

Today’s Breakout In The Silver Sector 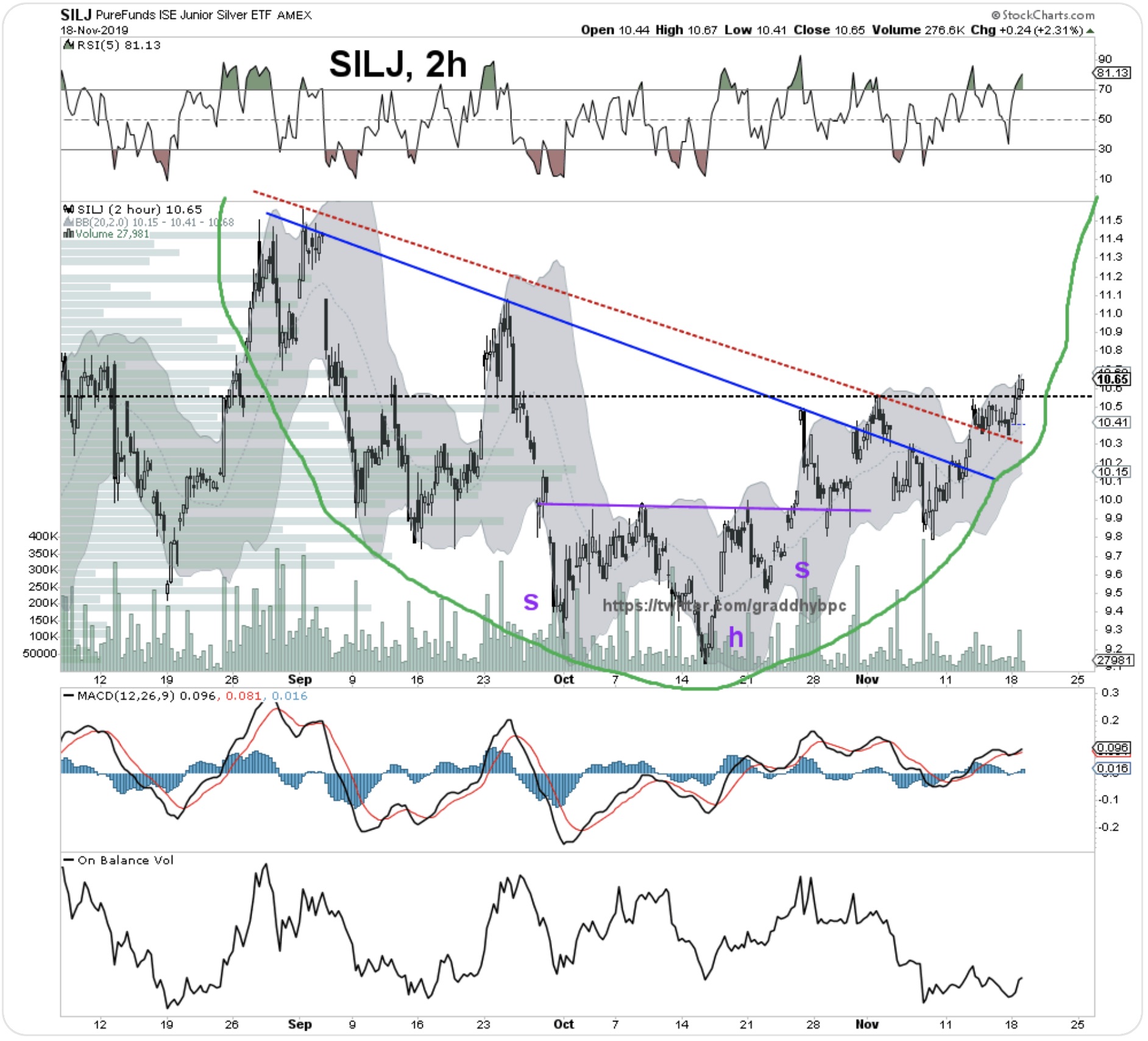