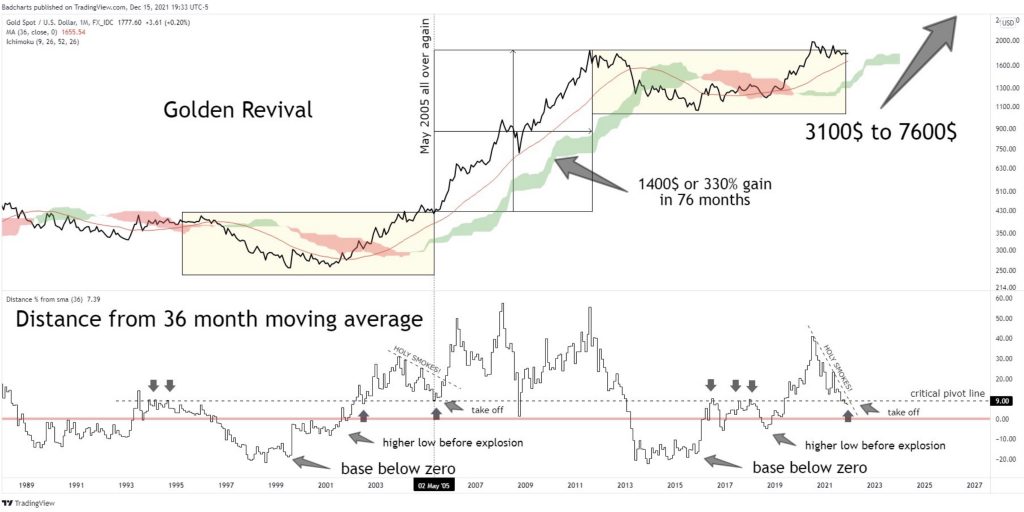 Capitulation For Miners
Fred Hickey:  BPGDM – Gold Miners Bullish Percentage Index plunged from 30 to 20 (yesterday). Lowest since early Oct. (it was just slightly lower) before miner rally (see GDX chart below). BPGDM didn’t even get that low in March (before big rally). Prior to that, March 2020 was last time index at 20. 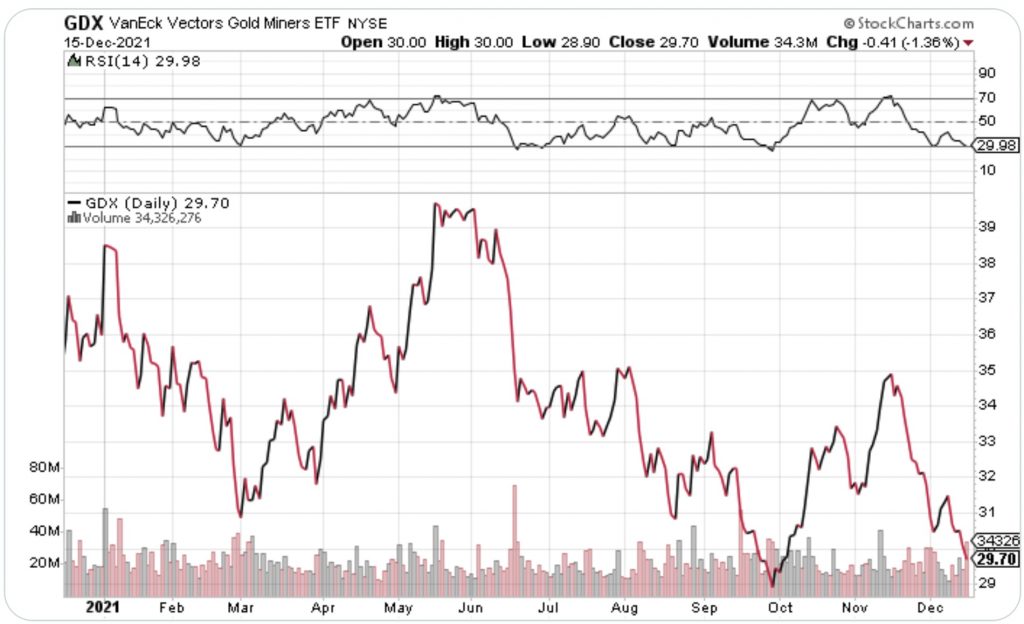 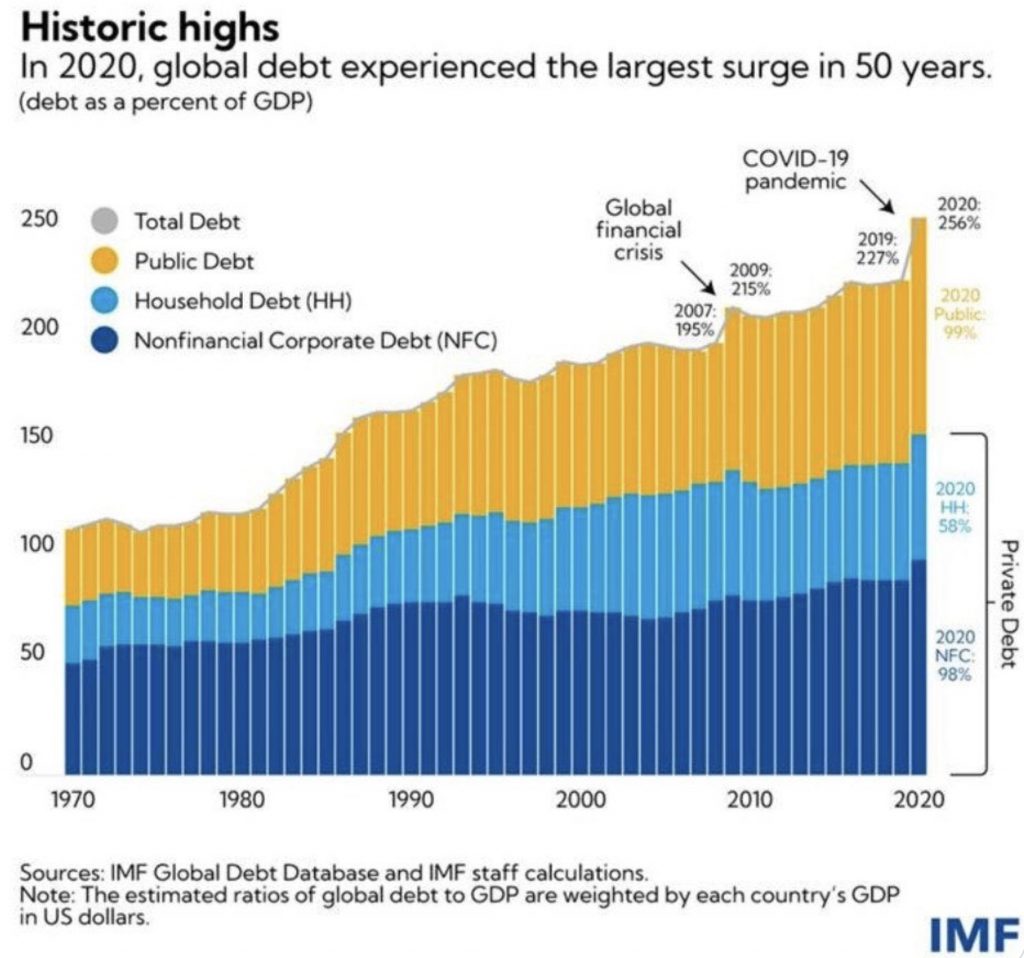 OUCH!
Holger Zschaepitz:  OUCH! German power prices surged almost 10% to a fresh record after EDF was forced to close or extend the halts of as many as four nuclear reactors for safety reasons just as demand hits a peak over the winter months. The reactors make up almost 10% of the French nuclear capacity. 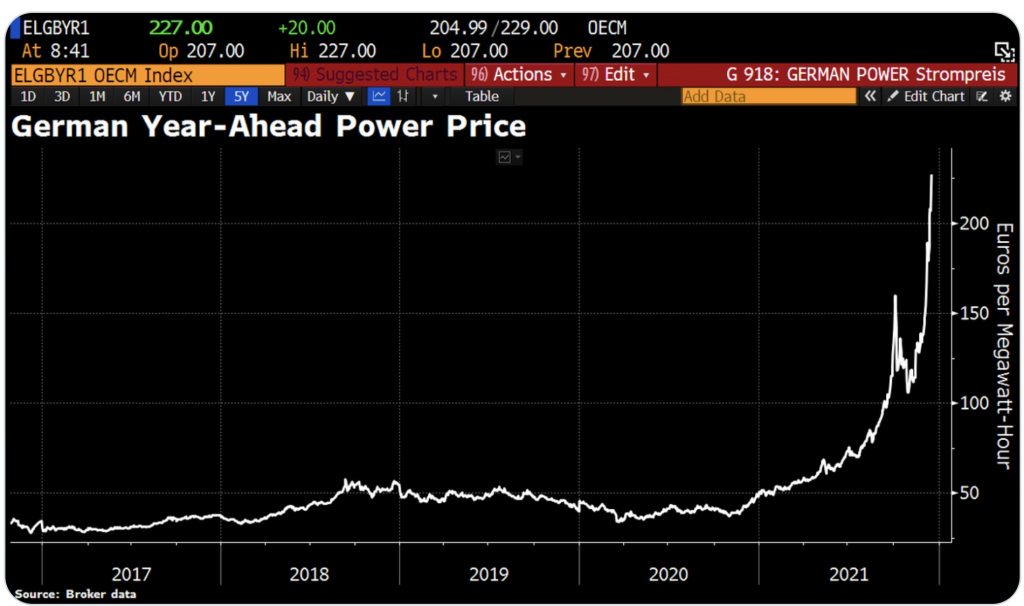 Golden Breakouts
Peter Boockvar:  Just as the Fed separates out QE from rate hikes as it is calibrating policy, we need to do the same when analyzing the impact on the economy and markets. QE is of course ending quickly and the history of QE has been to stimulate the multiples people pay for stocks, bonds and just about everything else. As for rates, that is what most directly influences the demand side of the economy and thus growth and inflation, particularly with the most interest rate sensitive sectors like housing and auto’s. Jay Powell told us yesterday that the process of rate hikes, assuming the dots play out, will be slow. After all, with two years of 75 bps rate hikes, REAL rates might still be negative. Maybe that is why inflation breakevens jumped yesterday after initially falling after the release of the FOMC statement. The 5 yr yesterday bottomed at 2.64% and closed at 2.77%. 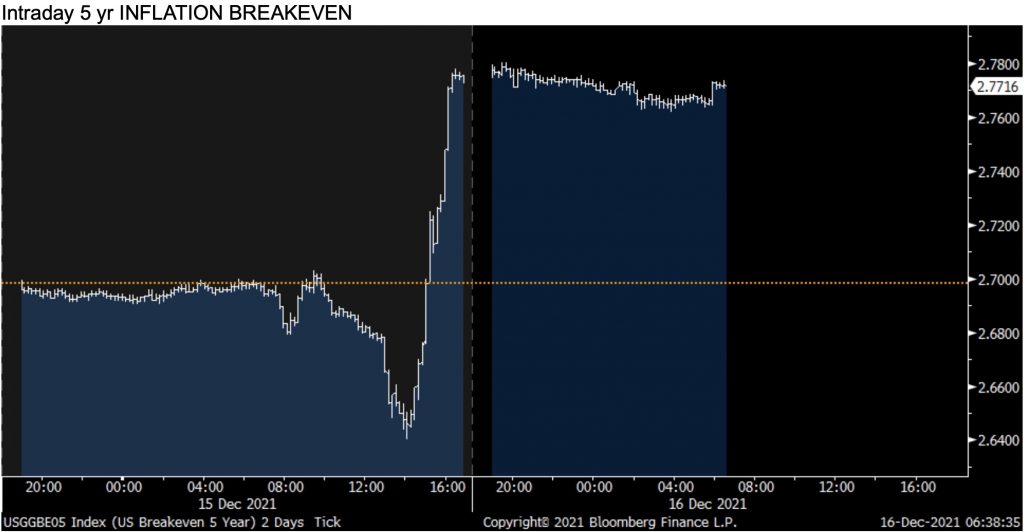 Golden Breakouts
Graddhy out of Sweden:  These were a good sign as suspected. Posted when Gold in these two, plus other major currencies, broke out in synced fashion 5-6 weeks ago. Note that the yellow trend line top is the August 2020 top, i.e. the trend line was the long term resistance line. These two are now clearly backtesting. 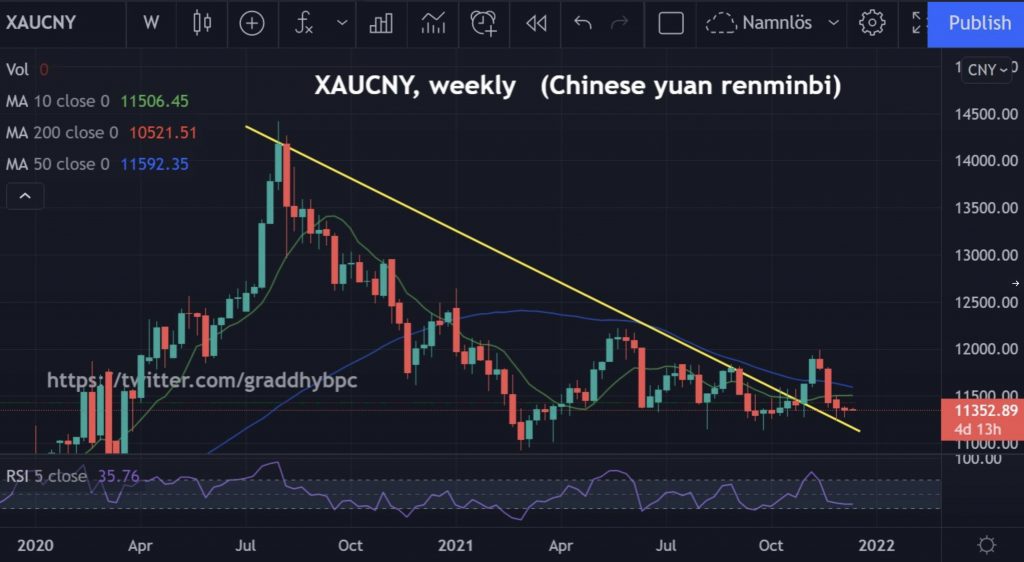 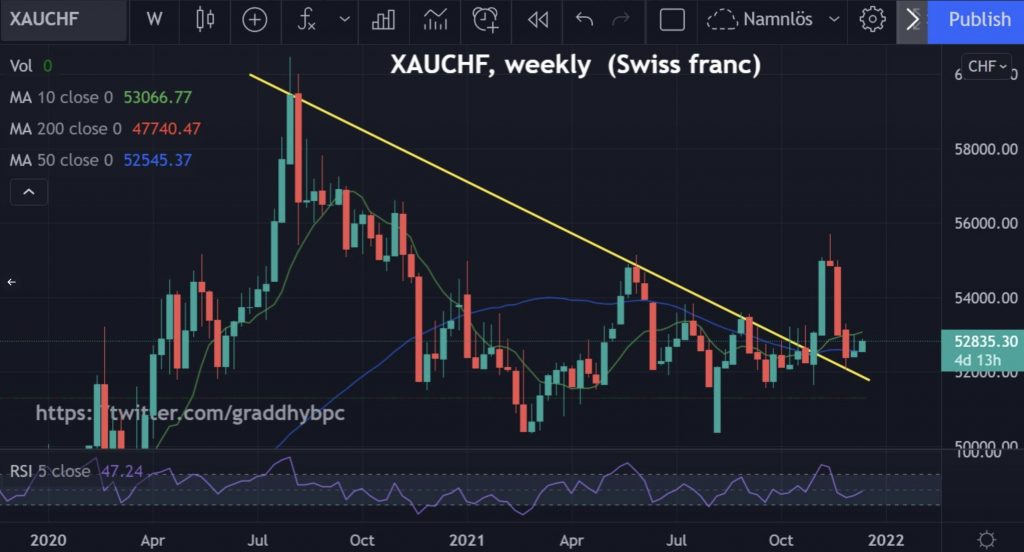