“When Stocks Crash, Gold Goes Down Initially” And “The Big Money Has Left The Stock Market”

“When stocks crash, gold goes down initially” and “The big money has left the stock market.”

Gold goes down initially…
April 25 (King World News) – Jim Rickards noted this regarding today’s takedown in the gold market:  When stocks crash, gold goes down initially as weak hands sell gold (mostly futures) to conserve cash to meet margin calls on stocks. The strong hands take a beat, then buy when the smoke clears. That’s the start of a long, steep gain…

The Big Money is fleeing stocks again
The latest semi-annual poll of large money managers from Barron’s showed a sharp drop in bulls. The survey represents the attitudes of hundreds of managers with influence over hundreds of billions of dollars under management.

While half of them were optimistic about the prospects for stocks last October, only a third of them are now. That’s the 2nd-lowest percentage of bulls in the survey’s history, next to October 2019, when only 27% of managers were bullish. 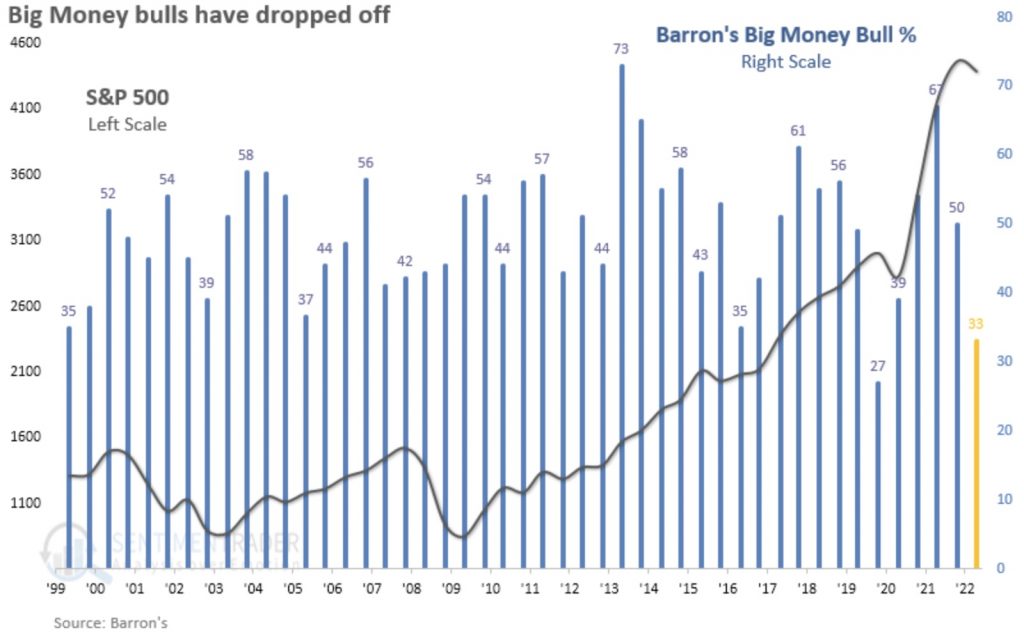 Even though they’re not optimistic, they still expect the S&P 500 to gain nearly 9% from mid-April through December. That’s par for the course – they almost always expect the S&P to gain about 7% over the next six months.

The percentage of bears rose, so the net difference between bullish and bearish managers plunged from +38% to only +11%, again the 2nd-lowest reading in 23 years. 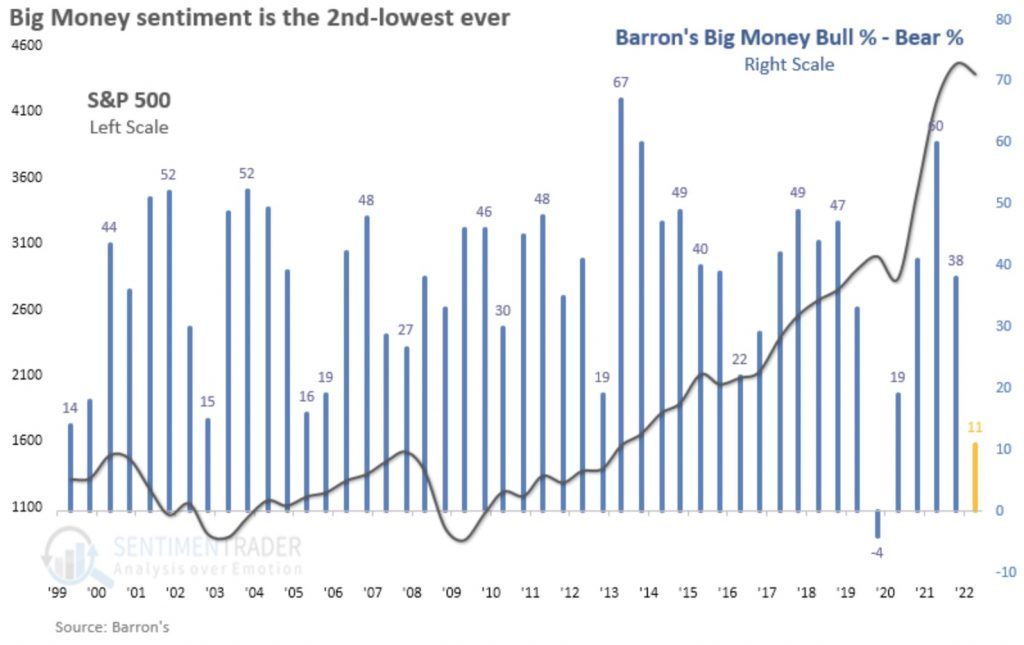 …What the research tells us…
Investors always seem to have a knee-jerk contrarian response to any survey of other investors. Maybe it’s an inherent need to feel superior to others, even though the vast majority are trend-followers when actually putting money to work. People want to feel superior, but they need to be comforted by a crowd. When it comes to the kinds of large money managers surveyed by Barron’s, there is compelling evidence that we should avoid this tendency in ourselves and not take their current pessimism as a sign that we should feel more optimistic. Quite the opposite, in fact. If those with influence over such large piles of money do not feel inclined to buy the dip, then stocks tend to struggle much more than when those people are feeling better about things. Add this to the pile of recent headwinds…To subscribe to Jason Goepfert’s fantastic work at SentimenTrader CLICK HERE.