With the price of gold surging $20, Peter Schiff says the collapse of the US dollar will lead the world back to gold, plus so goes China, so goes the world economy.

Got Gold?
July 10 (King World News) – Peter Schiff:  “Inflation is not created by employment but by the Fed. The Phillips curve was merely a diversion to deflect the public’s attention away from the real cause of inflation. Soon the Fed creation will transition from pushing up asset prices to pushing up consumer prices. Got gold?”

Collapse Of US Dollar Will Lead World Back To Gold Standard
Peter Schiff continues:  “Of course Powell does not think the U.S. should return to a gold standard. It would mean he would be out of a job. The U.S. economy performed far better under a gold standard than it has under the direction of the Federal Reserve…

So Goes China, So Goes The World Economy
Jeff Snider:  “As China’s industry goes, so goes China’s economy. As China’s economy goes, there goes global growth. Not much uncertain about any of it. That’s why rate cuts in three weeks. (See chart below). 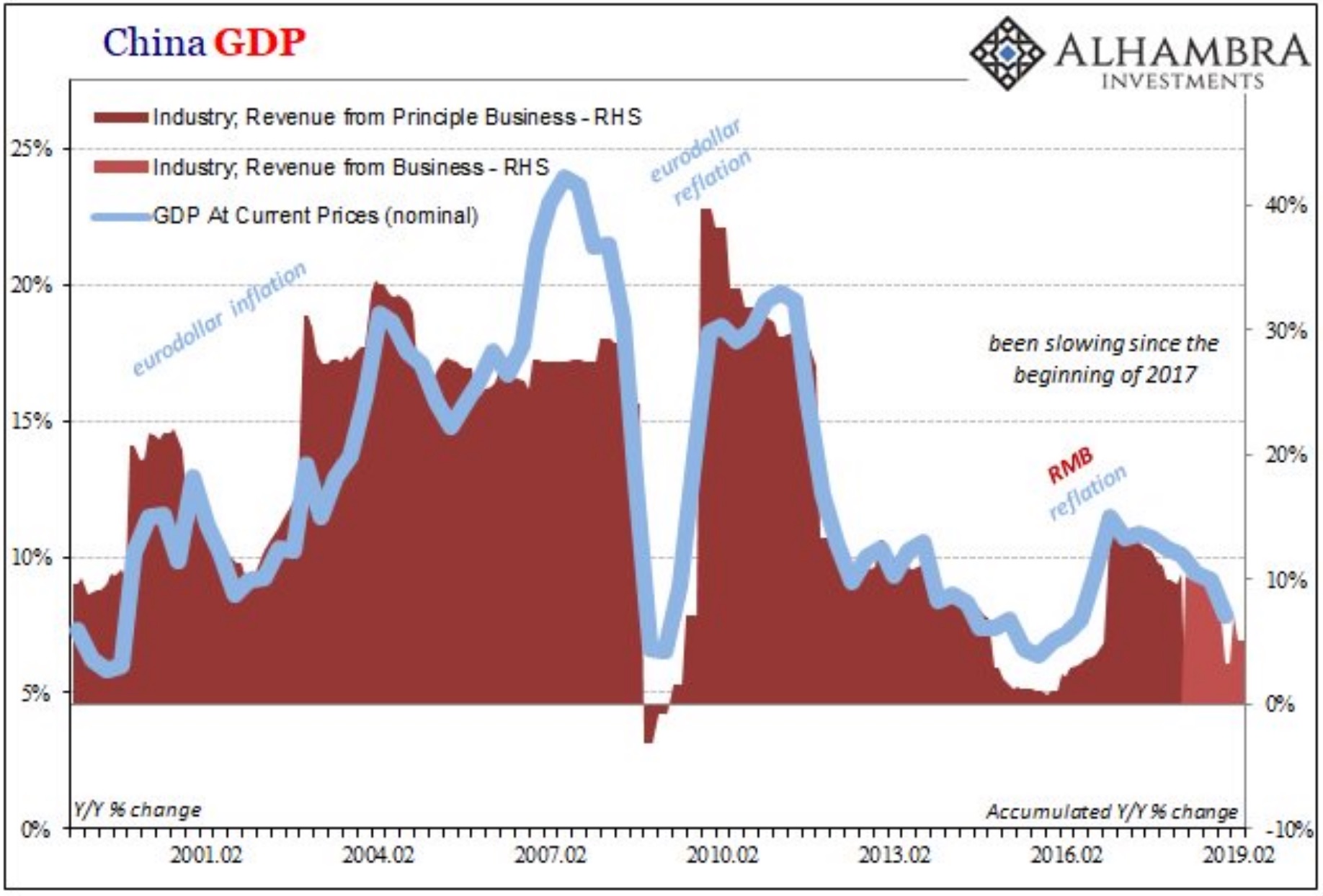 YES, WE ARE HEADED INTO A RECESSION: CEO Confidence Collapse Predicts Recession

KWN has released the powerful audio interview with Gerald Celente and you can listen to it by CLICKING HERE OR ON THE IMAGE BELOW.

Inflation: A Look At Rising And Falling Prices, The Bottom Line CLICK HERE TO READ

Chart Of The Day, Tidal Wave Of Demand For Assets, Problem With Central Bankers, This Should End Well CLICK HERE TO READ

Wow! Gold & Silver Update, 2019, And There Will Come A Time CLICK HERE TO READ

Are Things Beginning To Come Unglued? More People Borrowing To Get By, What Could Go Wrong? A Warning Regarding Stocks, Plus An Important Gold Chart CLICK HERE TO READ

WHAT DO THEY KNOW? Bullion Banks And Commercials Ramp Up Short Positions In Gold…Again CLICK HERE TO READ