Gold, Silver & The Shares Are On The Move But Here Is The Shocker

With gold and silver on the move and the U.S. dollar tumbling, there are a few surprises today.

The chart below show the long-term Gold/Oil Ratio has moved solidly in favor of gold, and is still trading near the all-time highs (see chart below). 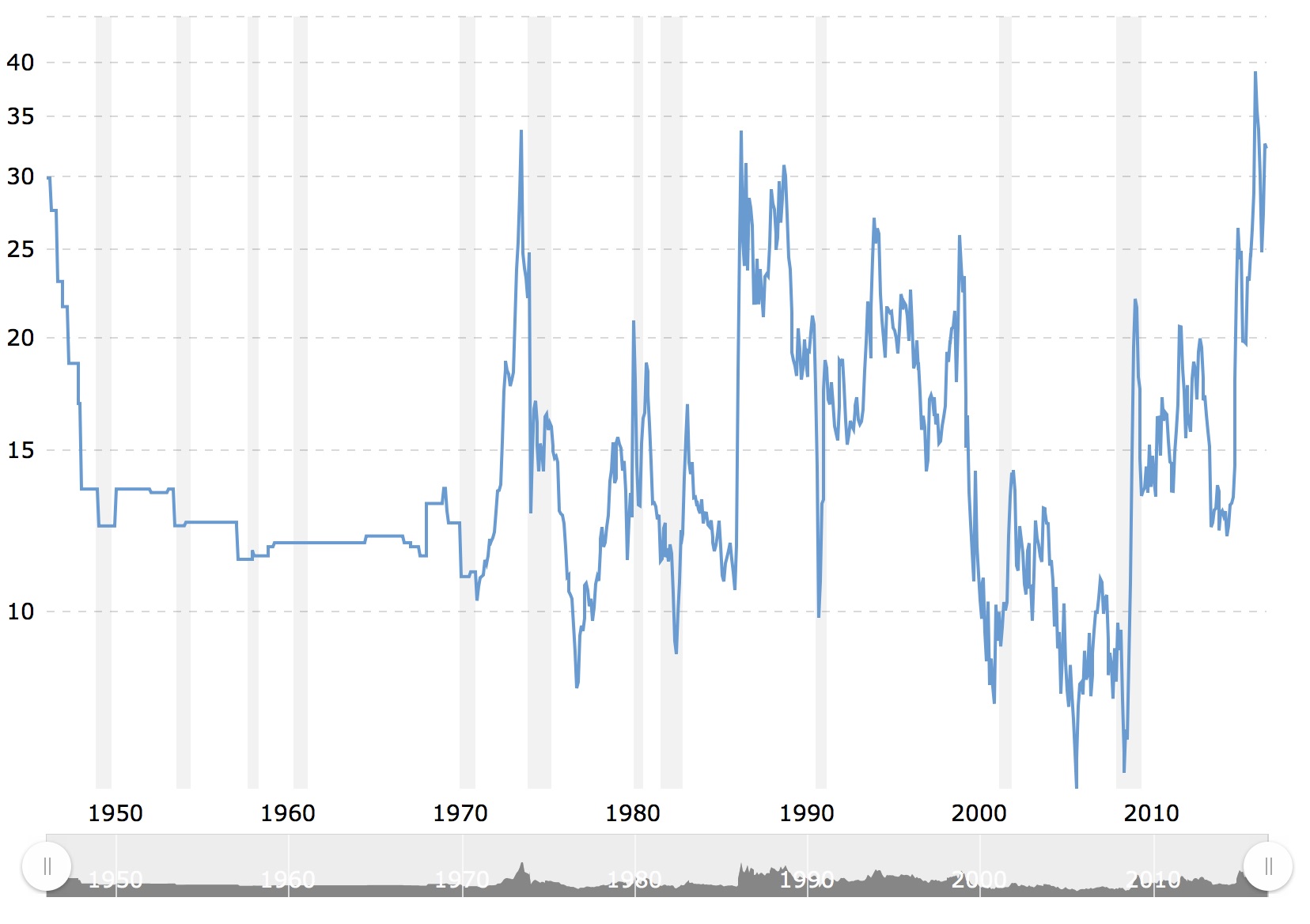 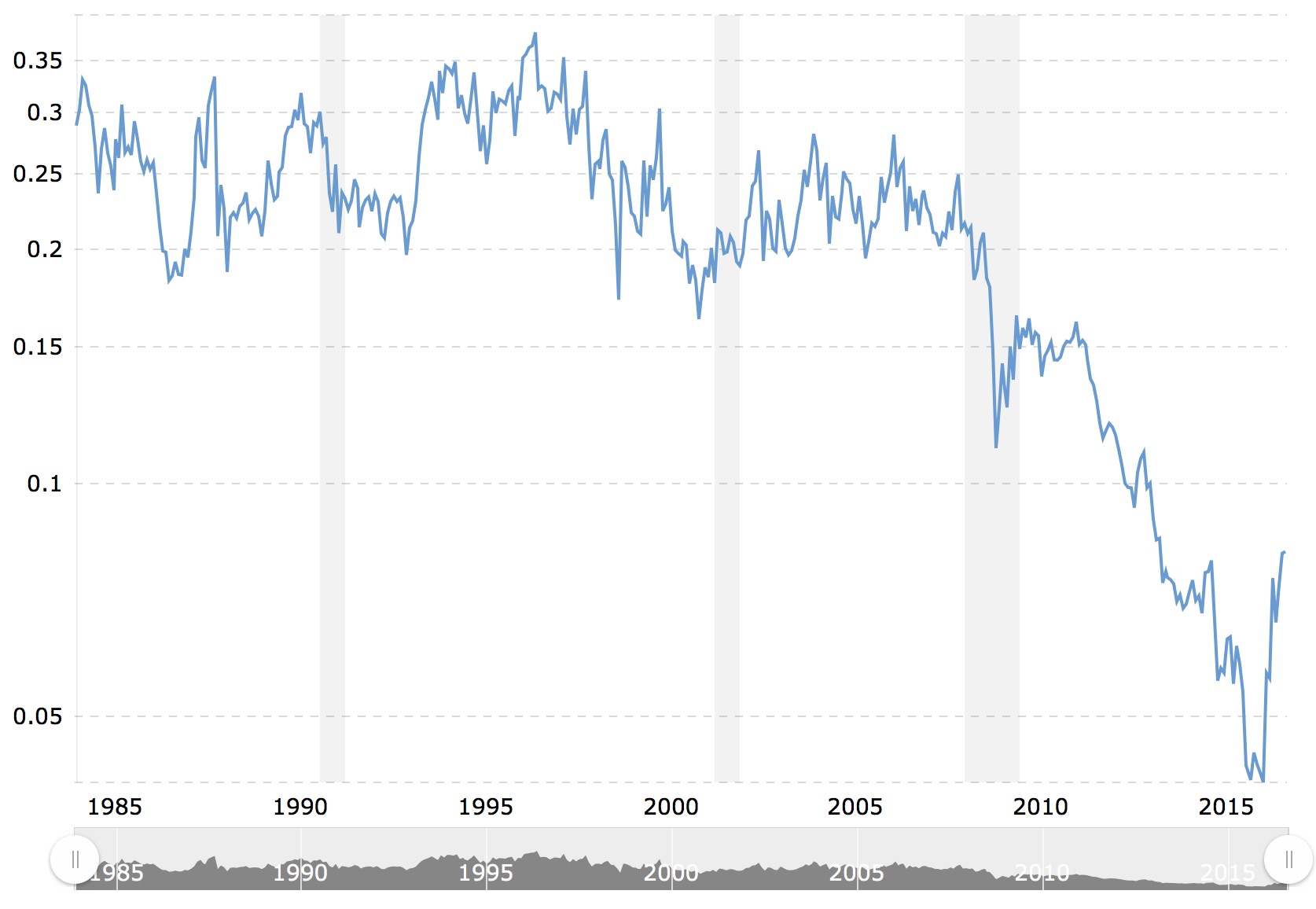 Part of the radical move to the upside in the mining shares is the chart above simply adjusting back to its median of level of .275, which is still much, much higher…

Before this bull market in gold and silver is over, I expect the XAU (mining shares) to be at an all-time record vs gold, above .40.  This means that the high-quality mining shares will outperform the price of gold by a factor of 5!

And here is an important note from Art Cashin…

A portion of today’s note from Art Cashin:  Easier Said Than Done – The BoE ran into a bit of a snag in only the second day of its bond buying program. They were unable to buy all the bonds they set out to, and had to pay a market premium for some of the bonds it did get. Here’s a bit from a front page story in today’s Financial Times:

Last week, BoE governor Mark Carney unveiled the £70bn bond-buying programme as part of a comprehensive package of monetary-easing measures designed to cushion the economy from an anticipated downturn following the UK’s vote to quit the EU.

The breadth of the programme surprised financial markets and led to a sharp drop in government bond yields as investors bet on years of economic stimulus.

On Tuesday, gilt yields collapsed further as it became clear demand from the BoE was outstripping supply of bonds to buy, pushing the yield on benchmark 10-year gilts to an all-time low of 0.56 per cent. Investors are questioning whether the auction shortfall indicated the BoE would continue struggle to find enough willing sellers to complete the revived £70bn quantitative easing scheme.

Pension funds, which are some of the largest holders of government debt, have proven unwilling to part with them because they need the income from long-dated bonds to pay commitments to pensioners. Lower yields also create a problem for many pension funds with funding deficits, increasing estimates of shortfall.

BoE officials are confident future auctions will be covered in full and pointed out that the shortfall was small and that trading in markets is thin in August. A statement will be released at 9am on Wednesday morning.

However, investors say the BoE is likely to run into the same problem at its next auction of long-dated gilts as pension funds grapple with severe funding mismatches.

Another hint of terra incognita in the world of central banking.

Overnight And Overseas – Asian markets are mostly mixed with very small changes. The exception is India where the market fell the equivalent of 225 points in the Dow.

In other assets, crude is softer as API data shows a build in crude and a less than expected drop in products. Doubts are also showing up on the alleged OPEC meeting. The dollar is softer as data makes Fed move more remote. Weak dollar is helping gold and other commodities.

Consensus – So far looks like a rerun of yesterday with futures showing small tentative changes. Crude may be a factor again with particular interest on the inventory data at 10:30.