The gold market is preparing to massively strengthen vs stocks.

June 8 (King World News) – Incrementum: …we doubt that the macroeconomic and political environment and, in particular, the earnings growth outlook justify such high valuation levels – especially in US markets. 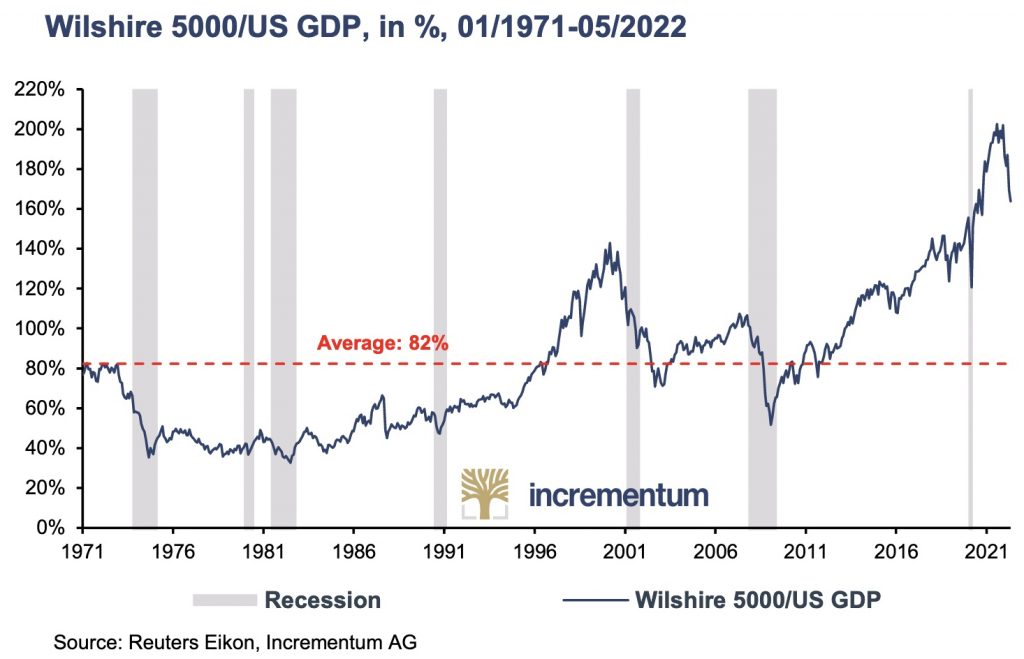 The following chart shows the gold/S&P 500 ratio since 2008. The downward trend, whereby one ounce of gold buys fewer and fewer shares of the S&P 500, was broken in 2018, and since then the ratio has been bottoming out. Currently, it appears that gold is slowly building relative strength again. The ratio is now slightly above the 90-day and the 1-year moving averages.

READY FOR A MAJOR TURN:
Gold Building Strength vs S&P 500 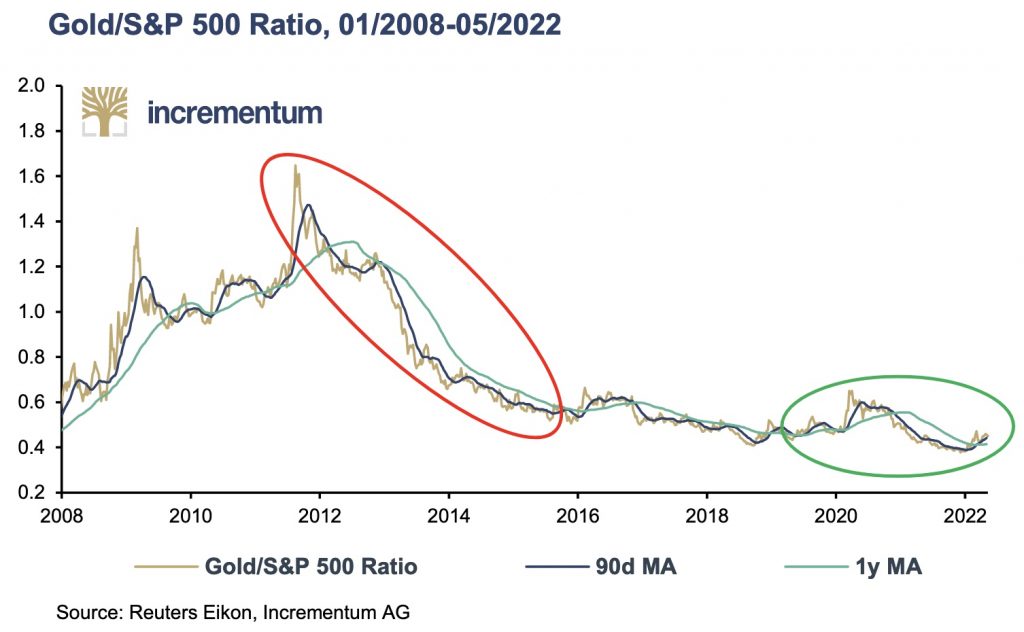 Let’s now look at the relationship over the longer term – since 1900.

Gold looks attractive compared to US equities and may have made a secular turnaround. The gold/S&P 500 ratio is trending to a mean of 1.67. The downtrend appears to have been broken, and the moving average has stabilized and is now pointing slightly upward again. Based on the previous counter-trend rallies, gold could more than triple against the S&P 500 if it reaches its 122-year median over the next ten years.

Gold Will Move From Massively Undervalued
To Massively Overvalued vs Stocks 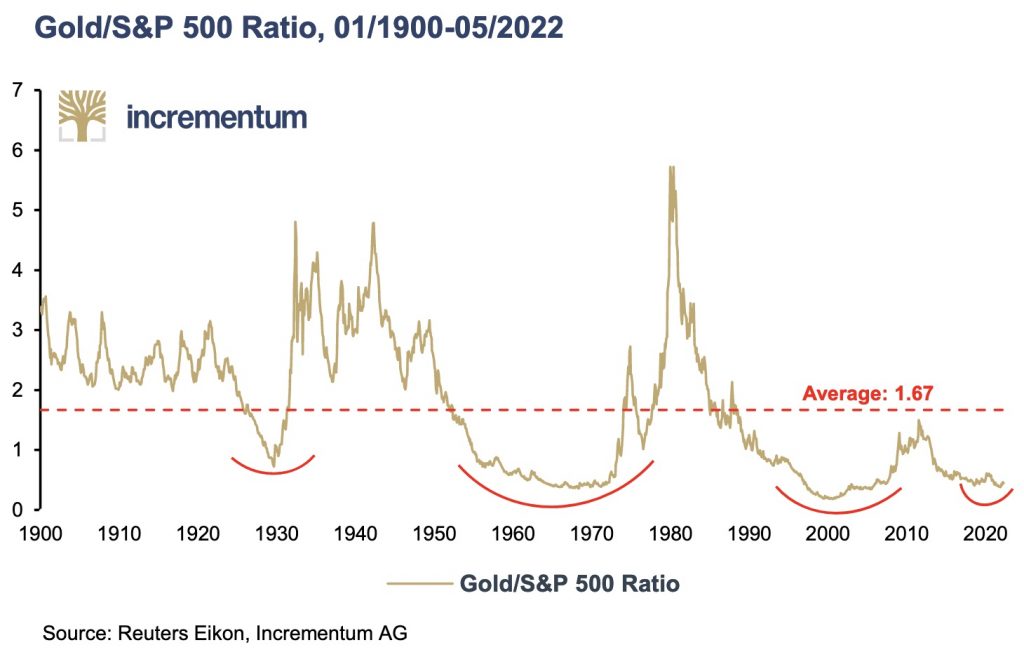 With Stocks Plunging Across The Globe And Gold Rallying, Take A Look At This…