Two veterans weighed in on the reality of why the gold market is bottoming right now.

The Bottom For Gold
March 30 (King World News) – Lawrence Lepard:  “Hulbert HGNSI is -45.0 tonight. It has only been this dismal or lower 0.5% of the observations since 2000. It doesn’t get any bleaker. This is how bottoms are hammered out.”

This Is What This Has All Been About — Criminal Banks
Alasdair Macleod out of London:  Eric, today’s action in precious metals is only due to the mess the bullion banks (the swaps) got themselves into as long ago as August 2019, illustrated in the chart below which is of their net short positions. 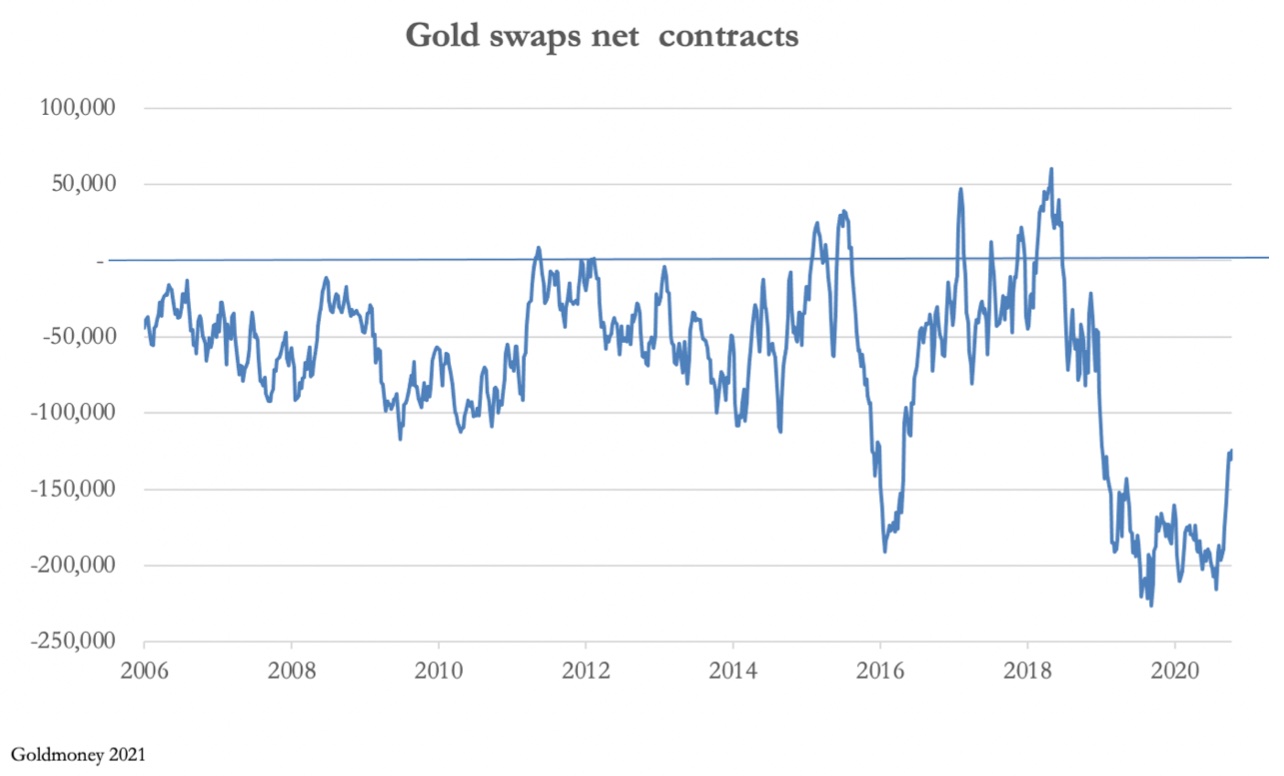 Only now have they reduced this position to below those levels of eighteen months ago in a concerted effort to do so. The first time, in March 2020, they failed when the Fed reduced its funds rate to zero, and instituted QE of $120bn per month. Now they are desperate before price inflation, which is increasingly acknowledged to be a developing and major problem, takes off with short-term rates suppressed at the zero bound…

Incidentally, this is the COT position for a week ago today.

The swaps managed to reduce their net shorts by 6.171 contracts, now being net short 124,230 contracts. Worryingly for them, the hedge funds have increased their longs for the second week in a row, but the Other Reported and Non-Reported categories have cut their net longs by 10,072 contracts. These are the guys who stand for delivery. Let’s see what they do with the April contract currently expiring.

It’s “All About Scaring Everyone”
In conclusion, paper prices are all about scaring everyone into closing paper gold positions and have nothing to do with physical reality, unavailable in reasonable size at current prices. No doubt the strategy is to scare ETF holders to sell as well. We have seen these tactics many times and survived by ignoring them. The fact is money printing is the only source of finance for everything. Physical gold and silver are scarce and wanted by those who understand the consequences what is going on in both monetary policies and the markets. READ THIS: Despite Takedown, This Is Signaling A Big Turnaround In The Gold Market, Plus Another Surprise CLICK HERE