KWN will be releasing 2 audio interviews later today. In the meantime…

Global Financial Systemic Risk
April 10 (King World News) – Egon von Greyerz out of Switzerland:  “Defenders of derivatives position is just a fraction of the gross which is estimated to be at least $1.5 quadrillion. Yes, of course the net position is much smaller after netting. But when counterparties fail, gross remains gross! Is Credit Suisse a real disaster waiting to happen? Time will tell. What is fairly certain is that the Archegos & Credit Suisse disasters are just the tip of the iceberg.”

Hedge Funds Making Moves In Gold
Alasdair Macleod out of London:  Eric, in what appeared to be a quiet week over Easter, we find that hedge funds have increased their longs by a dramatic 23,399 contracts. Since 9 March, they have added a net 37,042 contracts, and it could be game over for the Swaps.

The Swaps (bullion bank trading desks) have been trying to reduce their short positions as much as possible. This Commitment of Traders report for last Tuesday shows they may have reached the end of that road. Our next chart, of the monetary value of their gross and net shorts gives us some context. 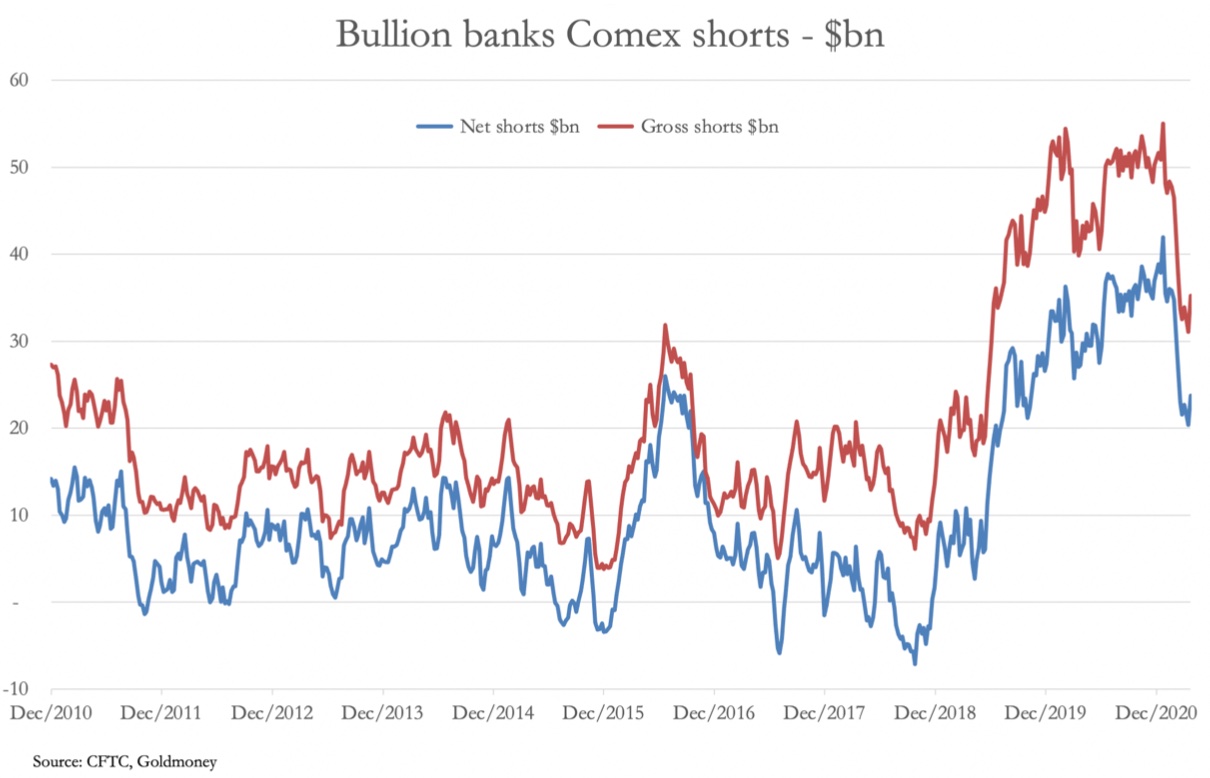 After reducing net shorts to $20.36bn the previous week, this week it jumped to $23.75bn. What we are seeing is the hedge funds in the managed money category realising that price inflation is about to take off, and the last thing the Fed will do is increase the funds rate. Therefore, the dollar must fall, so the trade is to sell dollar and buy gold.

Their average net long position, which we take as neutral, is 110,000 contracts: on that basis, and with 66,472 net being the current position, we can expect some more buying by hedge funds in the coming weeks as the inflation trade builds. The bullion banks have little alternative but to only sell contracts at higher prices, instead of going yet more short at current levels.