Here is what Peter Boockvar wrote today as the world awaits the next round of monetary madness:  All 26 members of the Euro STOXX bank index are trading down led by Deutsche Bank (down another 6%). The index is lower by 2.5% and trading at a one month low… 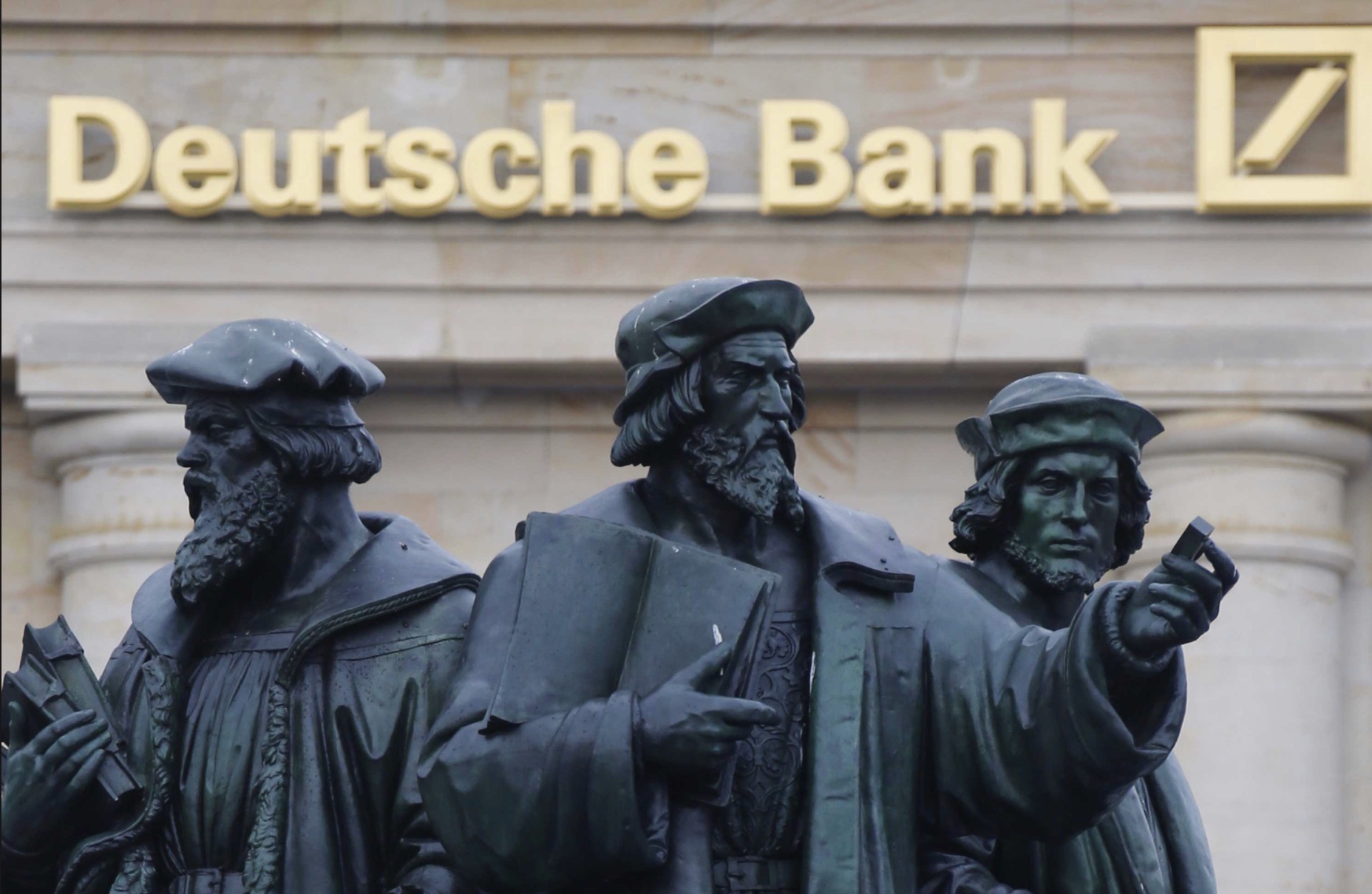 German Government Comments On Deutsche Bank
Focus magazine on Saturday reported that Merkel is not bailing anyone out before the September 2017 election. With respect to the $14b US Justice Department fine demand, a German government spokesman said today:

“The German government…expects that at the end of these negotiations, for reasons
of fair treatment, that a fair outcome will be achieved.”

Let’s be honest, when push comes to shove, the German government will be standing by Deutsche Bank if need be. We just don’t know to what extent and at what cost if it were come to pass. Either way, the economics of banking have been damaged and will continue to be by NIRP and “yield curve control” and its different forms.

The Monetary Madness Continues
The Japanese bank stock index fell 1.8% overnight after Friday’s 1.4% decline which followed the 7% spike after the BoJ gave us their latest monetary gimmick. Yields fell out to 10 years but rose past that up to 40 years. The 10 yr yield that the BoJ hopes to pin at zero is now at the most negative since late August at -.06%. I tried to lay out last week different possible outcomes of “yield curve control” and here is another one. Imagine if the BoJ is successful in getting inflation higher and pressure rises for the 10 yr JGB yield to rise, theoretically the BoJ will have to buy an unlimited amount of that maturity in order to pin the yield at zero. Also adding to the confusion over this “control” policy is that Kuroda said he has “no specific level in mind about where super long term bond yields should be” according to Dow Jones. Thus, an attempt at control will be only out to 10 years. The yen is higher and again is teasing the 100 level. Asian markets elsewhere were red across the board.

The German business confidence index as measured by IFO saw a pleasant upside surprise in September. The Business Climate index rose to 109.5, the best since May 2014 from 106.3 in August and the estimate was no m/o/m change. Both Current Conditions and Expectations were up. IFO said “The German economy is expecting a golden autumn.” Manufacturing, wholesaling and retail were all higher but construction in particular was a standout as it hit a new record high. Thanks to extraordinarily low interest rates, the German real estate market has gotten legs. The euro is modestly higher but the DAX has all 30 components lower due to the banking concerns stated above.

Enjoy the debate. Try not to laugh or cry.