On a day where stocks are rallying and gold is weaker, top trends forecaster Gerald Celente has just released a third major trend forecast for 2017!

Who Ever Said 2017 Would Be A Dull Year?
Gerald Celente:  “At the Trends Research Institute, we observe three worlds of influence that drive trends up or bring them down: The media world, the political world and the real world.

For the vast majority of society, beliefs are established and decisions are influenced by mass-media headline stories and social-media sound bites… both of which are steeped in overtones from the political world and passed off as news you can use.

Absent real-world facts and solid numbers – as the Donald Trump stock market rally, which has entered its fifth month, stalls – the 10 percent Standard & Poor’s bounce was pumped up by the business-media world of economic hype and the political world of hope and change you can believe in…

To date, while still shy of 100 days in office, we find scant evidence that the height of these lofty Trump goals will be scaled. Thus, we forecast that the 10 percent S&P gain is on trend to devolve to a 10 percent decline.

Danger Signs
According to a recent Bank of America Merrill Lynch survey of investors, stock shares are seen as more overvalued now than at any point since 2001. And, according to FactSet, the price-to-earning measure for the S&P 500 is now at its highest level since 2004. However, at best, Gross Domestic Product in the US is on track to only modestly increase above the 2 percent rate that has marked the slowest recessionary recovery since the end of World War II.

And, with beliefs in economic hope and change you can believe in fading, investors pulled $9 billion from funds invested in US equities at the end of March, according to fund flows tracked by financial-services firm EPFR Global. Conversely, flows into safe-haven gold funds hit five-week highs. 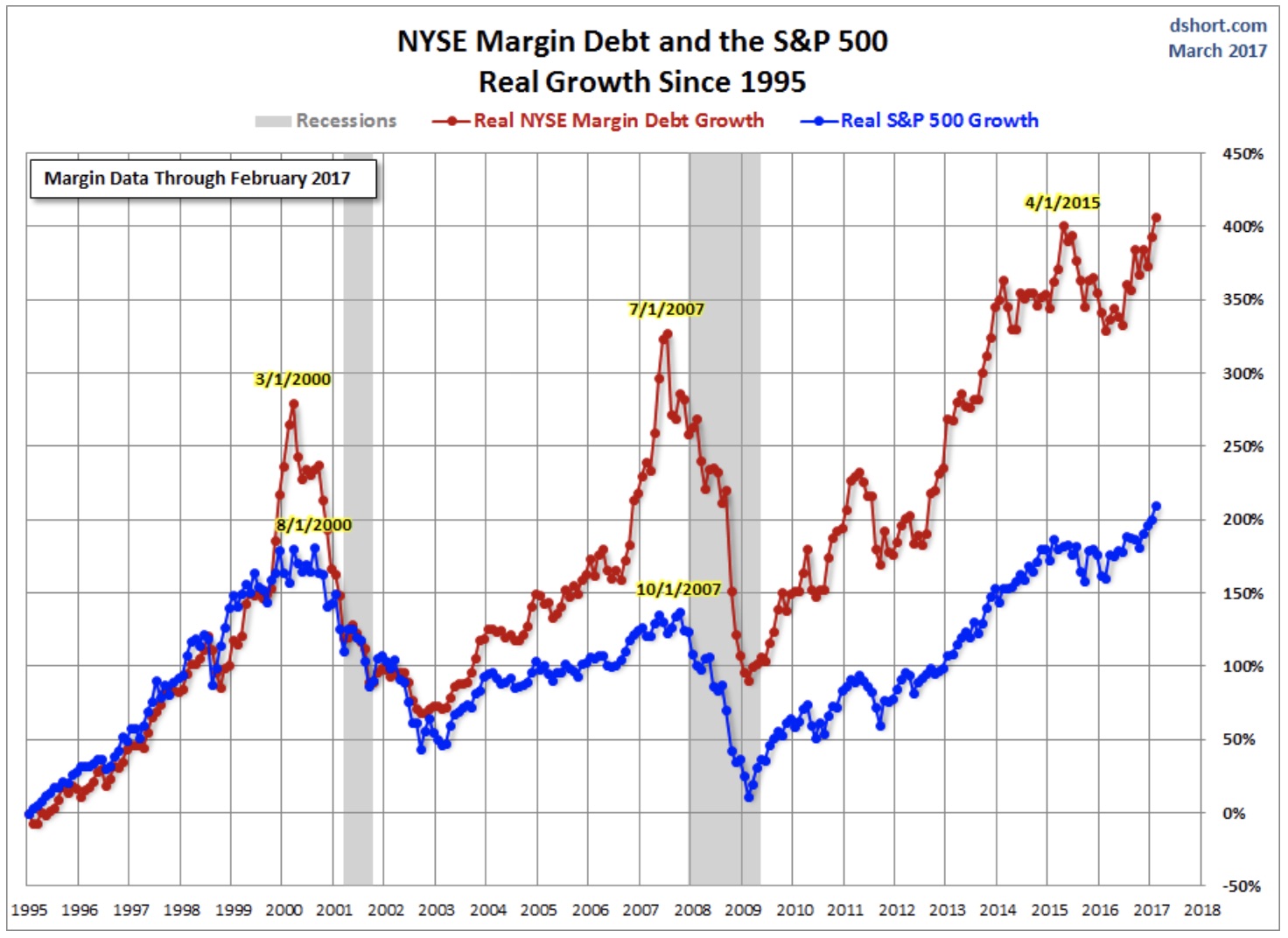 Another warning sign of an overbought market is investor margin debt, which, according to the New York Stock Exchange, climbed to a record in February. And, while rising levels of margin debt reflect investor confidence that the market will continue to rise, as history shows, the 2000 dot.com bubble burst and the Panic of ’08 struck when margin debt peaked right before the markets collapsed.

TREND FORECAST:
Unlike anytime in modern history, America is a nation divided. With Trump’s approval rating at a new low for a president during his first months in office, should economic panic hit Wall Street, words of assurance that “the fundamentals of the economy are sound” will be ridiculed. Thus, considering the volatility potential and absent fulfilled economic promises, we forecast gold will remain a safe-haven commodity with $100-$150 downside risk and a $2,000 upside potential when it strongly breaks above $1,400 per ounce. 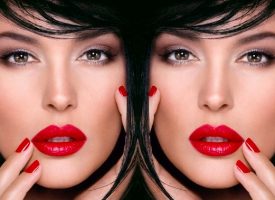