With stocks tumbling the price of gold hitting $1,240 in early trading, Gerald Celente just issued this major alert on gold and the stock market.

On Thursday, stocks roared back, recovering some of the losses on better- than-expected corporate earnings reports from a handful of companies.

Today, the S&P 500 has dropped into correction territory, and in early trading, the Dow and Nasdaq have given up yesterday’s gains…

Celente continues:  The selloff was ignited by tech-giant Amazon’s shares plunge that puts the Nasdaq on pace for its worst month since October 2008, the onset of the financial crisis, having lost more than 10 percent month-to-date.

Economic Growth Slows As Global Debt Increases
The market meltdown has accelerated with fears that economic growth is slowing globally … a trend that we had long noted that the moronic main stream media blames on a tariffs and trade wars while ignoring the basic fundamentals: “It’s interest rates, stupid!”

With some $250 trillion is global debt and with the U.S. dollar getting strong and currencies getting weaker … from government debt, to corporate collateralized loan obligations (CLOs), to consumer debt … the higher interest rates rise, the higher the cost of servicing the debt. 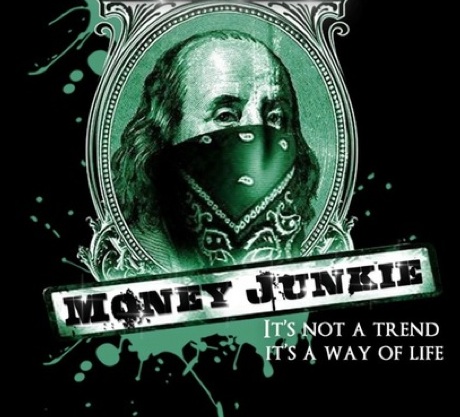 And now, with interest rates rising, especially in the U.S., equities markets and economies that got their cheap money super high from their central banksters’ monetary heroin fix, are about to crash.

On the global stage, in China, the world’s second largest economy, growth has slowed to Panic of ’08 levels; the Shanghai Composite Index, down some 30 percent, keeps falling despite the government’s National Team’s intervention to buy up stocks to prop markets up.

Across European markets, slowing economic growth, the effects of higher U.S. interest rates and Rome’s battle with Brussels over its budget, which threatens both the European Union currency and its economic stability, are driving markets lower.

The FTSE All World index is down 7.3 percent this month, its worst performance since the peak of the 2012 eurozone crisis.

TREND FORECAST:
Ascending from the growing economic and equity market turmoil is the price of Gold. As we have long forecast, as equities begin to melt down, gold will heat up. Over the past year we have forecast the downside of gold was in the $1,200 per ounce range, which it has fallen to.

And now, with the first wave Economic 9/11″ strikes hitting equity markets and economies hard, gold is at the $1,240 range. When gold reaches the critical breakout point of $1,450 per ounce, we forecast it will spike to $2,000 and higher. *********Within hours KWN will be releasing one of Egon von Greyerz’s best audio interviews ever and you can listen to it as soon as it’s released by CLICKING HERE OR ON THE IMAGE BELOW.

ALSO JUST RELEASED: On The Heels Of Some Wild Trading Across The Globe, Shocking Moves Are Taking Place In These Key Markets CLICK HERE TO READ.

BUCKLE UP: The Great Unwind II Will Be Catastrophic