With continued uncertainty in global markets, today a legend in the business sent King World News a powerful piece about the recent carnage in global markets with comments from superstars Jeff Gundlach, Ray Dalio and others.

By Art Cashin, Head Of Floor Operations At UBS

January 21 (King World News) – Some Other Thoughts On The Selloff’s Extremes – The morning carnage was not just intense and ugly, in many ways it was extreme. Here’s some examples from Keene Little of the Option Investor:

This morning’s decline had many analysts pointing out how strong the selling was and what it might mean (there was a lot of fear but interestingly, the VIX registered only a minor new high above last Friday’s and not even close to the August 2015 high). Jason Geopfert (sentimentrader.com) had tweeted this morning that the lopsided selling, if the market didn’t recover, was something the market had experienced only twice before since 1940 — October 19, 1987 and August 8, 2011.

Another analyst had noted that there were 30 stocks down for every one up. A 10-to-1 ratio is considered extreme (a 90% day) and here we were experiencing a 30-to-1 ratio, which is why many thought we were in the middle of a crash lower. It does show how quickly the market can get lopsided because of a generally low liquidity environment without the market makers like we used to have. When HFTs, which account for about 80% of our volume now, either step aside or step on the market’s throat we can see abnormal price action, although perhaps it’s becoming more normal to see large fast moves.

While I thought the morning selloff was very intense as noted, I would not have guessed that the internals put it on a scale alongside the crash of 1987. That truly is extreme.

How The Afternoon Rebound Helped Us Dodge A Key Bullet – Yesterday, my friend Jeff Saut sent out an email citing his associate, Andrew Adams. Here’s the opening paragraph:

Today has the feel of capitulation, similar to what we saw on August 24th, 2015 and October 15th, 2014 (the last two major market bottoms). As I write this, all of the major averages are down around 3%, and the S&P 500, at its current low of the day, was dragged 15% underneath its all-time closing high from last May. With that said, this time is a little different from those two prior capitulation lows because the severe selling we have recently experienced has caused both the S&P 500 and Dow Jones Industrial Average to break down beneath prior major lows, meaning these markets are now in a downtrend of lower highs and lower lows. If the DJIA closes today below 15666.44 that will also reconfirm the Dow Theory sell signal of August 24/25th that we have repeatedly mentioned in our commentaries and chose to ignore, which is another way of saying that the intermediate-term market trend has reversed to the downside.

So, if we had not had that sharp afternoon rally, we would have reconfirmed a Dow Theory sell signal. That could have broken an already wounded market.

Skeptics Still Abound Despite Rebound – Bloomberg has a column this morning with more than a few market skeptics. Here are a few:

The Standard & Poor’s 500 Index will drop another 10 percent to 1,650 and oil could fall as low as $20 a barrel as investors flee for safety, according to Scott Minerd, chief investment officer of Guggenheim Partners. Jeffrey Rottinghaus, whose T. Rowe Price mutual fund beat 99 percent of rivals over the past year, said stock prices could fall another 10 percent as the U.S. economy slips into a mild recession.

“I expect a protracted decline in the S&P 500,” Jeffrey Gundlach, co-founder of DoubleLine Capital, said in an e-mailed response to questions. “Investors should sell the bounce-back rally which could come at any time.”……

“Excessive risk exposure is adding to the selling pressure,” Gundlach said. “Today’s plunge into the lows looked like a margin call liquidation type of event.”

Rottinghaus, manager of the $203 million T. Rowe Price U.S. Large-Cap Core Fund, said “industrials and commodities have been in a recession for at least six months” in the U.S. “What we are trying to figure out is how much that bleeds into the consumer side of the economy,” he said in an interview. 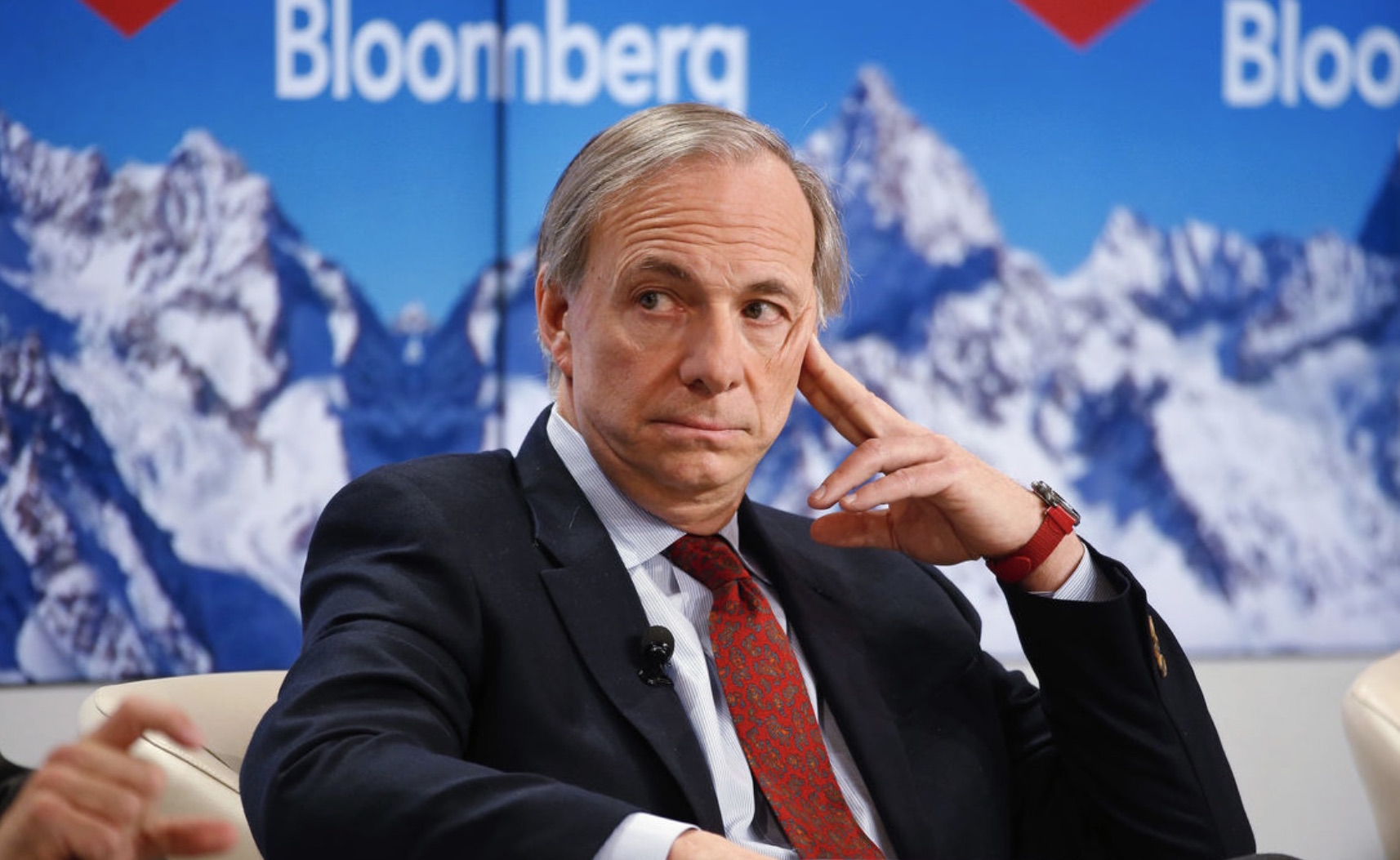 And then, of course, they cited Ray Dalio:

Hedge fund manager Ray Dalio said global markets face risks to the downside as economies near the end of a long-term debt cycle. The Federal Reserve’s next move will be toward quantitative easing, rather than monetary tightening, the founder of Bridgewater Associates said in an interview with CNBC from the World Economic Forum in Davos. That won’t be easy, because rates are already so low, he said.

“When you hit zero, you can’t lower interest rates anymore,” Dalio said, according to a transcript of the interview. “That end of the long-term debt cycle is the issue that means that the risks are asymmetric on the downside because risks are comparatively high at the same time there’s not an ability to ease.”

Overnight And Overseas – All eyes and hopes are on Mario Draghi. Those hopes have most European markets in the green after Asian markets got whacked. Hong Kong managed to close above the key 7800 level, where all of that feared derivative shuffling kicks in. The new WTI contract is struggling to stay above $28 after API said that inventories in both crude and products swelled nearly double the street estimates.

Consensus – Asian markets rallied and then rolled over into serious red. U.S. futures were better overnight and then gave it up as dawn neared. As noted, Europe is up on Draghi hope. Crude is likely to remain dominant. On a pullback, need to defend yesterday’s lows. Stay wary, alert and very, very nimble.