For most of us in our later years, the stories of Snow White, Hansel and Gretel, Rapunzel, and Rumpelstiltskin ring in our memories mostly with fond connotations. These stories were derived from ancient German fairy tales collected and popularized in the 1800s by two brothers, Jacob and Wilhelm Grimm. 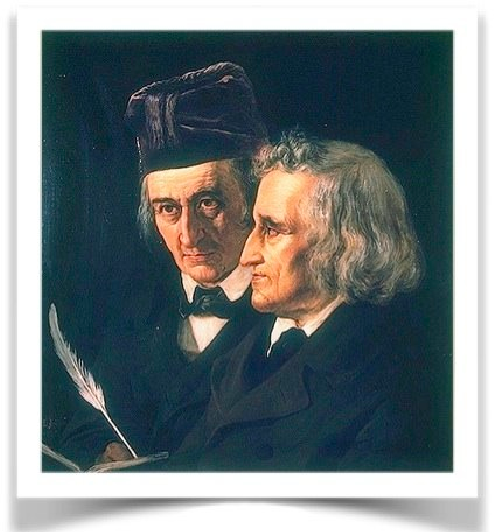 The brothers developed a keen interest in their ethnic folklore and began collecting and publishing the tales. The collections came to be known as Grimm’s Fairy Tales.

In our time Snow White and the Seven Dwarfs as well as Sleeping Beauty were immortalized by the Disney Studios….

In contrast to the happy and memorable aspects of interpretations used for those two films, the tales were frequently not without dark and socially unacceptable aspects that had to be modified during different cultural eras. Those same dark threads would be celebrated by none other than the Third Reich. As they say, “Different strokes for different folks.”

The financial markets were moved last week by economic fairy tales, and for those invested in the precious metals and miners, the action was grim. The fairy tales came in the form of announcements that happened to coincide with the official ending of QE3 and the November elections in the United States. The number for GDP was greater than expected. No matter that the primary driver was government spending, particularly on the military. The mainstream pundits took the number and ran with it. After all, the pundits have been raised on the notion that government spending is ideal, so they probably did see it as a wonderful number.

Among the other fairy tales was that consumer sentiment was surging. We also have been told that unemployment is back in the “mission accomplished” zone for the Fed. Another tale is that inflation continues to be stagnant and that the central banks are focused on fighting deflation. To the Fed, low inflation, low gasoline prices, low interest rates, low unemployment, and a resurgent stock market are all signs of a job well done.

As the Brothers Grimm discovered, many of the best fairly tales have those dark components. Our modern economic fairy tales are no different. Under all these wonderful pronouncements lie many dark truths. Inflation is tame only for those who don’t eat, require a roof over their head, use transportation, or need education. The unemployment rate is wildly underreported in the U.S. The rate is catastrophically high for the youth of Europe. The price of gasoline is down but not from a lack of demand. As we have seen with gold and silver, it was the withdrawal of demand for “financial oil” in the derivatives markets that caused the price of a barrel to fall.

In one sense QE caused a financial recovery: The banks were saved and enlarged. The stock market, at least for the popular indexes, moved to new highs. Bonds have hit historic highs due to the zero-interest-rate policy but also due to the flood of money that has sought a home as a byproduct of QE. Credit quality considerations have been swept aside as this avalanche of QE-related money was placed. We would have normally said “invested” but at the current rates, the best-case scenario is not losing money. Financial recovery — yes. Economic recovery — tepid at best.

The biggest fairy tale was that quantitative easing would create a sustained economic recovery. Both Japan and Europe are now cascading down that path, despite even former Federal Reserve Chairman Alan Greenspan’s recent admonition that quantitative easing was a failure. In the case of Japan, the numbers involved are staggering. Our suspicion is that the real goal here is to encase government bonds in the bowels of their central bank, never to see the light of day again. In that fashion, the money can be used to purchase another huge portion of the stock market and to recapitalize the Japanese retirement pools facing huge losses on those inevitably toxic government bonds.

Where we go from here is hard to say. From a supply/demand standpoint, none of what happened in the metals and energy markets makes any sense. You should not have plunging prices when demand is surging and supply is tenuous or evaporating. It is probably a combination of official policy as well as the momentum-driven investment world in which we find ourselves. Central banks can trigger these smashes and backstop their proxies against loss. But a potent part of the cascading declines in these markets has to do with the impact of the algorithms, the machines and the mechanics of stop-loss orders.

Unless there is an agenda to destroy the metals and mining markets and companies, we should be approaching a tremendous buying opportunity. This is also particularly true for oil. It was a positive sign that the price of oil was down on Friday but many of the key energy-related entities were rising. We will look for a similar pattern early this week to see if we have reached bottoms in the metals and mining sectors. At a minimum, the U.S. elections will make for a tumultuous trading week. One way or another, this Western central planner concocted fairy tale will end in disaster and hard assets such as gold, silver, and oil will skyrocket. KWN has now released the two extraordinary audio interviews with Andrew Maguire and billionaire Eric Sprott and you can listen to them by CLICKING HERE.