As King World News correctly headlined yesterday, the Fed did in fact raise the interest rate .75 today, but look at these two shockers!

June 15 (King World News) – Steph Pomboy:  Junk bond yields have gone from 4% at the end of Dec (eg 6 mo’s ago) to 8.4% today. That’s their highest level since 2015. Prepare to see an absolute ONSLAUGHT of corp defaults and downgrades. The myth of corp B/S strength is about to be shattered spectacularly.

Onslaught Of Corporate Defaults On The Way! 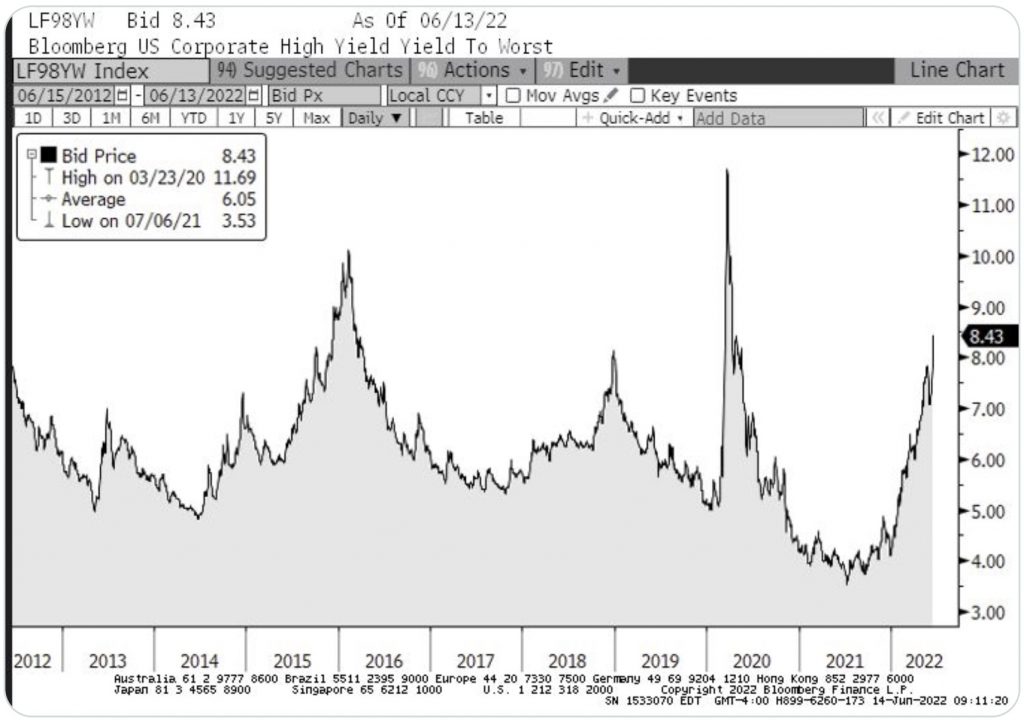 China Does Not Want To Get “Russia’d”
Otavio Costa:  Meanwhile…. China continues to dump US Treasuries. Their holdings just reached new decade lows. 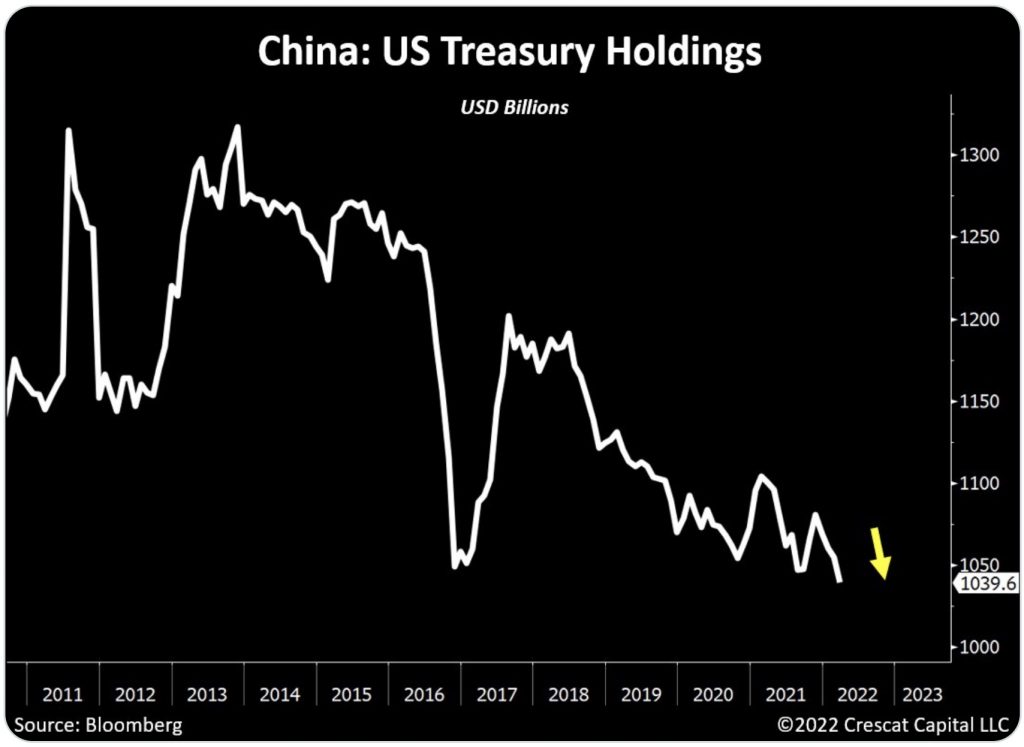 Fed Decision
Peter Boockvar:  … Apparently having a different opinion than the Atlanta Fed, the first sentence of the statement read “Overall economic activity appears to have picked up after edging down in the first quarter.” They talked about the “robust” job market and used the same inflation wording that they’ve done before. They repeated that they are “highly attentive to inflation risks.” It’s good that they finally are.

What was very interesting is that Esther George, who is soon retiring and was what I thought one of the few real hawks on the committee, voted to only hike 50 bps…

Keith Neumeyer Predicted $100+ Silver And $3,000 Gold! TO LISTEN CLICK HERE OR ON THE IMAGE BELOW.

The median dot plot has the fed funds rate at 3.4% by the end of the year which would assume another 175 bps in total at the remaining 4 meetings. With respect to their economic forecasts, they raised their 2022 inflation forecasts (headline by 9 tenths and core by just two tenths) but left their 2023 estimates little changed and the same with 2024 (too far out to be relevant though). They got more realistic on their unemployment rate forecasts but only barely. They estimate the unemployment rate to be 3.7% this year vs 3.5% in their last forecast and they expect an increase to only 3.9% next year. So the Fed is embarking on the most aggressive hiking cycle in 40 yrs but they estimate barely any impact on the unemployment rate. As for their estimate for GDP, it went from 2.8% last time to 1.7% now and next year they also expect 1.7% growth. NO central banker will EVER estimate a recession keep in mind.

Bottom Line
Bottom line, maybe someone in the press will ask Jay Powell who at the Fed called the WSJ in order to lay the groundwork. After all, Friday’s core CPI was just one tenth more than expected. Either way, everyone is now out hawking themselves on how high the fed funds rate needs to go to in order to tame inflation and we’ve seen the fed funds futures market say 4% and others even say 5-6%. Those that are believing this is possible I don’t believe appreciate how sensitive the US economy and asset prices are to this sharp rise in rates and I’d be fading those guesses all day long.

I also expect the 2s/10s spread to now invert again after the 5s/30s did the other day.

HYPERINFLATION ALERT: Expect A Surge To $2,200 Near Term As Soaring Inflation Cripples Economies