We are now seeing extreme readings. In fact, the last two out of three times this happened it top-ticked the stock market.

Sentiment Spread
April 10 (King World News) – The following is from Jason Goepfert at SentimenTrader:  There is often a battle raging between price action and sentiment. At times of extreme pessimism, price action looks horrible and it’s hard to imagine any reason to buy. At times of extreme optimism, anyone hinting at caution is ridiculed as a perma-bear or other silly derivative…

“Both projects, independent of each other, have the opportunity to give us 10-20 times the current share price!” CLICK HERE OR BELOW

By late January, some of the models and indicators we follow had fully recovered from the December devastation, and a few were even showing a high level of optimism. When that’s happened before, stocks had a consistent tendency to decline over the next 1 or 2 months. This time, they rolled right over all those readings.

Along the way, we’ve registered more and more extremes, which is typical for a persistent uptrend, up to a point. By Monday, the spread between Smart Money and Dumb Money Confidence fell below -50% (see chart below).

Sentiment is entering an extreme phase 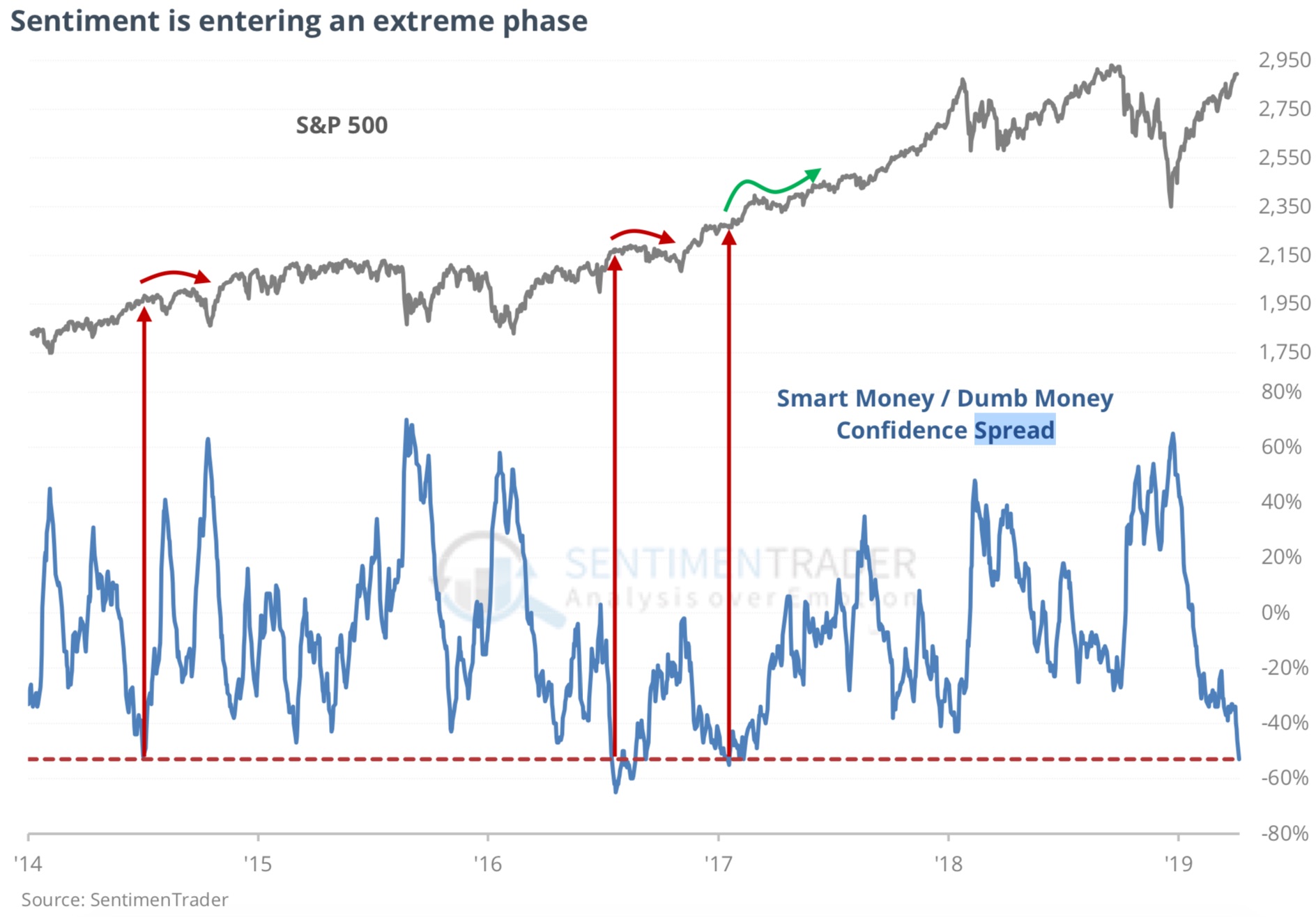 Over the past five years, this has happened three other times, two of which essentially top-ticked the market, and the other most assuredly did not – it was the precursor to the very odd and powerful 2017 trend. This is another example of why Jason Goepfert is the best in the world at what he does — providing actionable market data. To subscribe or try a free two week trial to the internationally acclaimed work that Jason Goepfert produces at SentimenTrader CLICK HERE.

BONUS INTERVIEW: To learn which company’s Chairman just told investors, “Both projects, independent of each other, have the opportunity to give us 10-20 times the current share price!” CLICK HERE.

***Also just released: ALERT: This Is The First Time We Have Seen This In 46 Years! CLICK HERE TO READ.