With stocks and the dollar trading lower, here is what Western governments don’t want people to see.

“America is losing its status as the world’s hegemonic power – just as Britain did before it.” — Stanley Fischer

The Quiet Global Panic Into Gold
By Ronald-Peter Stoeferle, Incrementum AG Liechtenstein
May 30 (King World News) – The increase in gold reserves should be seen as strong evidence of growing distrust in the dominance of the US dollar and the global monetary and credit system associated with it…

King World News note:  Many of the KWN staff were traveling around the world with Mr. King for more than 2 months and they have just returned, so the audio interviews will kickoff shortly with London whistleblower Andrew Maguire!

Stoferle continues:  Apart from economic interests, geopolitical interests and power aspirations play a very important part in this context as well. In recent years the governments of countries such as China, Russia, Iran, and even Turkey have frequently and more or less openly questioned the US-dominated global economic order. Their distrust is reflected in the steady expansion of their gold reserves. The following chart illustrates this by showing the change in gold reserves held by China, Russia, India, and Turkey over the past decade: 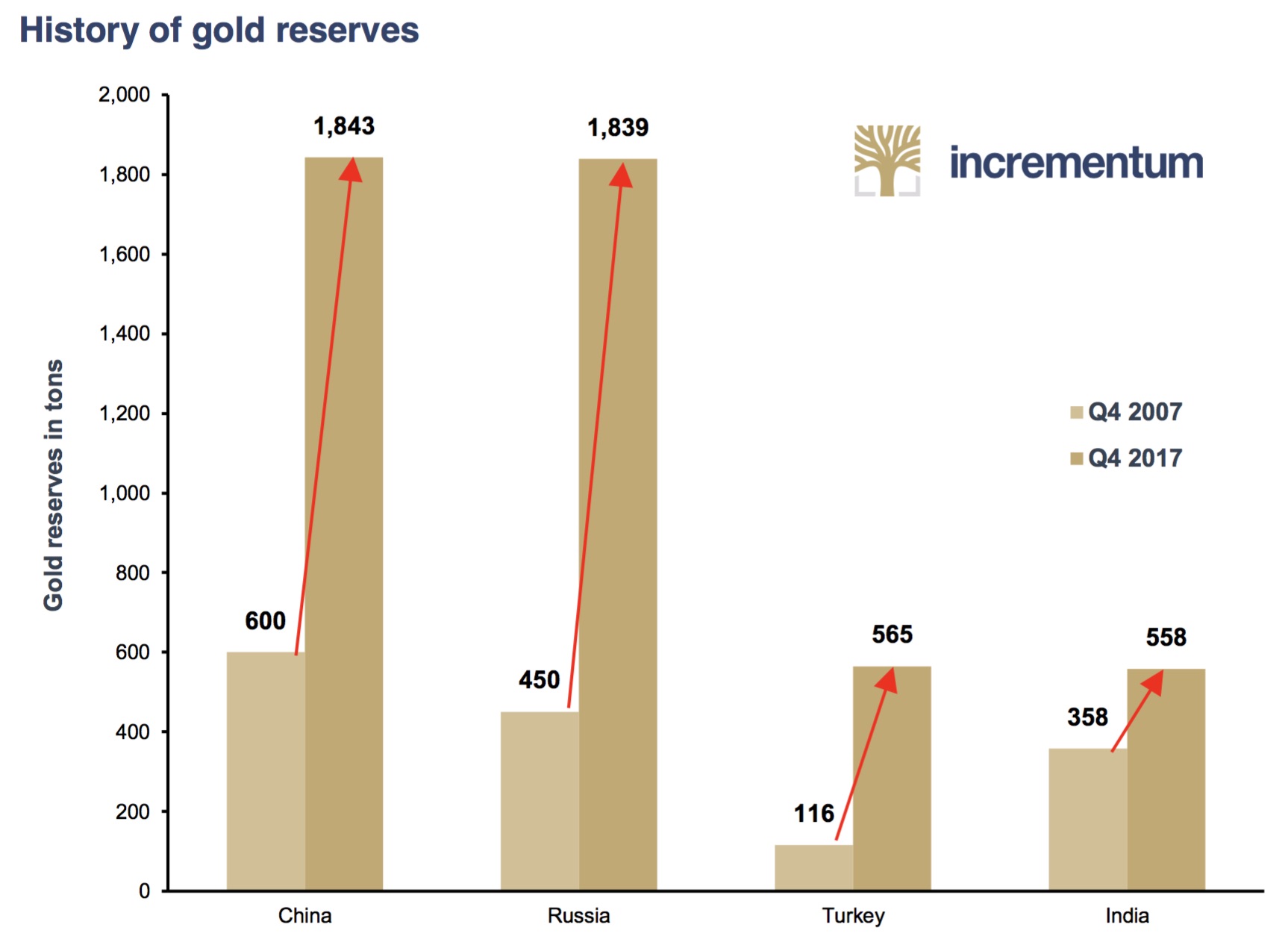 King World News note:  Keep in mind that the US economy is in stagflation and when the United States went through stagflation in the 1970s, gold soared 25.5-times in price and the price of silver went up 38-times.  When the pendulum swings in gold’s favor and away from stocks, the upside gains in the gold and silver markets will be breathtaking.