On the heels of the recent upside action in gold and silver, today an analyst out of Europe told King World News that silver has already broken out and and the price of gold is headed $10,000+ higher.

Major Breakout In The Silver Market
The following long-term silver chart and commentary was sent to KWN by analyst David P. out of Europe…

Analyst David P. out of Europe:  “Silver broke out in September and the breakout is very significant.” 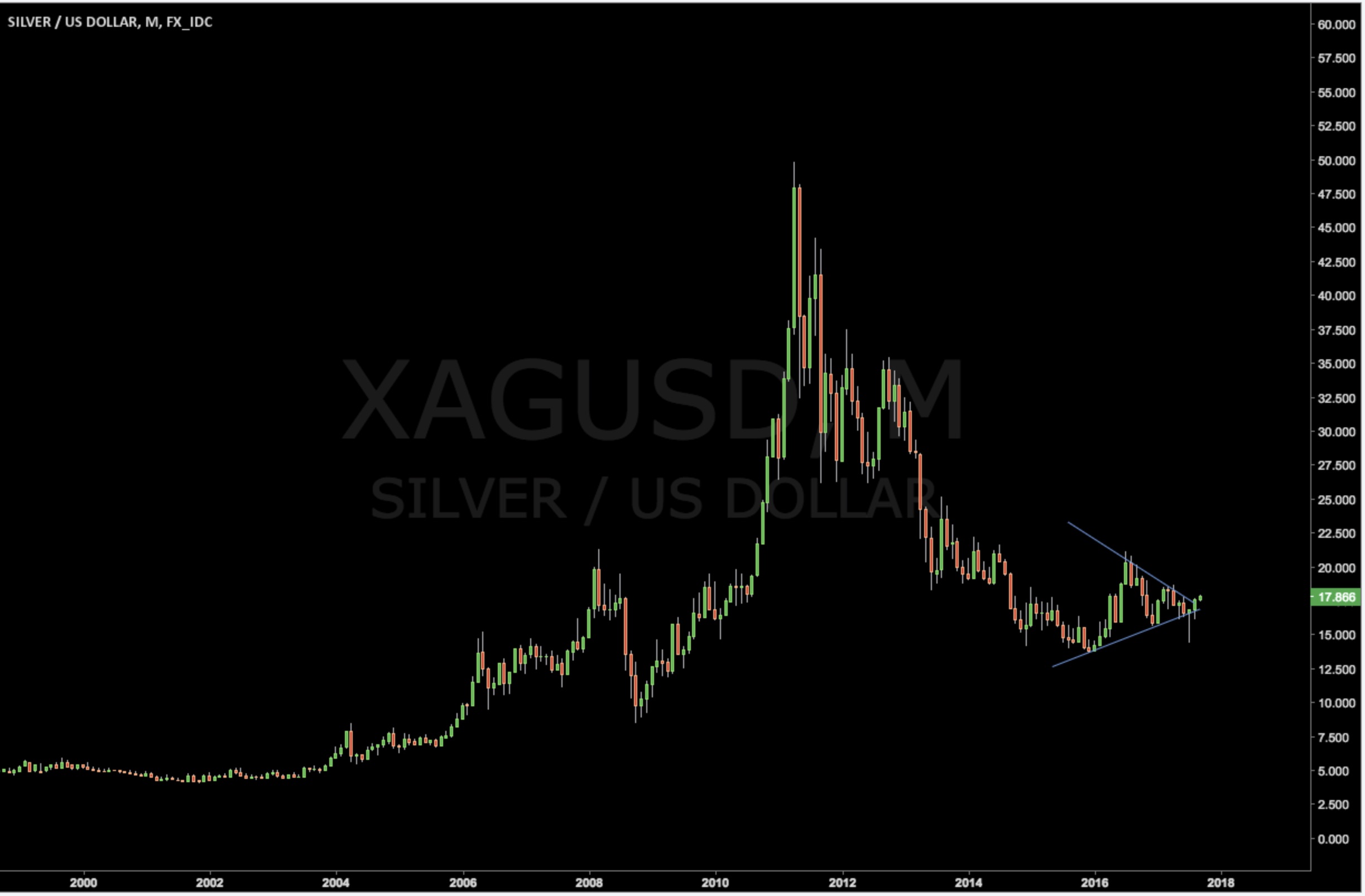 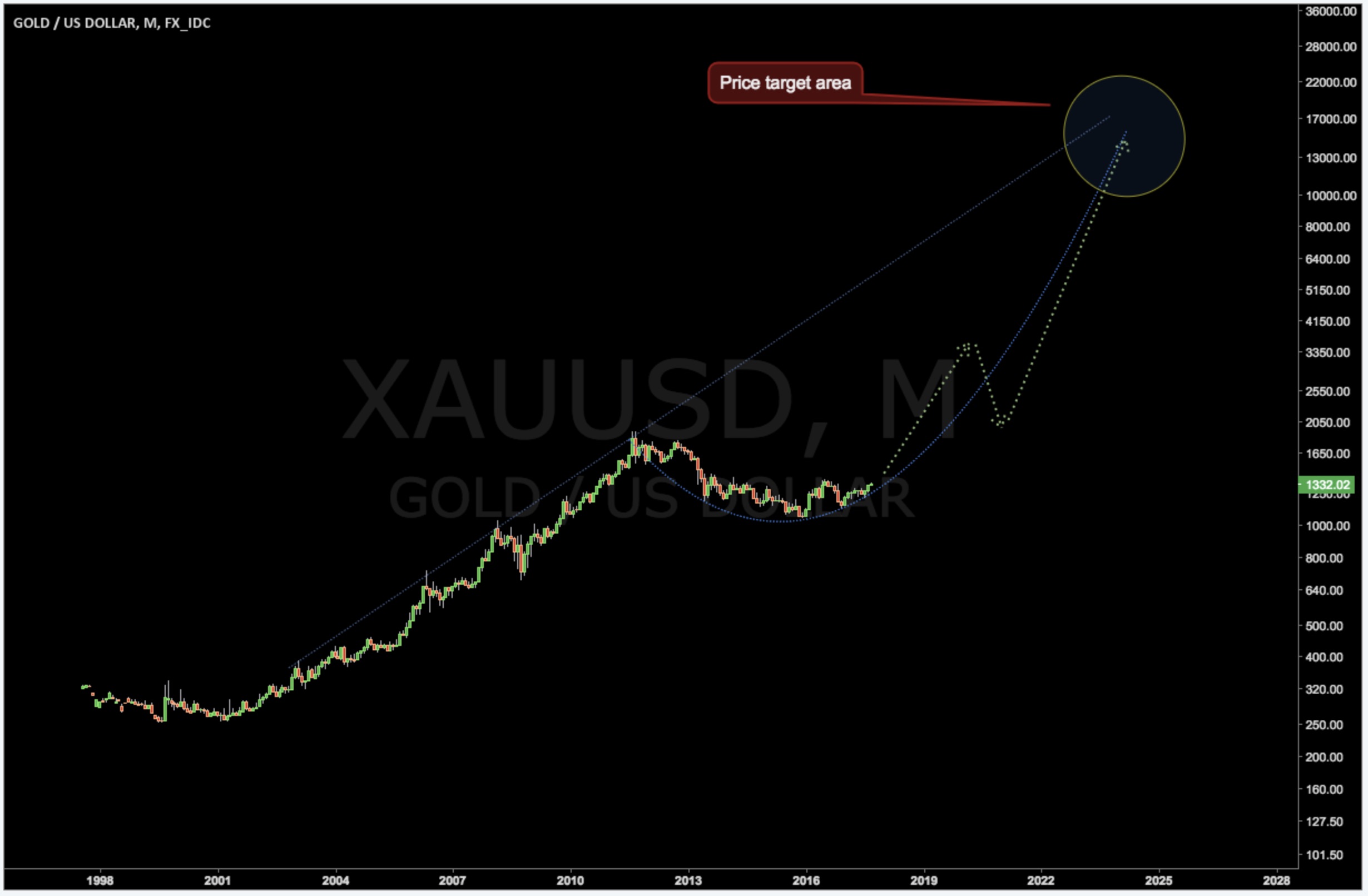 Also, this is David’s mega-bearish dollar chart, which represents a huge bullish setup for the gold price… 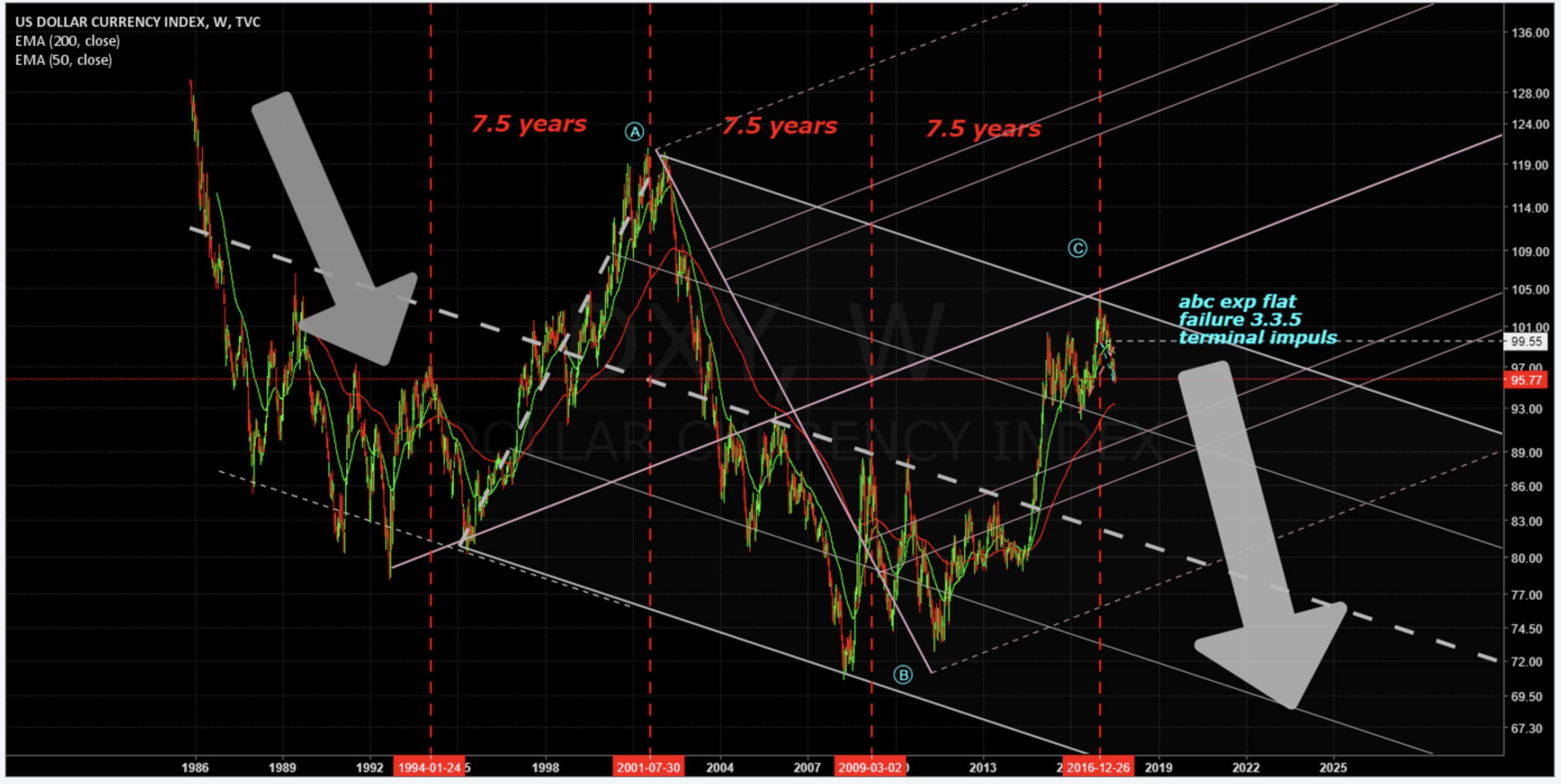 The Bottom Line
King World News note: The bottom line is that the gold and silver markets are in the very early stages of the next leg higher in their secular bull markets, which will take their prices to new all-time highs.  Patience is required in the early stages.  Remember, do not try to get cute and time the moves because that is an easy way to lose your position and get left behind in a bull market.