ECONOMY IMPLODING: 50 Year Record Shattered As US Consumer Is Devastated. Take A Look At This…

The economy is imploding: A 50 year record is shattered as US consumer is devastated.

This Can’t Be Good
June 8 (King World News) – Steph Pomboy:  I was just checking to see when the Citi Eco Surprise Index had last deteriorated as rapidly as it has in the last 7 weeks (-113pts). The precedents aren’t good. 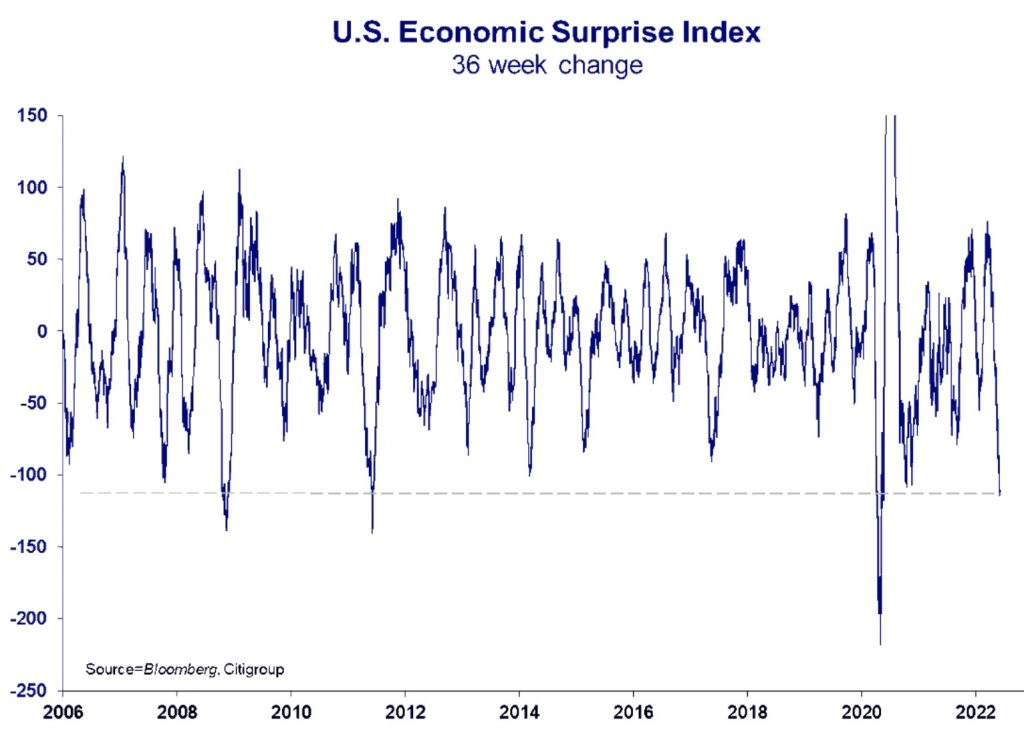 Brother, Can You Spare Some Credit?
The Daily Shot:  US revolving credit balances (credit cards) are now above the pre-COVID peak. 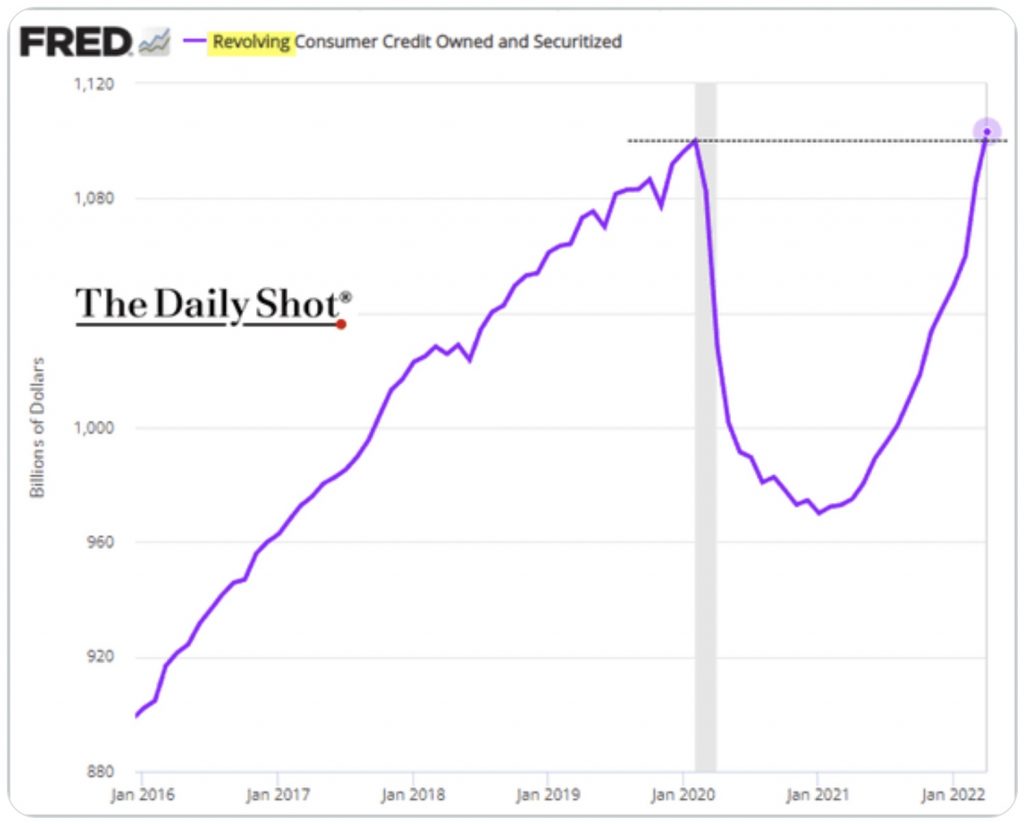 US Consumer Imploding
Charlie Bilello:  How is US consumer spending holding up despite inflation outpacing wage gains for 13 straight months? 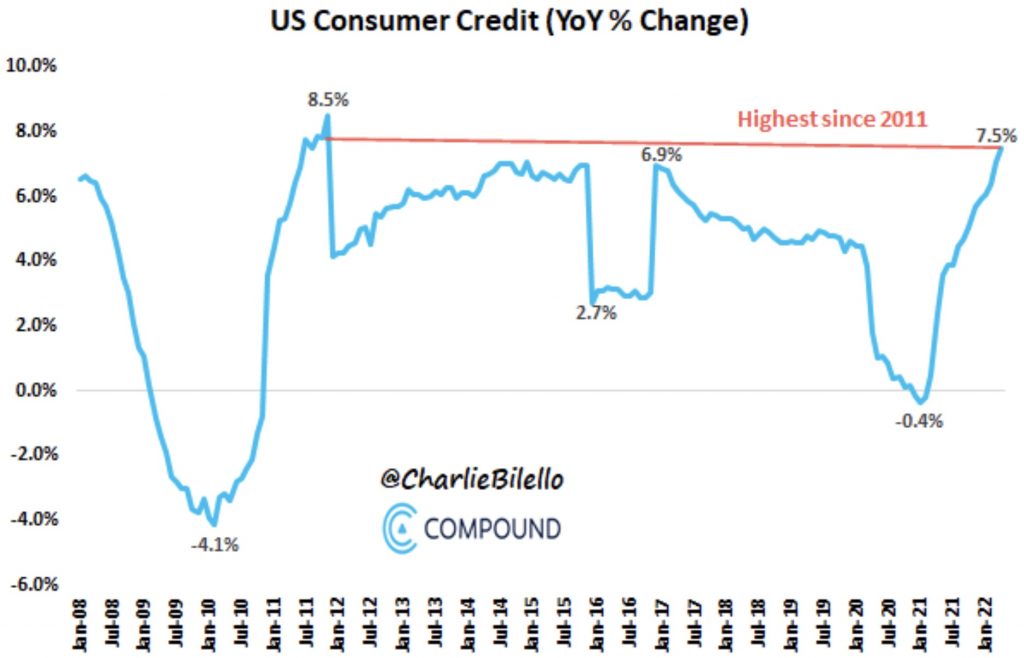 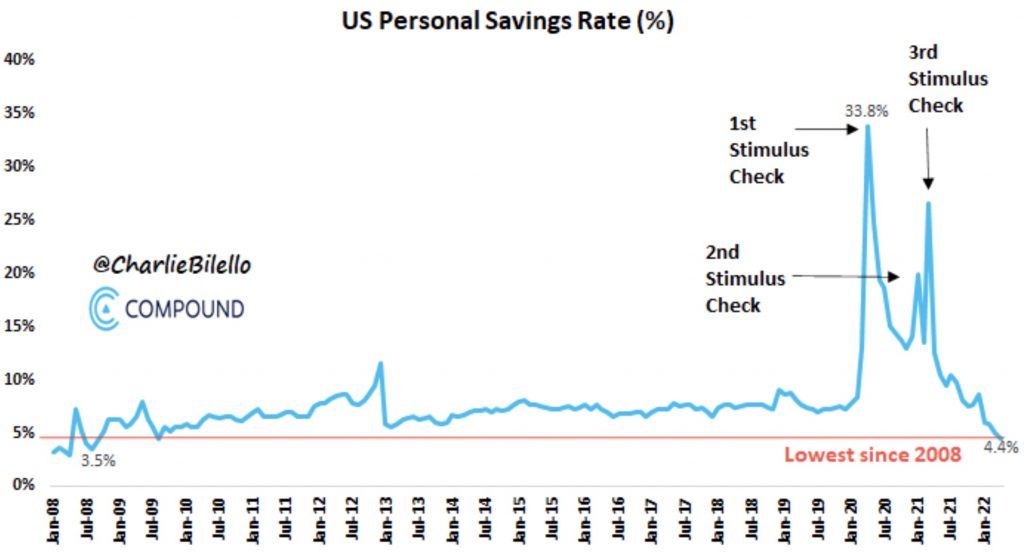 When Do They Admit We’re Already In A Recession?
Charlie Bilello:  In a new Wall Street Journal-NORC poll, 35% of Americans said they were not satisfied at all with their present financial situation, the highest level of dissatisfaction recorded since the poll began in 1972.

HIGHEST SINCE SURVEY BEGAN IN 1972:
All-Time Record 35% Of Americans
“Not At All Satisfied” With Their
Present Financial Situation 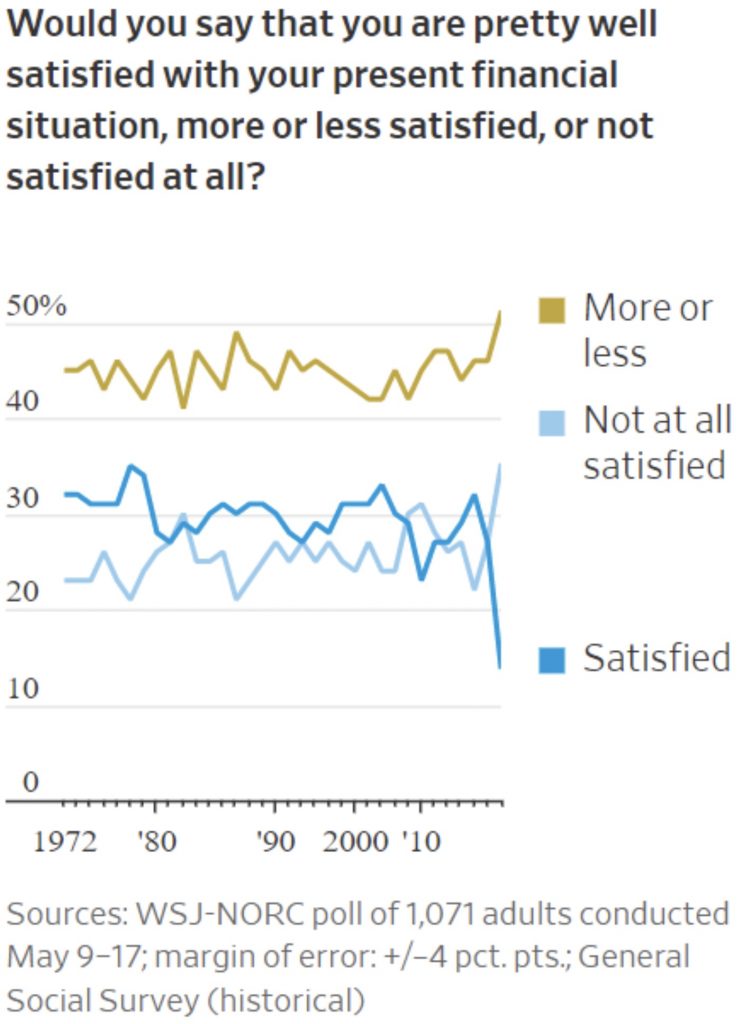 “Made In America” Making A Comeback

The Crisis Is Upon Us