With chaos and trading panic just around the corner as we kickoff 2018, each sequential move in this critically important market will lead to a jaw-dropping $10 trillion of mark-to-market losses.

$10 Trillion At A Time
By Peter Boockvar, author of the Boock Report
January 9 (King World News) – Here is what Peter Boockvar wrote as the world awaits the next round of monetary madness:  Last Thursday, the Institute of International Finance reported that global debt levels touched $233 Trillion at the end of Q3 2017, up $16 Trillion from the end of 2016. To quantify the potential impact of the current environment of less central bank easing and outright tightening and assuming an average duration of 5 years, for every 100 bps increase in interest rates would lead to about $10 Trillion of mark to market fixed income losses. The modest positive though was the global debt to GDP ratio fell to 318%, down 300 bps from the peak seen in Q3 2016 thanks to an improvement in global economic activity. As we can assume they’ll never be an outright reduction in debt levels, faster economic growth must outpace the increase in debt…

I’ll bottom line this point with this: a rise in interest rates is the biggest threat to the world’s economies and markets. I don’t believe it’s anything else considering the enormous amount of leverage in so many places out there that has been built up, feasting on historically low rates for the past 10 years.

Last week we saw a 6 1/2 year high in Bulls in AAII and another week of above 60 Bulls in II, the longest stretch ever in the survey’s 50+ year history. Below is a chart of the Citi Panic/Euphoria model. 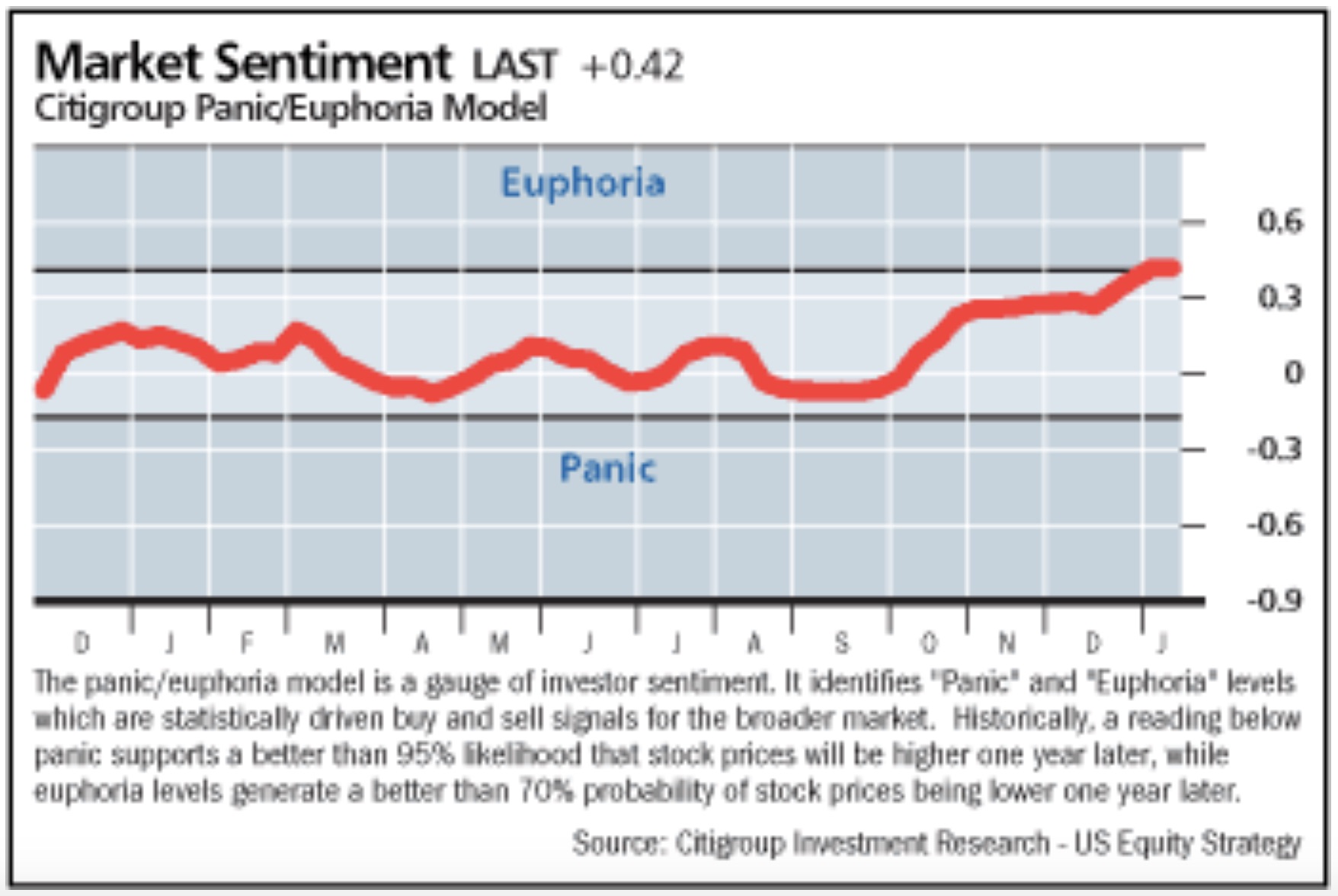 It previously touched the ‘Euphoria’ level briefly in 2014 and in 2008. I do want to emphasize that of course the Bulls can be right for a while as they’ve certainly been so this indicator should just be part of other things you look at as you become fully aware of your surroundings in this market.

King World News note:  One thing is absolutely certain, when the stock market “euphoria” reverses, it will be one hell of a move in the other direction and the primary beneficiary of the loss of confidence will be the gold and silver markets as well as the shares of the high-quality companies that mine the metals.  Continue to patiently accumulate on the pullbacks and expect a very big year for gold and silver.

***ALSO JUST RELEASED:  Greyerz – This Is The Real Reason Why 2018 Will Be An Absolutely Terrifying Year CLICK HERE.