What a day: Dow plunges over 600 and the Nasdaq collapsed nearly 5%!

That Was Ugly
October 24 (King World News) – Here is a portion of today’s note from Jason Goepfert at SentimenTrader:  That was ugly. Not many areas were spared on Wednesday, and losses were heavy. Even so, we’re still not quite seeing what could be considered full panic or capitulation. It’s relatively close, but not quite there. We don’t have to see anything like that, and usually don’t, but this has that kind of melty-down feeling…

Spike In Pessimism
The decline on Wednesday was enough to push several more of our core indicators into excessive pessimism territory, and we’re now seeing one of the largest clusters of pessimistic readings since the 2009 bottom.

Many of those extremes are registering on “dumb money” indicators, so much so that Dumb Money Confidence has eroded to 22%, the lowest since 2016 (see charts below). 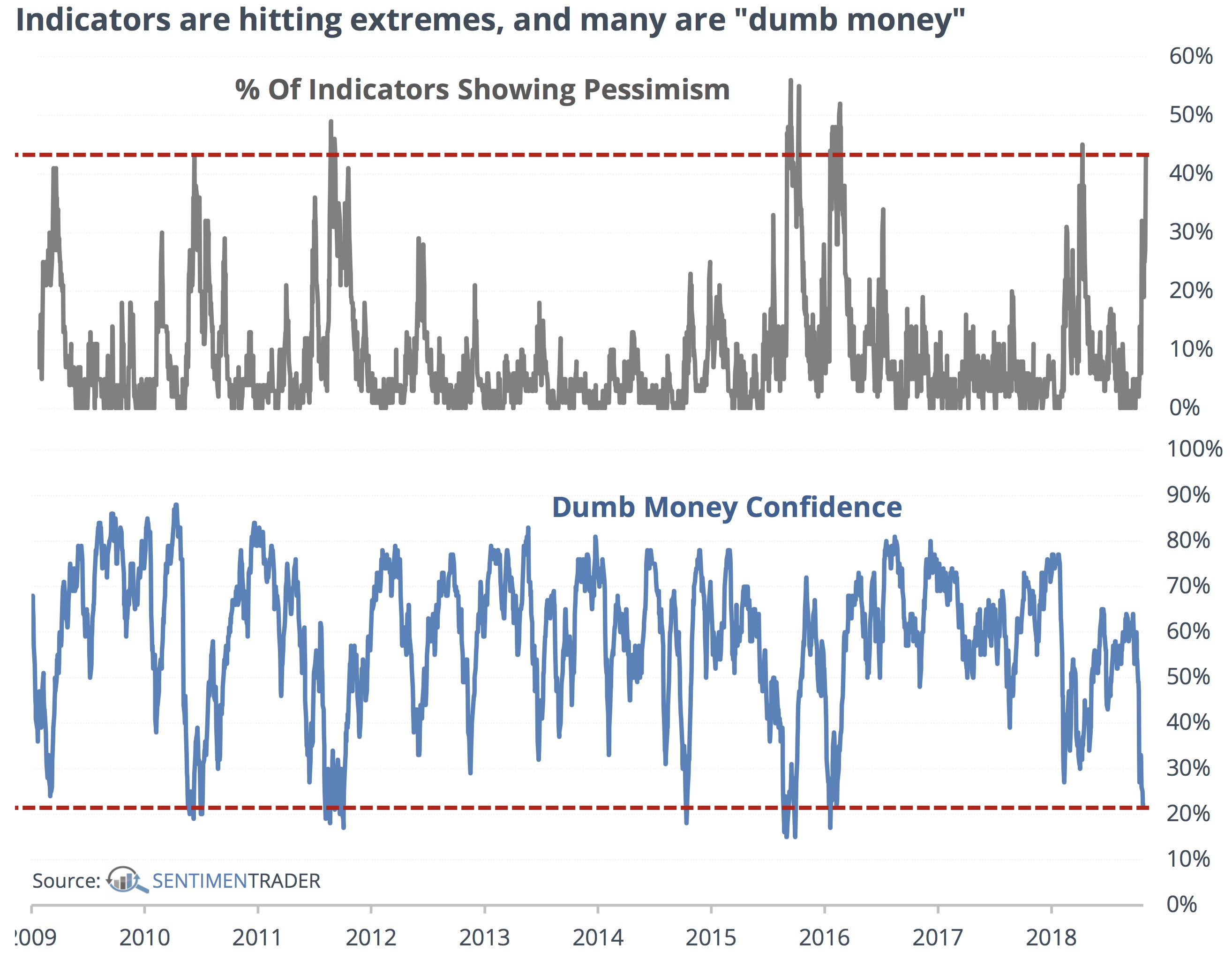 We haven’t seen this kind of combination of extremes on many days since the 2009 bottom, but that’s to be expected.

It triggered a few times during the meltdown phase in 2002 and again in 2008, but if we look for any time there were this many pessimistic extremes, and this low of confidence in Dumb Money, when the S&P 500 was still within 20% of its 52-week high, then we get all the days listed in the table on the next page (available only to subscribers).

There were a total of 43 days, after which the S&P rallied 40 times (a 93% win rate) over the next 1-2 months. Even when stocks were rolling over into a bear market in 2007-08, extremes like this led to reflex rallies before ultimately failing.

ALSO JUST RELEASED: Celente – The Worst Is Yet To Come For Stocks But Not For Gold CLICK HERE TO READ.

Will This Send Gold & Silver Surging Even Higher Tomorrow?