Dow Plunges More Than 520, Gold Surges Nearly $20 But Things Could Get Much Worse

The Dow is plunging more than 520 and gold is surging nearly $20 in early trading.  Things could get much worse.

Cross Your Fingers – Things Could Get Much Worse
October 23 (King World News) – Here is today’s note from legend Art Cashin:  On this day in 1929, Wall Street brokers headed for work more than a little confused. The action the day before had made them a bit uneasy. Several weeks earlier, the Dow had made one more record high – the latest of a series in a super bull market that had lasted years and caught the attention of a fascinated public. Then the market began to sputter-but-so what. The Great Bull had rolled and rested before only to roar and rise again. But the prior day’s trading had raised the anxiety level.

So, on this Thursday morning, the market opened nervous but relatively steady. Within the first half hour, prices began to fade and the tape began to run late. By noon the tape was nearly an hour and-a-half late in reporting transactions in a market that had opened only two hours before. To speed the reporting digits were deleted and so “Radio” which had opened at 68 3/4 now showed on the tape at 8 3/4. But prices were moving so fast that the price was not 58 3/4 but 48 3/4 on its way to 48 1/4 before it would bottom in the afternoon at 44 1/2. To avoid confusion the Exchange published flash prices of selected securities on the slower moving bond tape.”

By early afternoon the cascade of prices caused an emergency meeting at the offices of J.P. Morgan across the street from the Exchange. The heads of all the big banks were there: Mitchell of Citibank; Presser of Bankers Trust; Wiggin of Chase; Potter of the Guaranty Trust; Baker of First National and, of course, Lamont of the House of Morgan. They pledged over $30 million and called the “Morgan broker”, Richard Whitney who got the job by cleverly being the brother of one of the Morgan senior partners.

Since there was no SEC at the time, a terrible thing happened. Some broker looked out the windows on Broad Street and noticed the major bankers of America were going into the House of Morgan. Not understanding the penalty for inside information he probably said “The bankers are meeting to form a pool.” Despite the fact that no one would use such tainted data, prices began to steady. 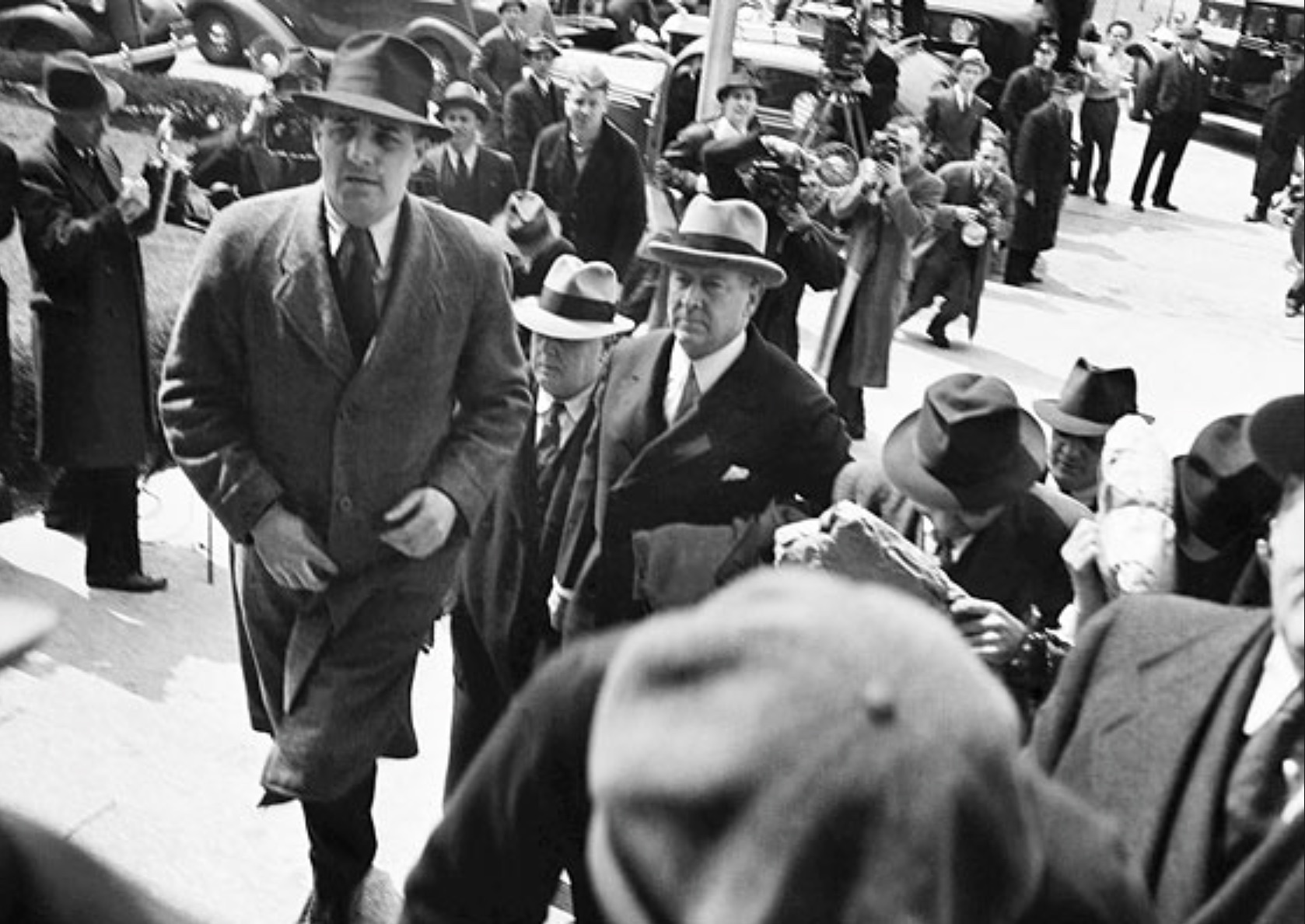 And then Whitney entered the U.S. Steel crowd and bid 205 for 10,000. He bought only a few hundred shares but left his bid on the book. He then walked to each of the key stocks of that era and bid similarly. The market began to rally. In the final 1/2 hour selling began again but a disaster had been averted. At the bell, the tape was four hours late and the volume was an astounding 12 million shares.

(A brief note on tape lateness – in over five decades of trading, I have been asked thousands of times – “How come you guys trade so slow that when things gets busy, the tape runs late?” I would reply that tape lateness had everything to do with the tape readers and not the floor broker. I, and my fellow NYSE members, can trade many, many times faster than you, or anyone can read. The tape was linear. If it printed the trades as fast we made them, it would zip by at unreadable lightning speed. So, the tape ran at maximum “reading” speed and was thus “delayed” because it couldn’t keep up with the frenzied pace of trading. Nowadays reporting is digital to a computer so prices are current and not confined to a linear tape.)

The story of Whitney’s bid of “205 for 10,000 Steel” was repeated again and again in the papers. It soon reached mythic proportions. Whitney was portrayed as the ultimate man of action, a Colossus who strode across a panicky floor trying to shield a market and a nation from collapse. Never mind it was not his money.

The image grew and Whitney was elected President of the NYSE from 1930 through 1935. He was a national celebrity who became a much sought-after speaker on things like “Business Honesty and Ethics”. But neither Whitney nor the bankers’ pool could stem the awful tide that began to crest on this particular Thursday. 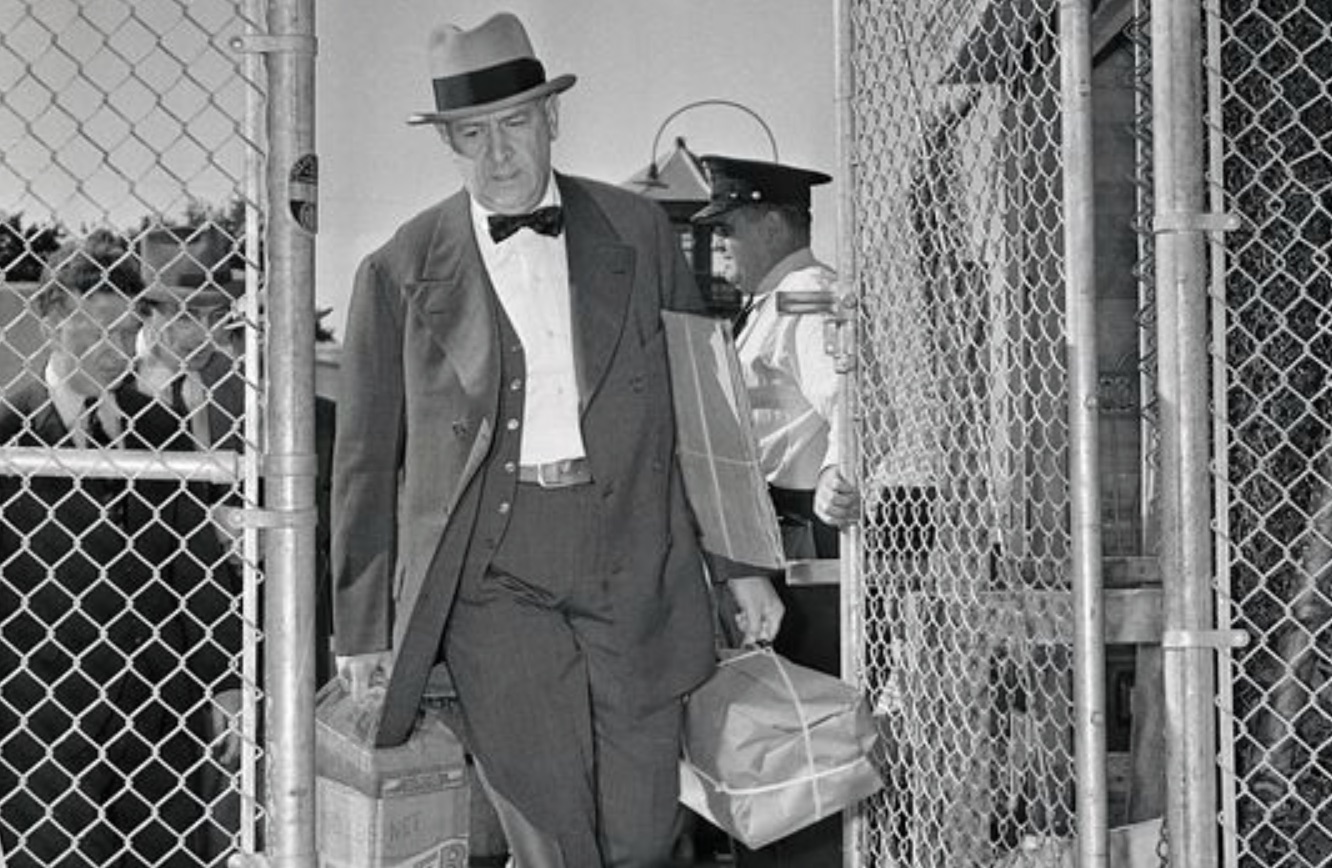 Anyway, five days later, the bottom would fall out of the market. Four months later banks would begin to fail. And, ten years later Richard Whitney, again the president of the Exchange, would be sent to Sing Sing prison for misappropriating money escrowed for widows of Exchange members.

To celebrate drop by the Smoot-Hawley Lounge and point out to some regulator that Whitney was the only inmate to serve time at Sing Sing who was called “Mr.” by everyone from the warden to the denizens of death row. It was “Mr. Whitney” from the day he came in until the day, years later, when he drove off in his brother’s limo.

There was no Richard Whitney putting out stop-gap bids in the NYSE yesterday. In fact, there were few, if any, stop-gap bids as markets had yet one more undulating, indecisive session.

The Dow spiked higher on the opening but traders instantly changed their minds and pulled all their bids. Stocks then instantly imploded into the resultant vacuum.

They tried to re-rally them late morning but that effort also had a very brief shelf-life.
Ultimately, the Dow bottomed in early afternoon but the indecisive trading continued right into the closing bell.

The financials and the real estate sector were key losers. The Nasdaq managed to close in plus territory, thanks to a bounce in many of the FANG stocks. Basically, trendless indecision.

Have We Studied For The Test? – As we write in pre-dawn Manhattan, equity markets are reeling. That suggests we may be heading for a retest of the lows reached in the sharp selloff of Thursday October 11.

Overnight And Overseas – The rebound in China markets ended abruptly after only two days. China seemed to shrug off threat of tariffs and trade wars. Also dragging on stocks were concerns about a key Apple supplier and comments by carmaker Renault about notable slowing in China.

The Asian weakness weighs on European markets. Paris is down the equivalent of over 400 points, while Frankfurt is down a touch less.

Among other assets, Bitcoin is softer, trading around $6500. Gold is firmer on a bit of a safe haven play, trading just under $1240. Crude is a touch weaker with WTI trading just above $68. The euro is flat against the dollar, while yields are a bit lower on that haven play.

Erdogan tell all speech tells little. Away from that, reports that Saudi operatives had a body double for Khashoggi seems to reinforce concept of premeditation.

Cross your fingers for a successful retest of lows.

Adrian Day, Founder of Adrian Day Asset Management, discusses the gold and silver markets and much more and you can listen to it immediately by CLICKING HERE OR ON THE IMAGE BELOW.