Today David Stockman, the man President Ronald Reagan called upon along with Dr. Paul Craig Roberts to help save the United States from disaster in 1981, spoke with King World News about what is on the other side of the coming financial destruction.  Stockman warned that the situation is now becoming even more desperate.

David Stockman:  “In the world that we are in today, the post-Bretton Woods, post-Gold Standard, post-Camp David of 1971, we have unleashed the central banks to create the most fantastic tidal wave of new credit that the world has ever seen.

As we learned not that long ago from the McKinsey study, there is roughly $200 trillion of debt now outstanding, compared to only $80 trillion at the turn of the century.  So just imagine that kind of expansion (of debt).  That funded massive capacities to mine iron-ore, to deliver hydrocarbons to ship bulk materials, to manufacture everything from A – Z, and that is all now in place.  It’s called ‘malinvestment,’ or ‘distortion of the capital cycle.’

But with all of that capacity out there, people who are deeply in debt, including and especially in China, are going to be desperate to keep the doors open and to keep the creditors at bay and to stave off bankruptcy.  And so they will produce for whatever they can get in the market in terms of a selling price, even if it exceeds their out-of-pocket cash costs today, regardless of how much was invested in prior times. 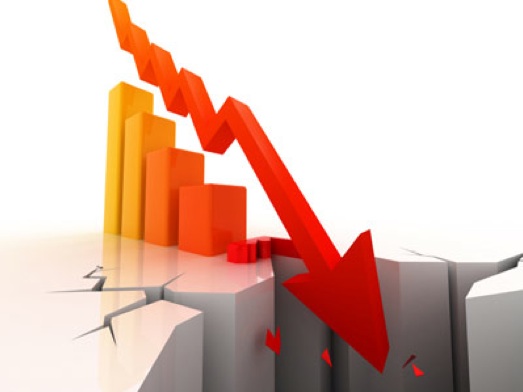 That’s the deflationary cycle and it’s powerful.  It will eventually burn itself out, but I’m not even beginning to contemplate what’s on the other side because we need to get through the global deflationary cycle first.  It has a long way to go and it’s just getting started.” David Stockman's remarkable audio interview has now been released and you can listen to it by CLICKING HERE OR ON THE IMAGE BELOW.  The written interviews with Stockman only contain a small portion of what is in his extraordinary audio interview.  This is one of Stockman's most important interviews ever as he discusses how Western governements are preparing to steal people's savings as well as what investors can do to protect themselves.  Stockman also covers what to expect as we move into the final endgame of financial destruction that will be caused by reckless central bank policies.

A Legend In The Financial World Just Issued A Dire Warning