… Already long ago, from when we sold our vote to no man, the People have abdicated our duties; for the People who once upon a time handed out military command, high civil office, legions—everything, now restrains itself and anxiously hopes for just two things: bread and circuses. — Juvenal, 2nd century AD

January 22 (King World News) – Danielle DiMartino Booth at Quill Intelligence:  Augustus, the first Roman emperor, personified what the Republic once was. No more would citizens have a say in government, nor would history reflect reality, highjacked as it was by the senatorial class. Rome’s elite disdainfully referred to the masses as the “mob.” The branding was all the more patronizing as this class was populated with hardworking shopkeepers, craftsmen and transportation and construction workers… 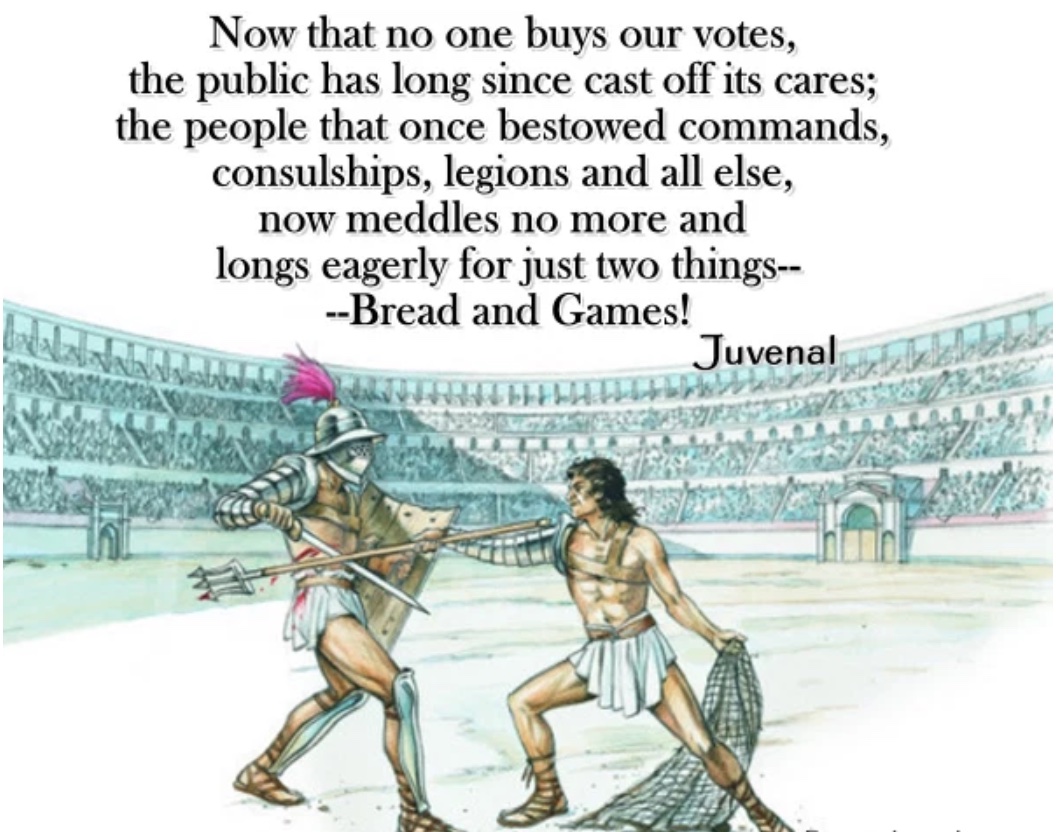 That is not to say this cohort was not angered at being among the oppressed in the overcrowded city’s million inhabitants at the time Juvenal wrote Satire X. Subjugated to live in squalor, they suffered a bird’s eye view of the have’s lives of splendor among the monuments and palazzos. So populous was the confined area that the rural areas surrounding the city could not produce sufficient grain. Imports from North Africa, Sicily and Sardinia staved off starvation. And placation took the form of free grain and entertainment in the colosseum: Bread & Circuses. 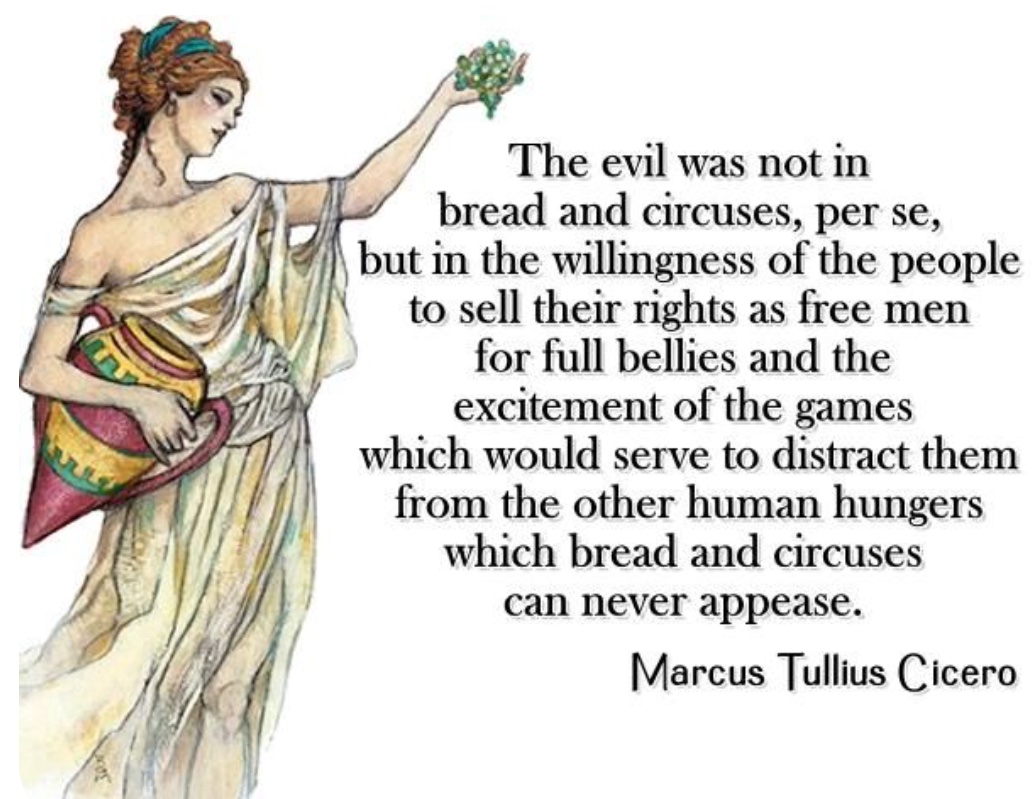 BREAD: Pacifying The Masses
Cover the masses’ most basic needs and distract from the underlying lack of opportunity to better one’s station. Inequality has been with us for the ages. It is still very much with us today. Pacification in the 21st century arrives via direct deposit. Bank of America’s (BofA) access to these data provides a lens into recipients of the recent $600 checks that were blasted out. For perspective, the credit to the joint checking account of a couple with three children making up to $150,000 was $3,000. The stimulus checks started hitting accounts January 4th.

Big Surprise?
As per BofA and as you can see on the righthand chart:

“Total card spending for stimulus recipients ran at 12.7% year-over-year (YoY) for the 7-days ending January 16th compared to a 2.8% YoY pace for non-recipients. While the YoY rates are still elevated for stimulus recipients relative to nonrecipients, the indexed levels have converged. This shows that the level shift higher happened on the day that the stimulus was received and lasted about 10 days.”

A week ago, the answer would have been that $3,000 being topped off to a total of $10,000. A flurry of executive orders later and the first 1,000 of what’s expected to be 11,000 jobs tied to the Keystone Pipeline have been summarily eliminated. Meanwhile, Instacart cut 1,877 positions including 10 Illinois workers who were the first to unionize within the company. The shift to independent contractors will neutralize the minimum wage protections afforded full-time employees. And Janet Yellen promised to “work with members of Congress” to fast-track tax increases on corporations and wealthy Americans…

If you can believe it, Senate Republicans are refusing to agree to a power-sharing agreement unless Democrats promise to preserve a 60-vote threshold to advance most bills throwing a wrench into notions of millions of quickly cut $1,400 checks to juice the economy.

We would say that full vaccine distribution can’t happen soon enough, but you know that. In the interim, as detailed in yesterday’s Weekly Quill — Productivity Paralyzed – executives across America charged with hiring and firing decisions will remain in cost-cutting mode until the economy proves they should be otherwise…without the need for constant injections of stimulus.

Despite the flood of cash that coincided with BofA’s spending surge, the week ended January 16th, total initial jobless claims (as depicted last week as the sum of not-seasonally adjusted Regular State plus Pandemic Unemployment Assistance) came in at 1.384 million, down a smidge from the prior week’s 1.397 million.

Broadening Deterioration And Increased Joblessness
The lack of improvement is compounded by the persistence of the broadening out of the deterioration across states. Since the backslide began in November, an increasing number of states have posted higher levels of joblessness vis-à-vis the nation as a whole. In the last four weeks, an average of 22.5 states have underperformed the U.S. (blue bars), the worst showing since the four weeks ended May 16th in the heat of the initial virus siege.

It should come as no surprise that seven of the top 10 states whose economies rely most on the services sector are among the underperformers. New York, the most service-intensive state in the nation and one of the seven, continues to suffer outsized losses as one of the most clamped-down economies. As illustrated in the yellow line, the amplitude of New York Fed Services Current Business Activity index, both to the downside and upside, reveals how violent the state’s reaction has been to the pandemic.

The New York Fed also produces a Weekly Economic Index (red line), a high-frequency tracker of U.S. economic activity that’s gradually improved since bottoming in May. In recent weeks, alongside the renewed deterioration in the job market, it has backtracked.

We can only hope that this Spring Break is not a repeat of the last. Covid cases are falling in 46 states and hospitalizations dropped below 120,000 to the lowest level since December 27th. By far, this is the best news we’ve shared with you in months. With vigilance, a strengthened U.S. economy can break the cycle of bread and circuses appeasement.