“Correction Of Mispricing Likely To Be Violent,” Plus A Look At Silver And Real Estate

One pro just warned when it comes to the distortions that we are seeing in major markets, “Correction of mispricing likely to be violent,” plus a look at silver and real estate.

Silver
December 21 (King World News) – Graddhy out of Sweden:  Blue line had 13 contact points and was being backtested. We had red positive divergence on indicator, and it went very briefly below blue line to tag 21.41 again, then gapped strongly back up above blue + yellow lines. And today it is breaking away from MA10. 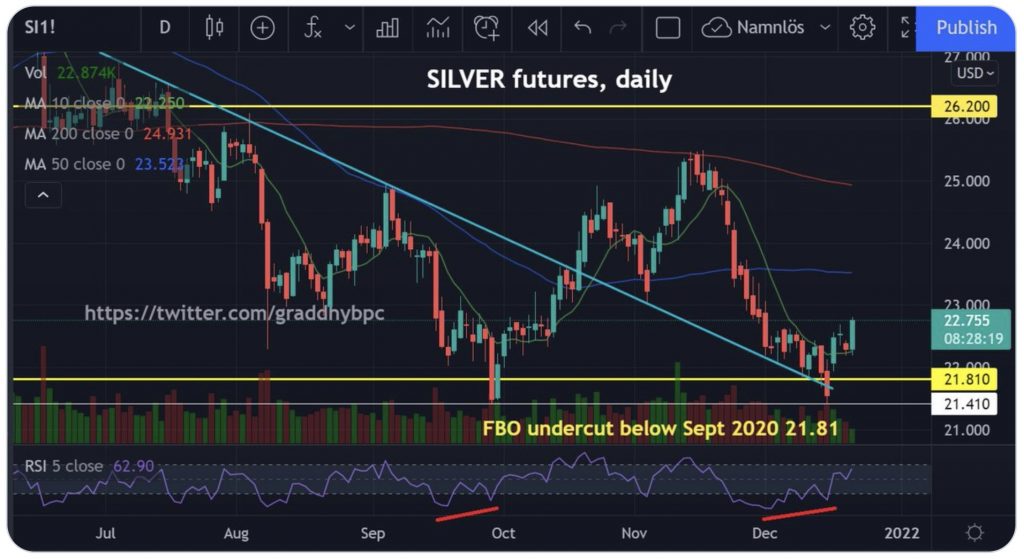 Silver Looking Better
Ole Hansen, Head of Commodity Strategy at Saxo Bank:  Silver going it alone having made it back above the 21-day moving avg. while the Gold/Silver ratio is testing a two-week low at 79. A double bottom in the making signaling an improved technical sentiment.

Silver Surging After Putting In A Double Bottom 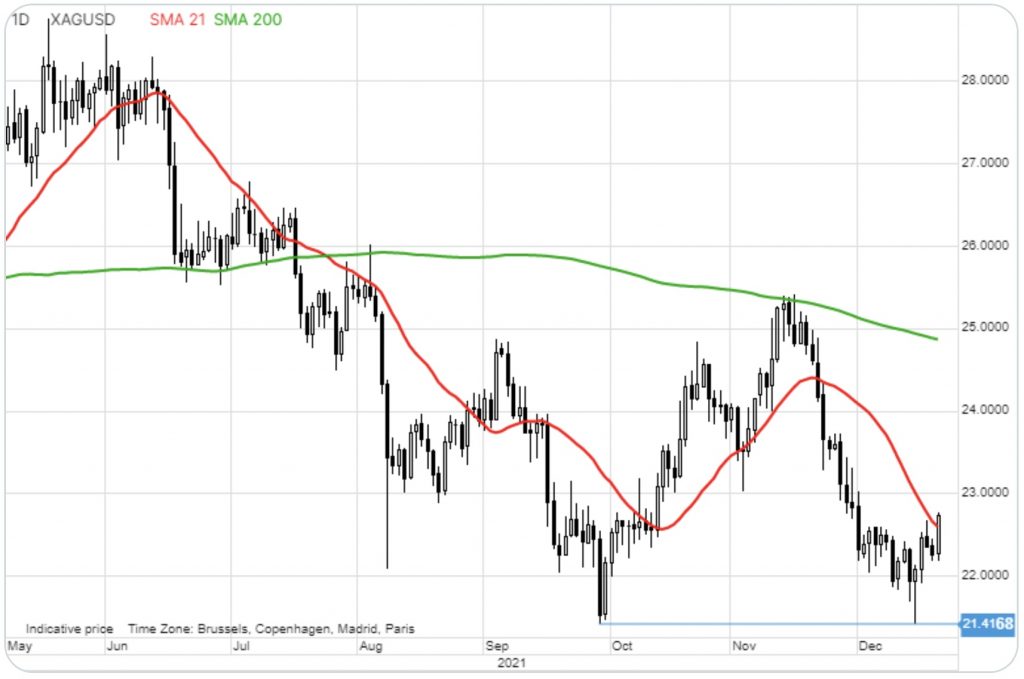 Not So Fast
Lawrence Lepard:  People often think the stock market has crushed gold. Not so fast, especially if you start when the money printing really began. 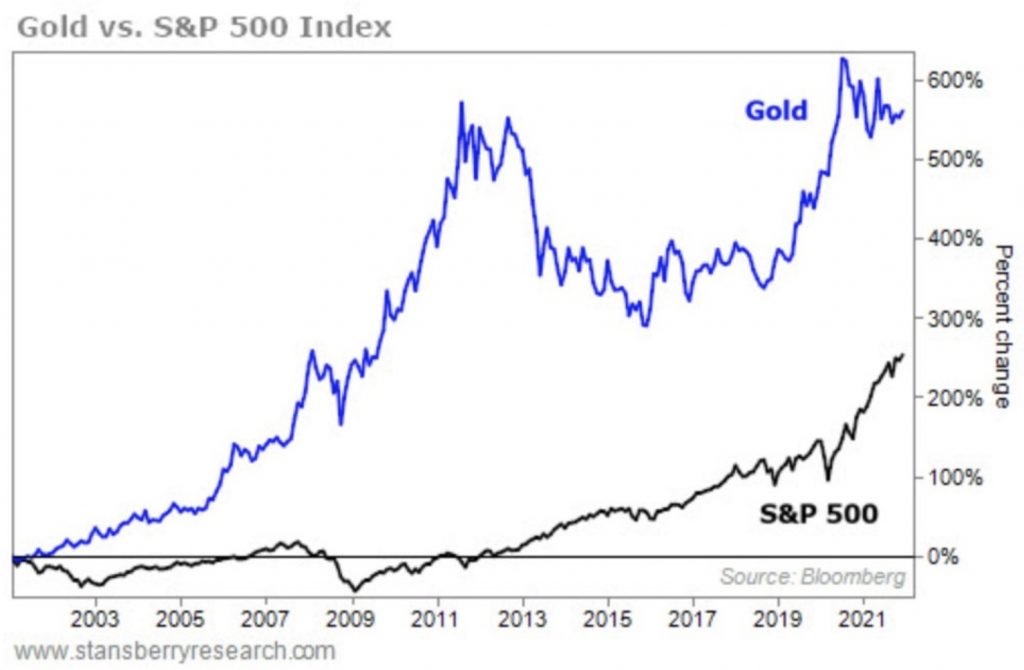 Correction Of Mispricing Will Be Violent
Alasdair Macleod:  With CPI at +6.8% USTs are yielding negative 5.4% when perhaps it should be yielding positive 2%, which is nominal 8.5—9%. Market is caught worrying about Covid induced recession, still assuming inflation is “transient”. Correction of this mispricing likely to be violent… 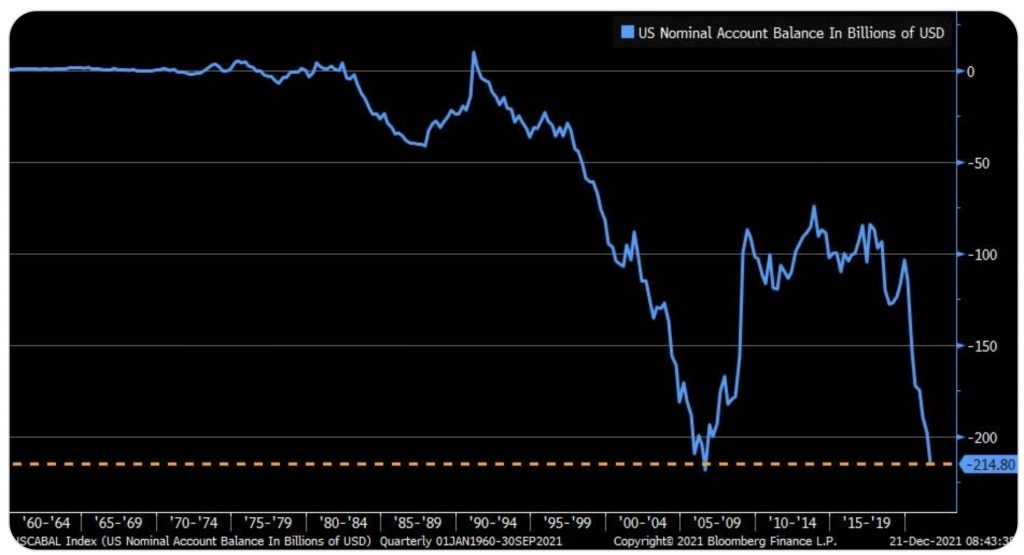 Real Estate
The Daily Shot:  Investors have been moving into the US housing market as rents surge. 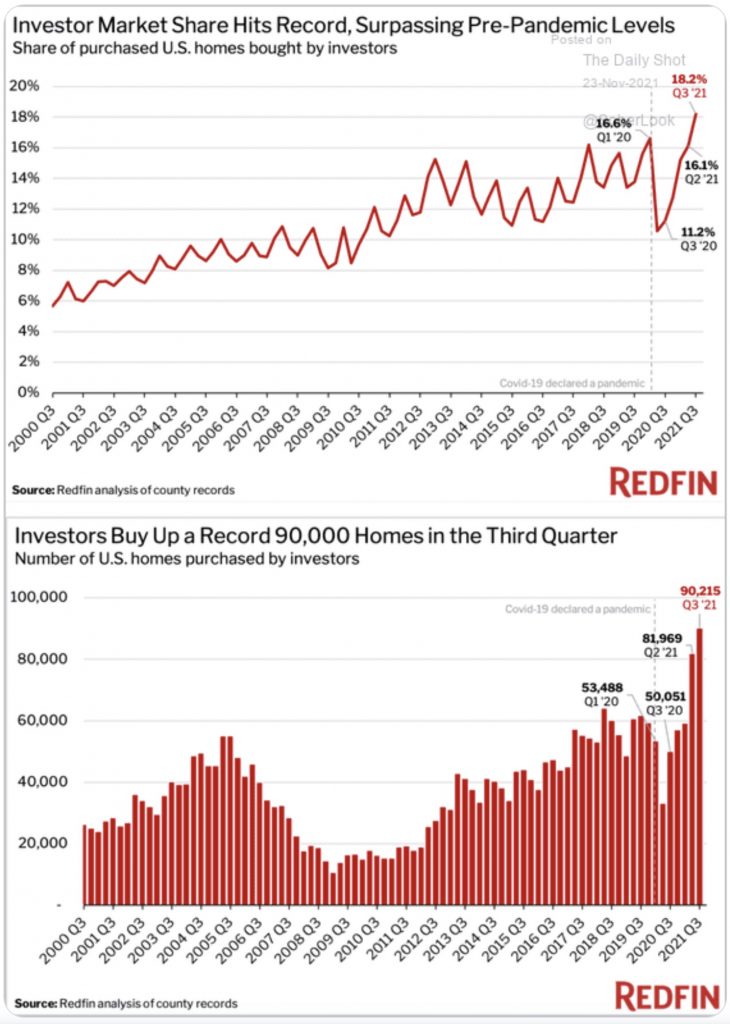