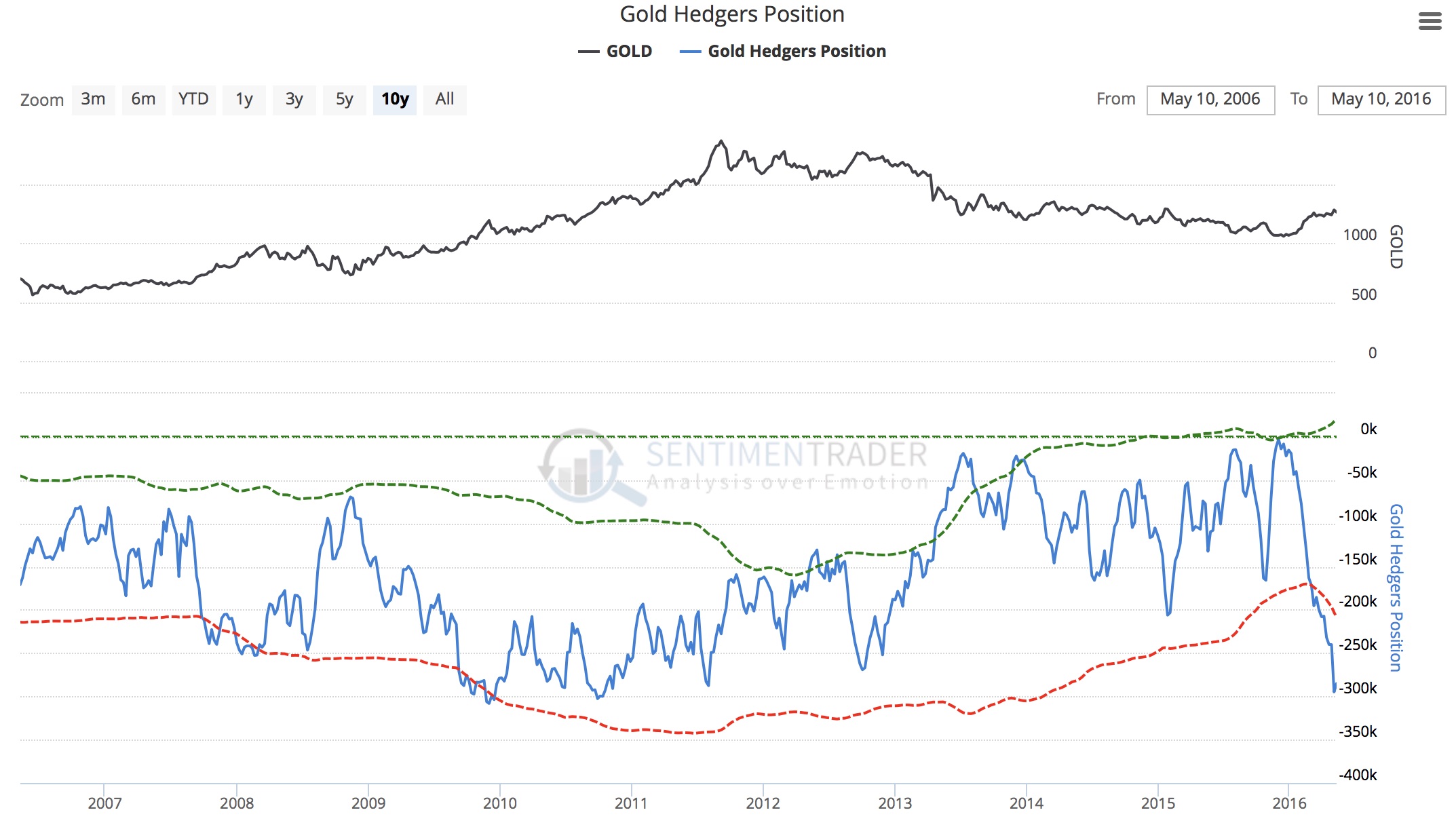 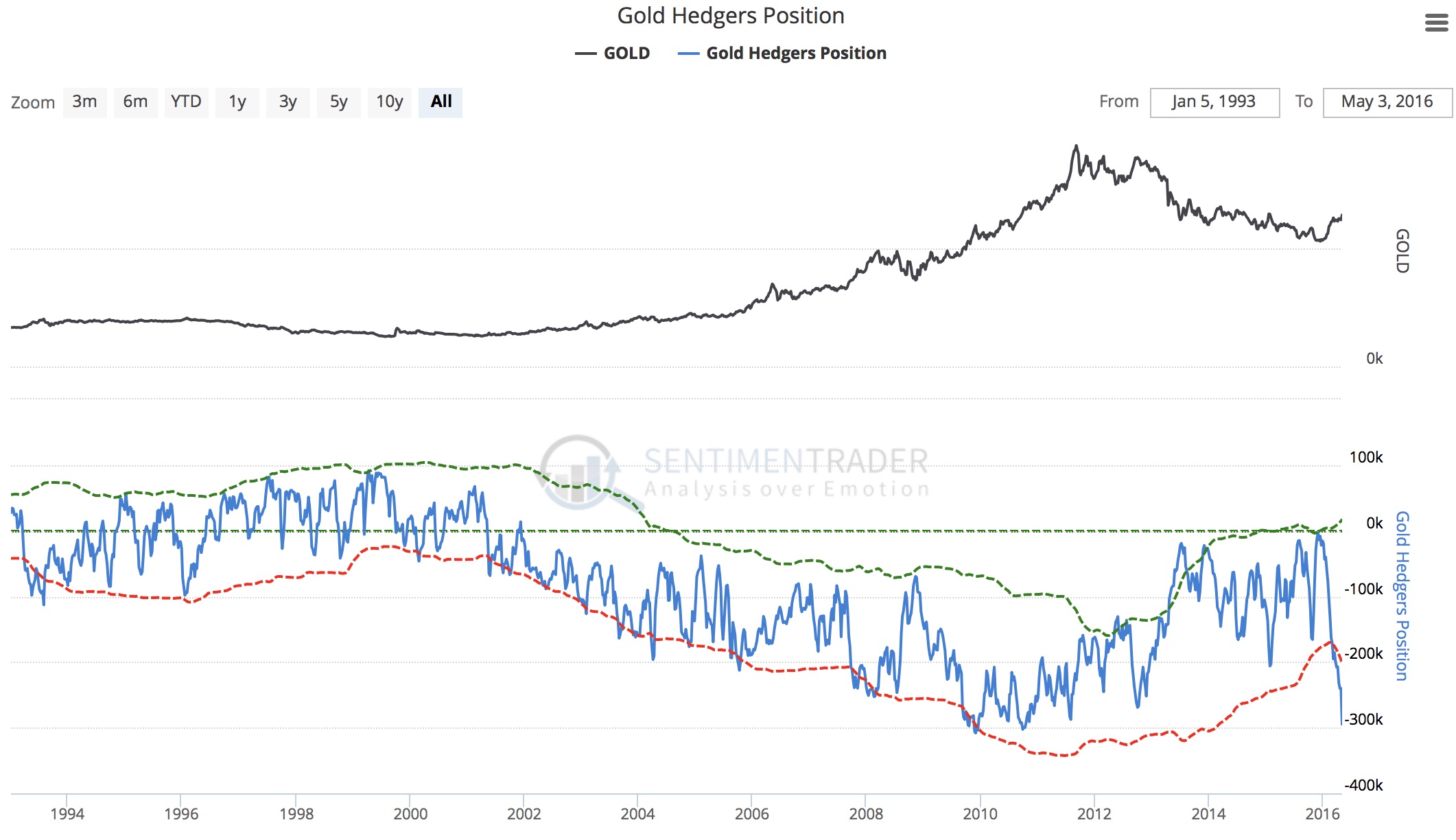 Commercial Short Positions In Silver Hit All-Time Record High!
King World News note:  Below you can see the commercial hedgers position in the silver market market remain at all-time highs in terms of their overall shorts (see 23-year chart below). 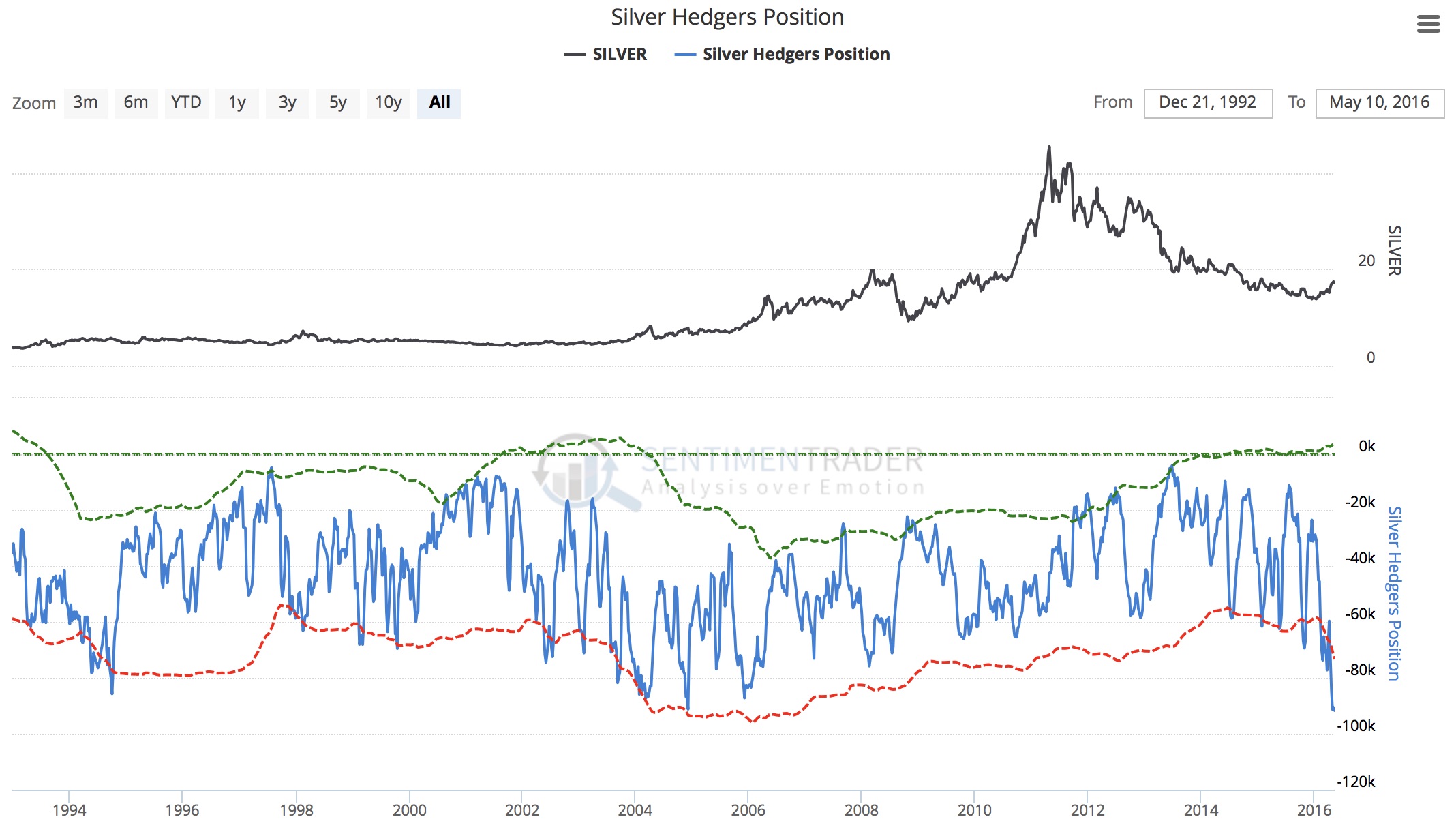 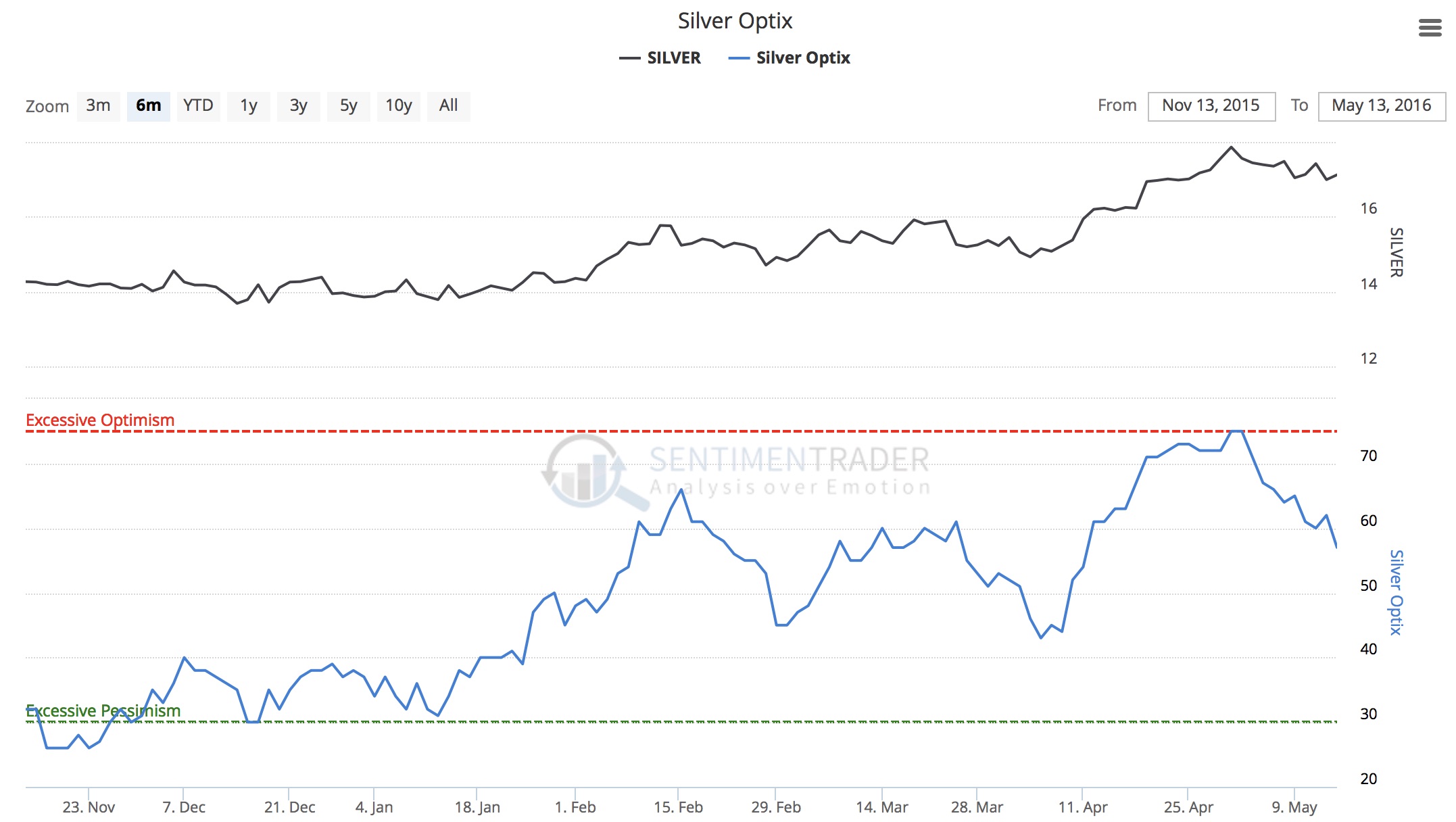 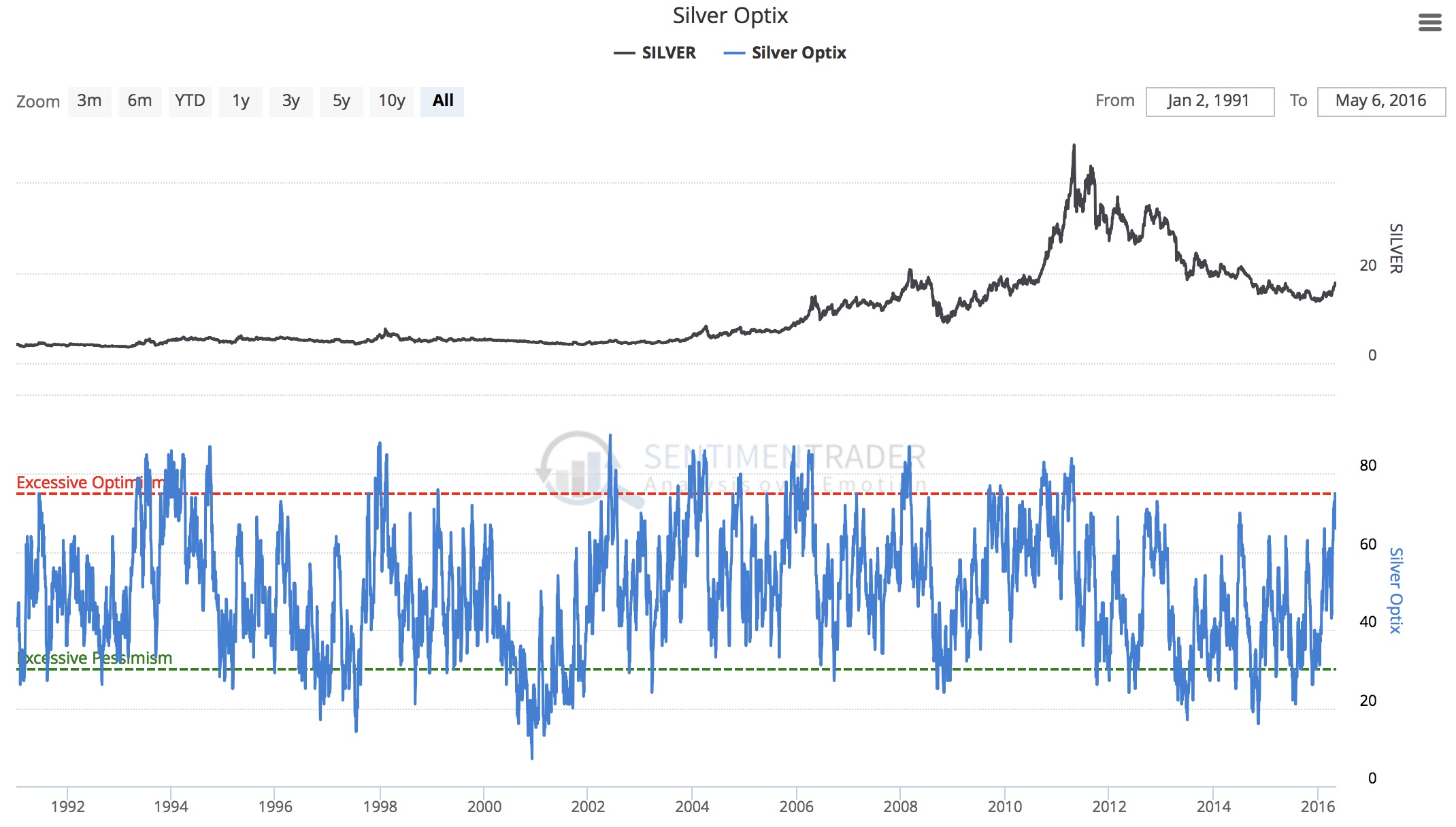 King World News note:  It is also important to note that sentiment for gold has been weakening and has also not yet reached the level of “Excessive Optimism” (see multi-year gold sentiment chart below). 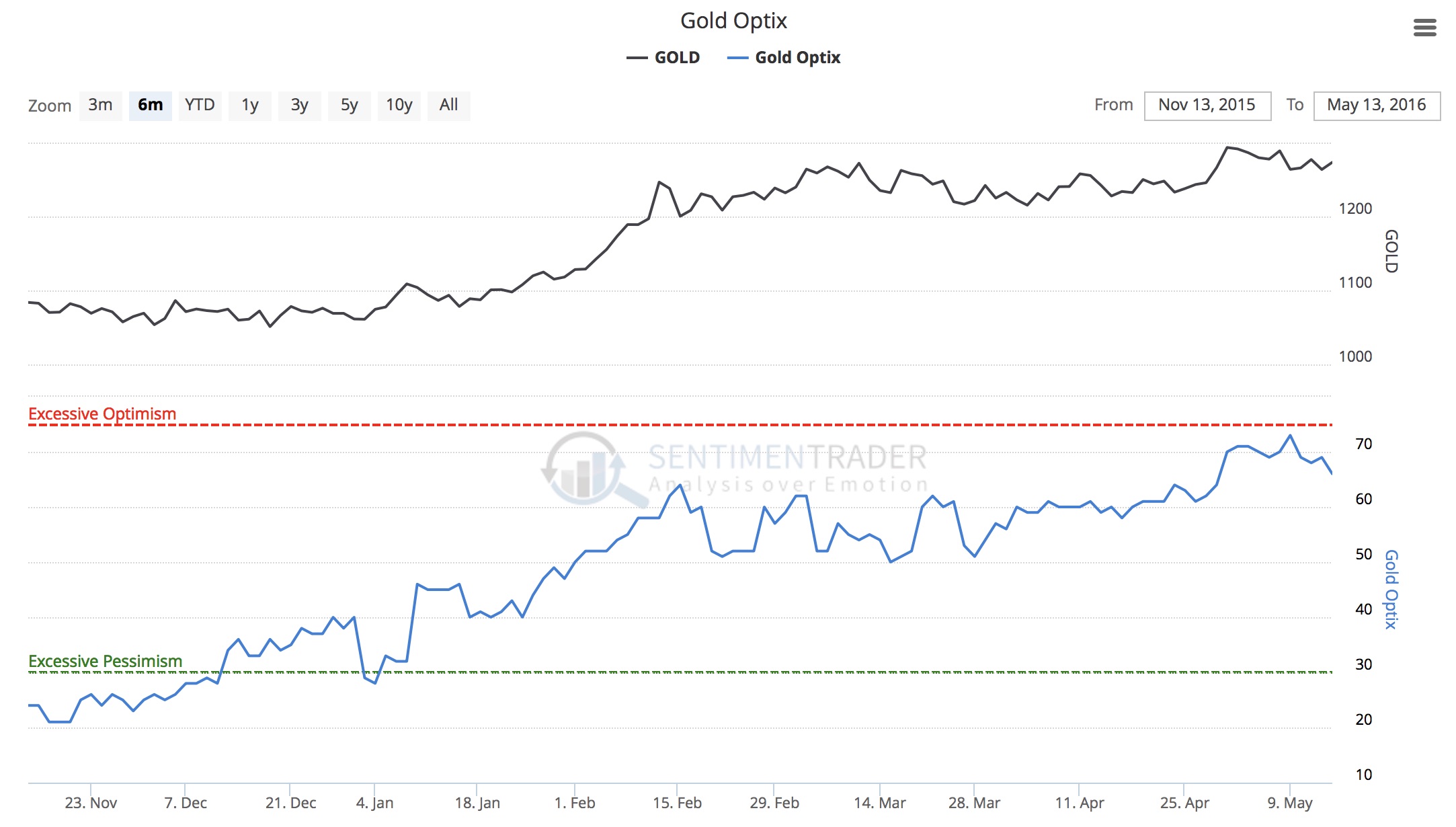 King World News note: The Gold Optix spent a significant amount of time in the “Excessive Optimism” levels during the bullish advance from 2001 – 2011.  Yet at the beginning of this cyclical bullish phase of the secular bull market in gold, sentiment still remains somewhat subdued.  But that’s what bull markets do, they “climb a wall of worry.”