China’s stock market was clobbered once again but Western stock markets may have started their eagerly-anticipated counter-trend rally.

By Art Cashin, Head of Floor Operations at UBS
January 26 (King World News) – Some Friends On Time And Place – Around midday Monday, my good friend, Barry Habib, the fabled mortgage maven sent me this little “heads up” note on the market:

1889 on the S&P 500 is a very important support level. A convincing break of this floor, may send prices back down to test last week’s lows.

As usual Barry was spot on in his chart work. The S&P tested 1889 in late morning and held.

Then around 3:00, it tested again but failed. When the S&P slipped through 1889, it was if a trapdoor opened and the S&P plunged to 1876 in a matter of minutes. A pretty sharp call.

Later in his note, Barry speculated on what might happen to the market in response to a slightly more dovish Fed statement:

It looks like the pivot point for the market comes Wednesday. The Fed will finally be out of its quiet period. The US markets could see a big reversal higher, if the Fed indicated that they appear to be moving away from the 4 hikes indicated in the 12/16/15 Dots. Not sure why the markets even consider the Dots, as they have been so ridiculous in the past. The Fed has proven itself a very poor prognosticator.

And if the markets do reverse higher – keep an eye on 1935. A convincing move and close above this ceiling will likely mean that there will be some meaningful upside follow through above 2000.

As to a potential bounce on Fed day, Barry will have history on his side. Another good friend, Jon Stephens sent this excerpt of a Fed study to remind me of the amazing pattern of market gains in the 24 hours leading up to and just through the FOMC statement:

“We document that since 1994, the S&P500 index has on average increased 49 basis points in the 24 hours before scheduled FOMC announcements. These returns do not revert in subsequent trading days and are orders of magnitude larger than those outside the 24-hour pre-FOMC window. As a result, about 80% of annual realized excess stock returns since 1994 are accounted for by the pre-FOMC announcement drift. The statistical significance of the pre-FOMC return is very high; a simple trading strategy of holding the index only in the 24 hours leading up to right-before an FOMC announcement would have yielded an annualized Sharpe ratio of above 1.1. Other major foreign stock markets exhibit similarly large and significant pre-FOMC returns.”

Overnight And Overseas – Shanghai got clobbered and I’ll let my friend, Peter Boockvar, chief market strategist at the Lindsey Group talk about that:

Chinese stocks had another messy day with the Shanghai composite lower by 6.4% bringing its year to date loss to 22.3%. The market has literally crashed in 3 weeks and it brings the losses from last June’s recent high to 47%. To highlight the intensity of the selling, if we continue the pace of loss seen so far in 2016, by December 31st the Shanghai index would be down 95% on the year. The PBOC again injected a large amount of money in open market operations to keep a lid on rates to offset capital flight and ahead of the upcoming holiday. I wish there was a way to determine how much of the capital flows leaving the country is actual money wanting to leave vs Chinese companies paying back dollar denominated debt with newly raised yuan in Chinese capital markets. The latter is certainly considered capital flight but it’s also a deleveraging and a reduction of risk for Corporate China.

European markets and U.S. futures were all much lower in the wee small hours of the morning as crude fell below $29. It is now back above $30 and all the markets are flat to marginally better.

Consensus – The 24-hour FOMC window has a very powerful history and that should give the bulls an advantage. We don’t know if crude understands the FOMC window. Apple, post-close, will be a key factor. Nonetheless, stick with the drill – stay wary, alert and very, very nimble. 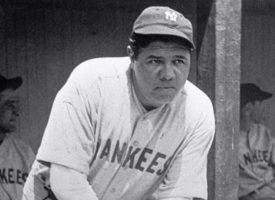 Peter Schiff On Gold, Plus Wild Prices For Baseball Memorabilia