Today one of the top money managers in the world spoke with King World News about the shift in power from the West to the East, China's upgraded military, the IMF and the move that will send the price of gold skyrocketing.

Stephen Leeb:  “Many people are concerned about what is happening in Europe.  There is a lot of fear concerning whether or not Greece will drop out of the euro.  What people are not watching is the kind of infrastructure spending that China is announcing….

“But aside from the infrastructure spending, China is also aggressively spending money on its military.  People forget but the U.S. won the Cold War against Russia because we outspent the Russians and Russia couldn’t keep up. 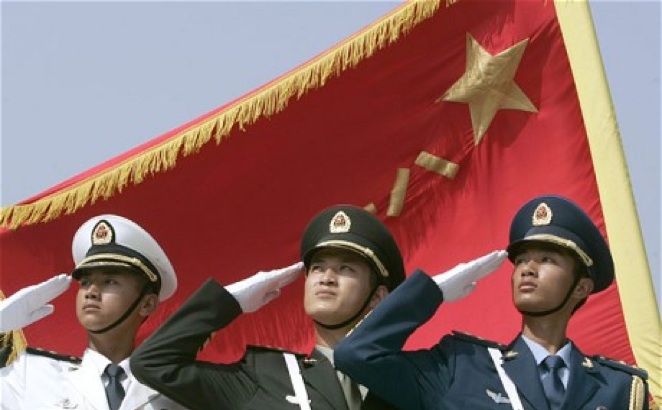 Now we are seeing constant releases about China’s upgraded military.  This has to do with everything from their fleet of submarines to fighter jets.  But what’s interesting is that the Chinese do not need a large military to control the entire world.

Shift In Balance Of Power And The All-Important Question

Either way, Eric, the balance of power is rapidly shifting in inexorably from the West to the East.  The all-important question is:  How much gold does China really have?  The answer is they have thousands of tons.  How many thousands of tons remains to be seen.

But the other important question is:  How much gold does the West have left?  KWN has reported many times that it is extremely hard to find any banks that have any gold in their vaults in the West.  In contrast to that, it’s very easy for anyone to buy gold from virtually any bank in the East and the Middle East for that matter.

So the world is nearing the point where the yuan is about to ascend on the international arena.  The second major event will be when gold becomes part of the IMF’s SDR and possibly even backs the Chinese yuan.

If gold backs the yuan, that will be disastrous for the West, particularly the United States because inflation will take off and gold will skyrocket to a number that people can’t even fathom at this point.  The bottom line is that when you see any deep declines in gold or silver, just buy them.” ***ALSO JUST RELEASED: Time Is Quickly Running Out To Escape The System As The War On Cash Destroys The Last Vestiges Of Freedom CLICK HERE.