Here is a look a China’s stunning global game-changer and why gold will skyrocket as it anchors the new monetary system.

Stephen Leeb:  “I’ve talked before about a key distinction between money and wealth. It goes hand in hand with another important distinction, between ‘wants’ and ‘needs.’ Together these two pairs of distinctions go a long way towards explaining why the West is losing ground to the East, in a momentous shift that will underpin the big bull market in gold that lies ahead…

Today, as it has been doing for decades, the West is focused on money and on wants. The East is focused on wealth and on needs. And that gives the East a big leg up in the contest to gain control of the world’s future. Is there any possibility the West can still revamp its priorities and steer a better course? As I note below, I think there is, but it’s getting very late in the game.

Let’s look at what these somewhat abstract concepts mean in concrete terms, starting with the military arena. If a major power could provide its military with everything it wants, it would likely seek to have a force that spans the globe, that can defend against all threats, and that if necessary can quell or conquer any prospective enemy — i.e., it would be cast very much in the mold of the U.S. military. These goals are a lot more expansive – and expensive – than a nation’s basic military needs, which come down to protection and security.

China is focused on these basic military needs and isn’t getting distracted by more grandiose ‘wants.’ From cyber security to land, sea, and air protection, China is clearly putting needs ahead of wants. 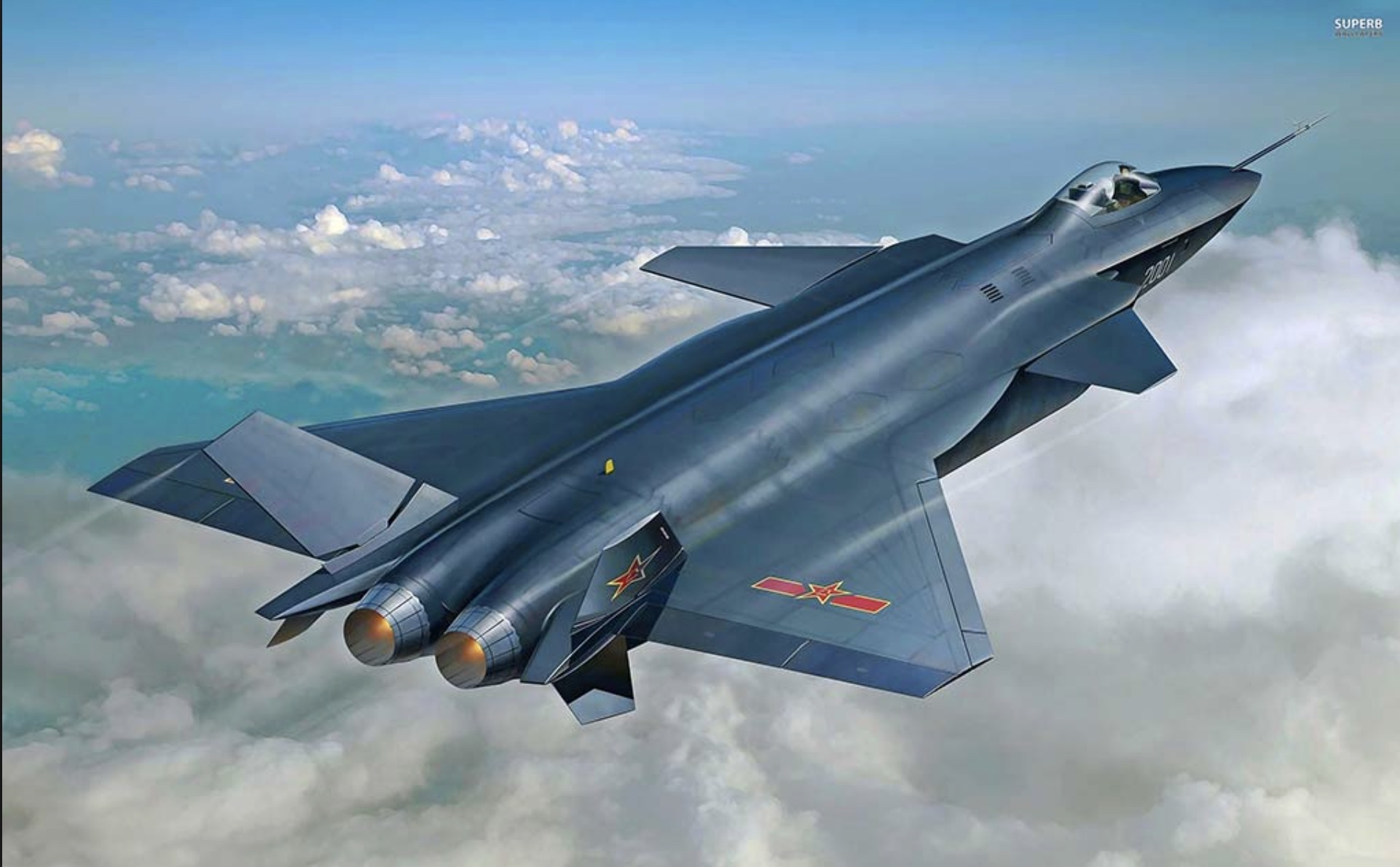 The Game-Changer: China’s J-20
Recently, for example, China showed off its newest stealth plane, the J-20, whose range is somewhat limited but whose maneuverability within its range is extraordinary. China’s (and Russia’s) land-based hypersonic missiles, while also having a limited range, have the ability to take down an aircraft carrier that ventures into waters they claim for their own.

Similarly in the realm of underwater protection, China earlier this year showcased its new stealth submarine. While its exact specs remain secret, it’s clear from the design that the new underwater vessel is a quantum jump from earlier models. It’s undetectable and capable of firing vertical missiles at any unwanted intruder.

The point is that while by many measures the West’s military is mightier, the East has a military better designed to meet a country’s basic needs in today’s world – especially when you include cyber security, which too often is still viewed as just a footnote to a nation’s military arsenal. The cyber area is one place where it is very difficult to have a defense. A powerful defense is also a monster offense. Just the fact that Eastern (Chinese and Russian) control of cyber space could upset the most vital liberty in the West, the right to a fair election, is a clarion call that the West has not met its basic needs in dealing with security threats. This is particularly shameful given that a mere decade ago we had what seemed like a nearly insurmountable lead in vital technologies such as super computers. 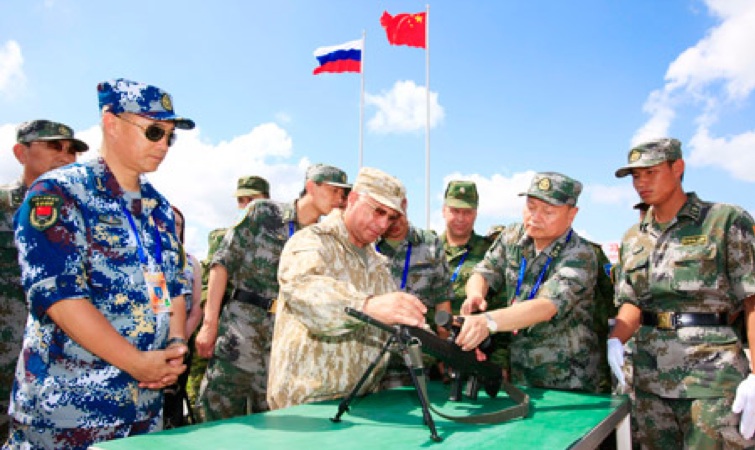 This brings me to the second distinction, between wealth and money. The West outspends the East by more than two to one on its military. But the West’s lack of focus on real wealth, ranging from vital commodities to information technologies, is a massive Achilles heel. In addition to cyber, the Army’s chief futurist, Lt. General H.R. McMaster, has said that within the next decade Russia will have surpassed the U.S. in three of 10 critical military areas, will equal us in six, and will lag in only one. And that’s just Russia; it doesn’t take China’s role into account. The point: all our money can’t buy us military dominance unless we make sure we fully satisfy critical needs.

The East Moving To Have Monetary System Anchored By Gold
The East’s military position is important beyond providing it security against physical and virtual threats. America’s preeminence in every sphere has long been based on our military dominance. It’s why the dollar has been so sought after. Once our military dominance is in doubt, it will hasten the move from a dollar-based monetary system to one anchored by gold, which is the East’s goal.

On the economic issues, you only need to look at the attached chart to know that in this area, too, China is doing something right. The chart presents six base commodities – zinc, copper, aluminum, lead, tin, and nickel – and shows that from their lows in mid-January, they have climbed nearly 25 percent. Clearly these gains come not on the back of the anemic West but must be credited to the much peppier conditions in the East.

Admittedly some of these gains may come from stockpiling. Indeed, Chinese stockpiling is across the board with oil imports setting records and even iron ore imports at historically high levels. Such commodities constitute real wealth, as opposed to mere money, and China’s accumulation of them is certainly part of the reason China will export about $1 trillion to the Silk Road this year.

As Bloomberg reported recently, Ratna Sahay, acting director of the IMF’s Monetary and Capital Markets Department, visited various Chinese banks, which the West widely believes will be at the heart of a coming seismic shock to the world’s economies. Ms. Sahay’s conclusion: “The fundamental issues that they need to tackle are the loss-making corporates and excess capacity. When you solve that issue, the other problems will start diminishing.”

The rise in base commodities traced in the chart is also powerful evidence that the issue of excess capacity is being addressed big time. That the government continues to rid the red-inked state-owned enterprises (SOE’s) of corruption, force the worst of them into bankruptcy, and require others to merge, is compelling evidence that China is doing exactly what it needs to do.

The Price Of The Monetary Anchor (Gold) To Skyrocket
China is clearly preparing to dominate this century by maintaining a laser-like focus on needs and wealth. And to risk sounding like a broken record, one of the most sought-after sources of wealth is gold along with other precious metals. These will be at the heart of the monetary system, maybe at first in the East but eventually, worldwide. Regardless, as the East develops, the price of the monetary anchor (gold) will skyrocket. Dreams of five-digit gold and three-digit silver are coming ever closer to reality.

Finally, I don’t think it’s too late for the West, but it won’t be easy. For anyone curious about what really separates East from West, I’d recommend reading the work of the redoubtable Richard Nisbett, now an emeritus chaired professor at the University of Michigan. He points to critical learned differences in thinking between East and West. I firmly believe that for the two centuries ended in the early 1970s, the West combined the best of these different modes of thinking. And this means we are not doomed. It’s not a question of genetic wiring. We just need to fervently hope that whoever is elected President on Tuesday is up to the task of getting us back to the mindset that had made us perhaps the greatest nation that ever was.” ***KWN has now released the extraordinary audio interview with Egon von Greyerz, where he gives KWN listeners a look what is really happening behind the scenes globally and in the gold market, and you can listen to it by CLICKING HERE OR ON THE IMAGE BELOW.