With continued uncertainty around the globe, China is about to shock the world with its next move.

Stephen Leeb continues:  “And clearly, despite the many honors Odum received over the years from various American universities and organizations, America’s policy elite have failed to read his books, especially the last one.

Chapter 6 starts with a simple statement:

A clear implication is that to control real wealth, you need real wealth. No one who possesses real wealth – which encompasses all commodities – will give a hoot for your paper money if someone else can offer them real wealth for those commodities.

China Is Establishing Control Over Every Critical Natural Resource
In applying this simple observation, the Chinese and the East are making monkeys out of us. Step by step they are establishing control over every critical natural resource, from oil to copper to iron ore (and thereby steel) to rare earths to silver. And, of course, over gold – the natural resource necessary to turn money into wealth.

Their efforts to control oil have gone completely unnoticed by us – but in the end will be a massive blow for the West and its dollar and a tremendous boost for gold. Energy is at the top of the heap when it comes to essential natural resources. Without energy you can’t grow enough food, you run out of water, and the result will be total chaos. Civilizations that can’t obtain enough energy are doomed to collapse. 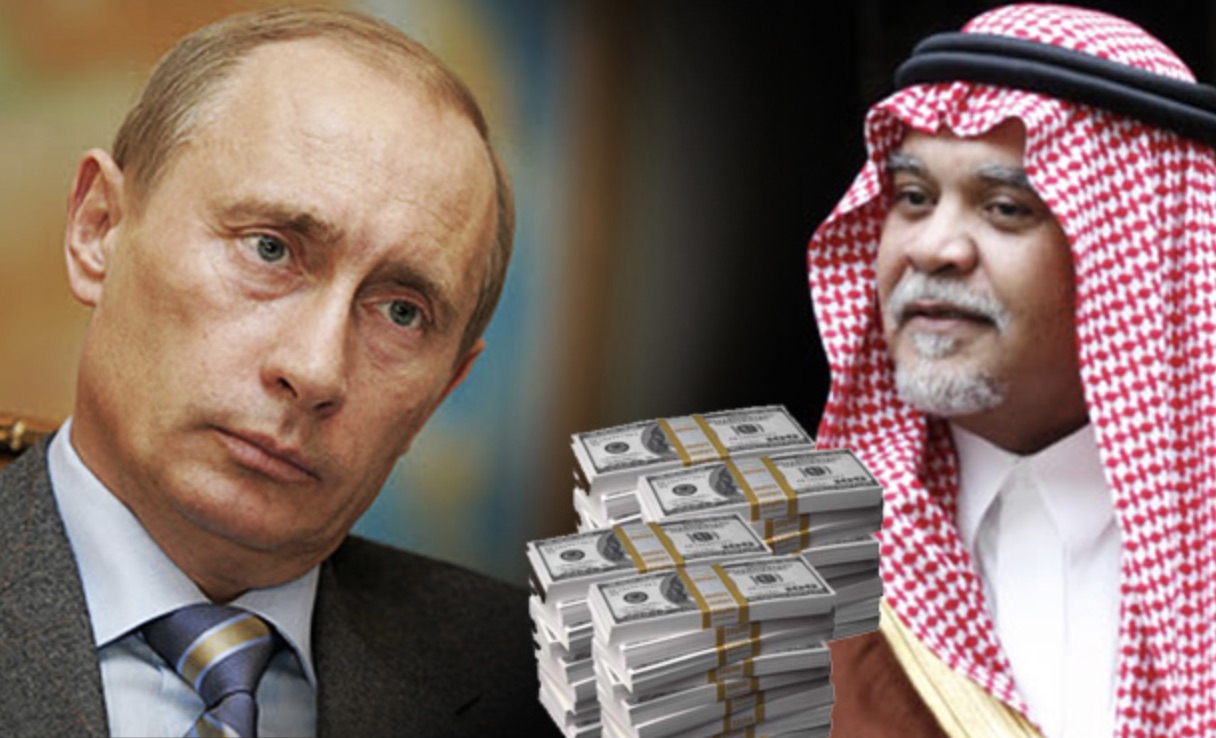 Russia, Saudi Arabia And The Oil War
China’s push for control of energy bears on an important race going on today: one between Russia and Saudi Arabia over which country’s oil will emerge as most important in a new oil benchmark that, as we discuss below, China plans to establish.

When Saudi Arabia decided to flood the world’s markets with oil, the West saw it as a bid to destroy North America’s shale industry. But that was a nonsensical interpretation. Sure, the Saudis could shut down some shale production for a few years, creating some bankruptcies in the process. But low-priced oil wasn’t going to literally destroy the oil still present in the shale. It might ruin some companies, yes, but oil, absolutely not, especially with deep-pocketed major oil companies from Exxon to Chevron eager to grab shale assets.

It also overlooked the question of oil shale’s potential staying power apart from oil’s price. Most estimates are for shale to peak in the early 2020s if not before. Moreover, the much better financed companies that would end up controlling shale could, if anything, keep production going for longer than otherwise.

In other words, arguing that the Saudis were pumping all out to push shale producers out of business was in essence arguing that they were going to all that trouble simply to likely extend the life of a putatively competing industry whose life expectancy wasn’t all that long to begin with. 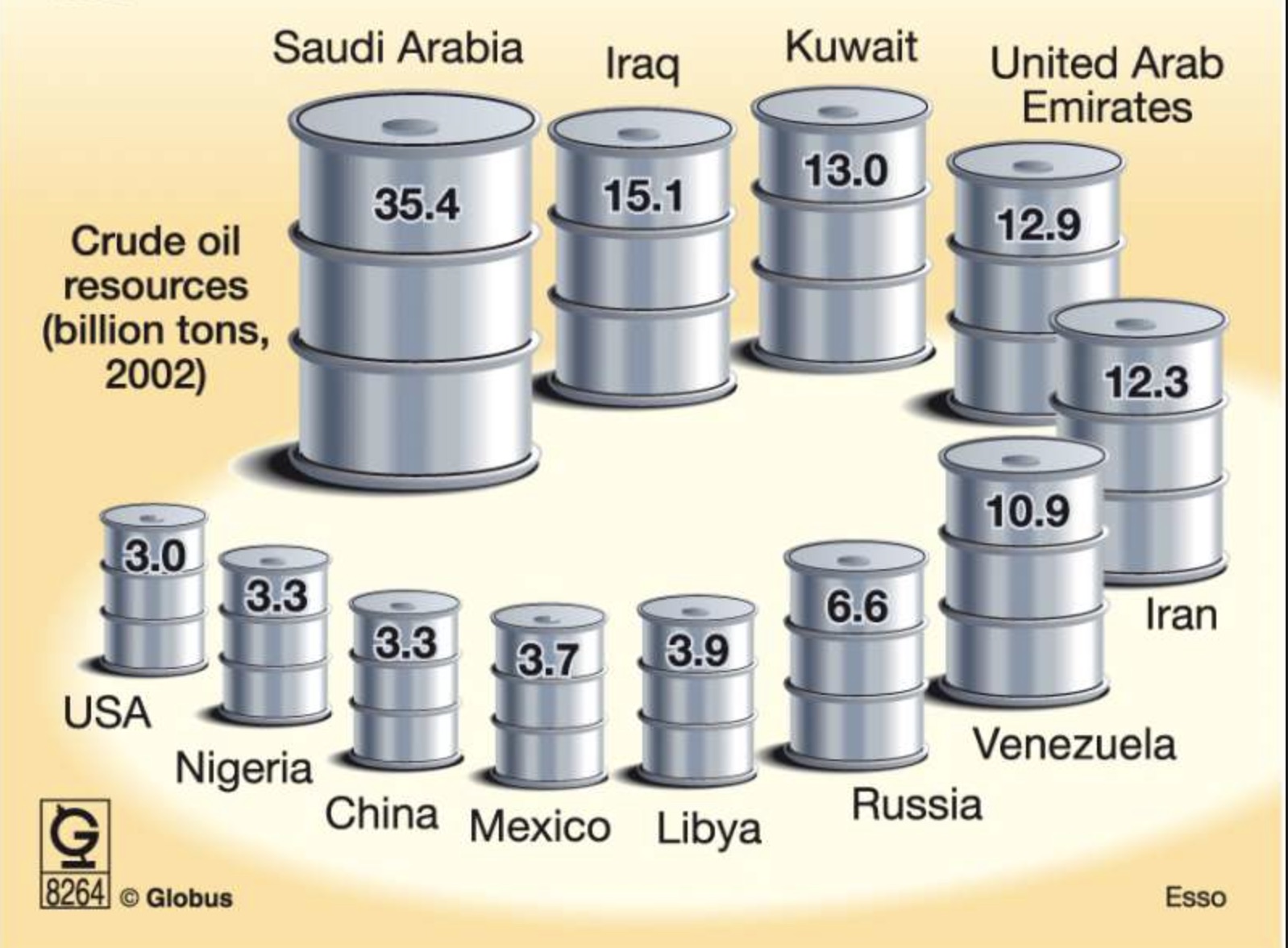 Saudis Create First Time In History Event
The Saudis’ actions led to something unprecedented: for the first time within memory – and probably ever in history – every major oil-producing country was producing at below all-in costs. In other words, not one of the world’s major oil producers was covering its nut. Growth for all of them slowed, while even the best situated, including Saudi Arabia, was borrowing money and spending monetary reserves to make ends meet.

So why the mad rush to pump as much oil as possible? Some numbers and dates tell the story. It was not to destroy shale but to establish their oil as the major part of the benchmark that would serve the East.

Between the start of 2010 and end of 2014, Saudi Arabia supplied China with more than 250 million tons of oil, compared to the less than 117 million tons China got from Russia. Since 2015 the differential has steadily narrowed. Over the past 10 months it has been a virtual tie as the lead has changed hands five times – the only five times Russia has ever exported more oil to China than has Saudi Arabia.

China’s Brilliant Move To Control The Oil Market
As for some relevant dates: in 2014, China made it known that it wanted to start trading an oil benchmark. A benchmark is a big deal, for it determines what oil individual buyers and sellers are trading. Though oil is largely fungible, there are differences among the oils produced in different countries, and while these differences are small, they still can make the refining process easier or harder depending on what kind of refineries a country has. If a benchmark becomes successful, and your oil is the most important constituent of it, you are going to sell more.

China’s plans for an oil benchmark drew some initial attention, but it soon faded. The Financial Times in 2014 quoted one analyst as saying “the oil contract is unlikely to be as influential as China’s metal futures because the global oil markets are already very large and liquid.” Another analyst said: “A lot could depend on how quickly China eases control over oil imports.” At the time China announced its plans for a benchmark, oil imports were the province of state-owned enterprises (SOEs). Smaller refiners, known as teapots, had to buy oil from the SOEs.

That changed in August 2014 when China issued its first permit to a teapot refinery to import oil directly from foreign sources. At the time, crude oil was trading near 100. The next month the Saudis dramatically lifted their production and raised their exports to China by 20 percent to the highest level ever. In early 2015, China issued a decree allowing all teapots to import foreign oil directly.

China Now Poised To Control Eastern Oil Markets
China had entered the refining business big time. Keep in mind that unrefined oil is little more than flammable black liquid. With the East destined to become by far the largest market for oil, and China by far the East’s largest economy, China is poised to establish nearly complete control over Eastern oil markets.

Now flash forward to July 21 of this year. Platts, the world’s leading provider of information about oil, released an article headlined: “Analysis: China’s oil product exports set to break all records.” I.e., China’s control over the Eastern oil market is well under way. And we expect that the oil benchmark, which has been delayed by more than a year from when it was to begin trading, will likely be up and running sooner than later.

Once the benchmark is established, the race between Russia and Saudi Arabia will likely cease. They will ratchet down their levels of pumping and the mispricing of oil will end. Oil prices will start to climb and eventually reach all-time records. 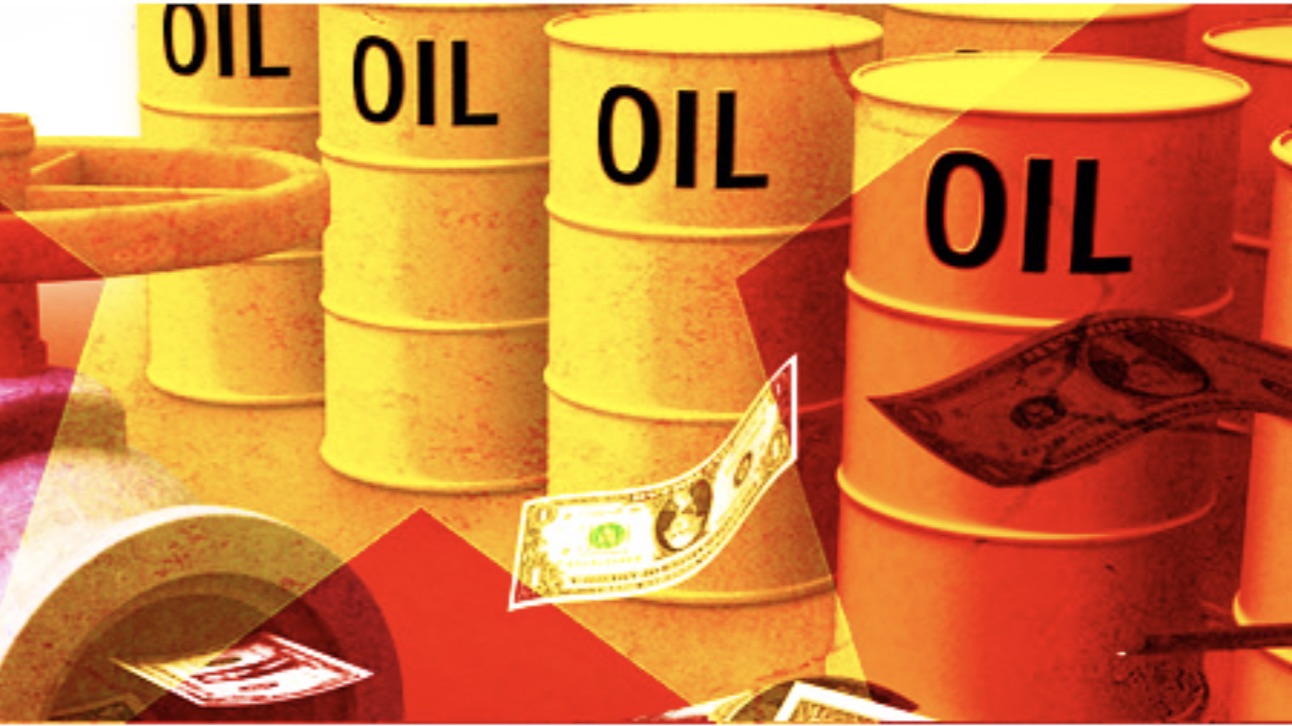 China Will Be The King Of Oil, But What About Gold?
There will be a lot of winners: Russia, Saudi Arabia, and above all, China. To return to the distinction we made at the top, China is in the wealth game, not the money game. Already oil changing hands with Russia is denominated in yuan. And given all the physical gold that China, as well as Russia, has accumulated, those exchanges are de facto – if not yet formally – backed by the one resource that is both money and wealth: gold. When Saudi Arabia and the other Gulf states join the party, the new currency in town will indeed be the yuan.

There also will be one notable loser: the U.S. It will suffer as the oil produced domestically from diminishing shale output won’t be enough to meet its needs and as oil produced in the East is denominated in yuan backed by gold, with the dollar’s former glory in eclipse.

So several things should be clear. The all-out pumping of oil was never about American shale. China is becoming king of oil. And most critical, oil no longer will be exchanged for just any piece of paper but for paper backed by wealth, namely gold. If you don’t own gold, you’ll be kicking yourself hard for a long time to come.” ***KWN has now released the extraordinary audio interview with Stephen Leeb discussing the gold and silver markets, what surprises investors should expect and much more and you can listen to it by CLICKING HERE OR ON THE IMAGE BELOW.