On the heels of the Dow hitting new all-time highs and the U.S. dollar surging, China is about to shock the world and the global financial system.

(King World News) Stephen Leeb:  “Global turmoil keeps ratcheting up. Just when you think it couldn’t get any worse, it does. The attempted military coup in Turkey is the latest eruption, following on the heels of yet another massacre in France. Syria remains an ongoing nightmare while terrorist bombings in Iraq are so commonplace they barely register…

Stephen Leeb continues:  “In terms of economic and financial instability, less violent but still worrisome manifestations of turmoil include signs that Italy’s banks are on the brink of ruin while Britain’s foreign debt is nearly five times greater than the country’s GDP.

And the West seems helpless in the face of it all, with monetary levers that could be used to boost growth, always a healer of sorts, busted in the face of negative productivity growth and the inability of heavily indebted governments to chip in.

China Gaining Control Of The World’s Monetary Machine
In the midst of this chaos, China, step by stealthy step, is gaining control of the world’s monetary machinery. Its ultimate success at this endeavor would leave many Western countries, including the most stalwart, floundering under conditions sure to be even more difficult than today’s. For investors, gold and other precious metals will be the best, if not the only, way to protect against this coming chaos.

I referred to China’s ascent as stealthy, but actually, if you follow the financial data closely, even this least transparent country hasn’t managed to conceal its ambitions and astounding successes in areas that will translate into global monetary dominance. 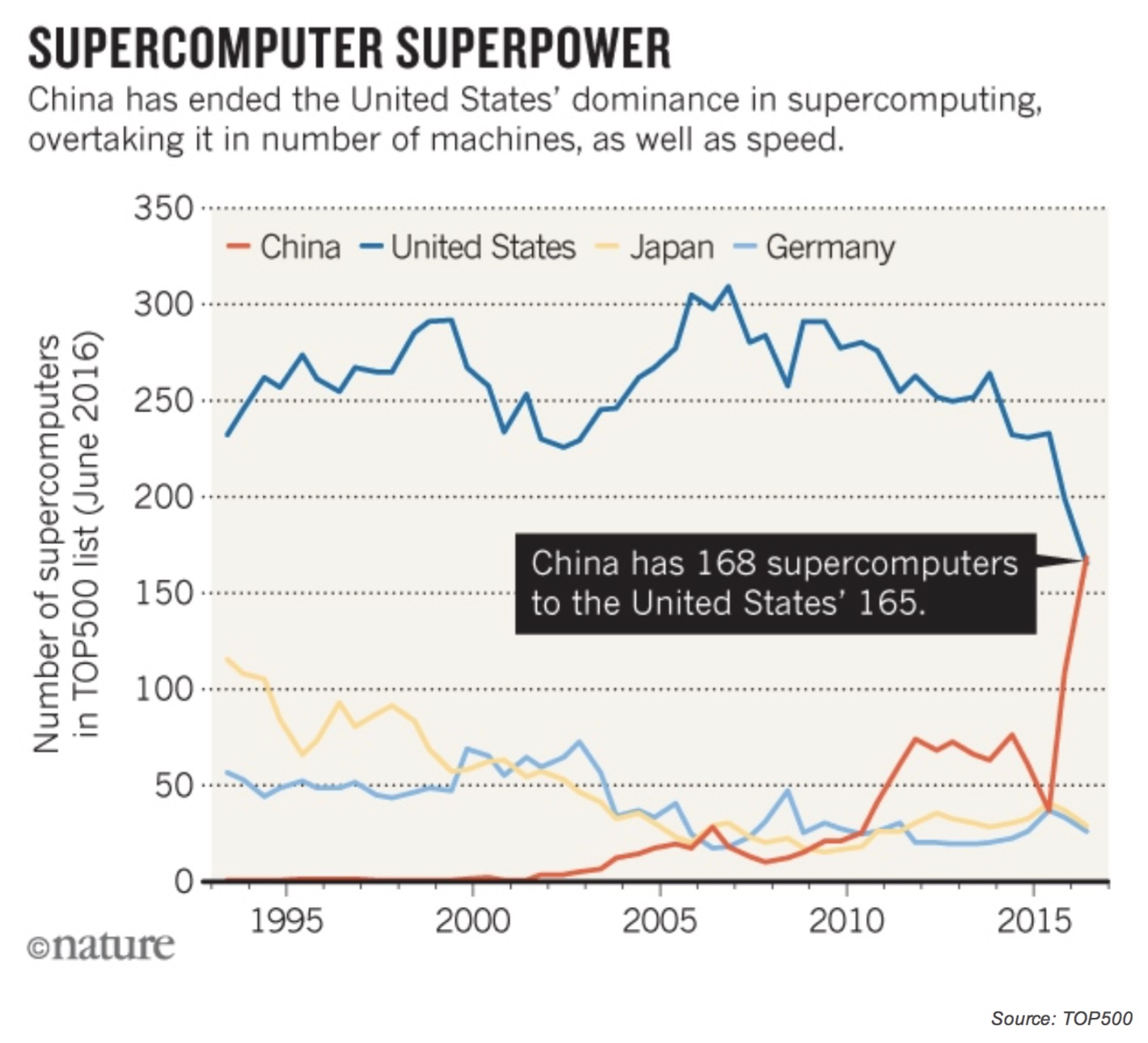 So how does this tie in with monetary control? Supercomputers do more than process massive amounts of data. They also make it possible to protect data far more securely. And this is critically important for monetary transactions. China’s dominance in supercomputers helps explain why China is the world leader in virtual, or cyber, currencies, such as bitcoins. Virtual currencies are created by extremely complex software, which in the IMF’s words offer “an innovative decentralized means of keeping track of transactions in a large network.” And while virtual currencies entail risks, China’s supercomputers are best positioned to counter those risks. 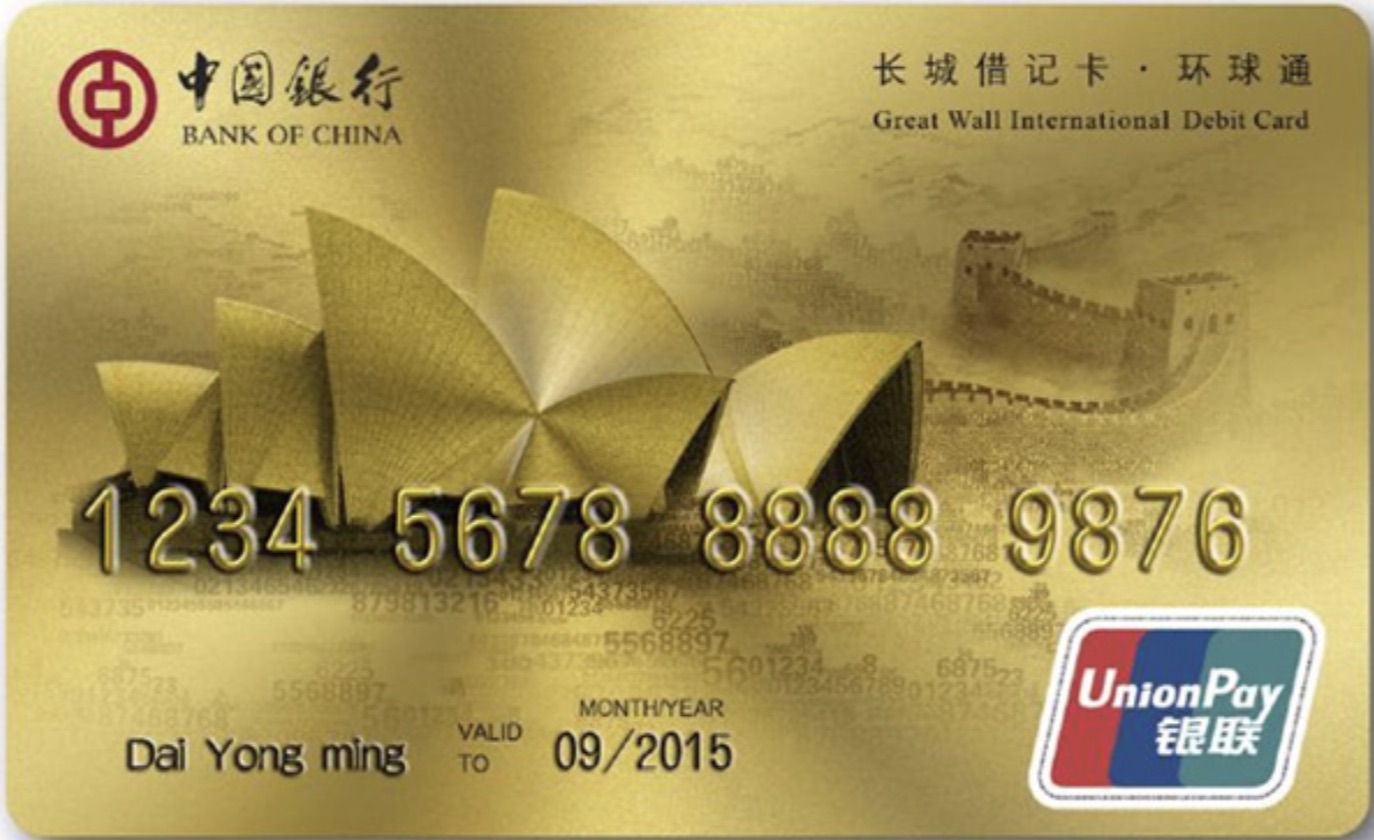 China’s UnionPay Crushes MasterCard and Visa Combined
Supercomputers also have doubtlessly been critical in vaulting China to yet another point of dominance: it has become the No. 1 processor of global credit and debit card payments. As of 2015, wholly state-owned China UnionPay (CUP), a gargantuan company little known in the West, has issued more credit and debit cards than Visa and MasterCard combined. In terms of total dollars processed, it trails only Visa, processing 35 percent vs. Visa’s 39 percent, and it’s almost certain to surpass Visa in short order. And CUP isn’t just for the Chinese. Its cards are used in some 150 or so countries, and more than 90 percent of ATMs in the U.S. dispense money to CUP cardholders.

China Will Use Gold To Back Its Currency
As China’s hegemony in virtual currency and plastic debt and credit – which together constitute the lion’s share of consumer financial transactions – continues to grow, the final step in China gaining the monetary control it craves is to insert gold into the picture. We have no doubt whatsoever that gold is integral to China’s plans. To quote Song Xin, the Chinese Communist Party secretary in charge of gold: “Gold is the only product that holds properties of a commodity and currency; it’s the most trusted asset on which modern fiat currency can be based.”

Exactly how will China use gold in the new international monetary order it plans to create? And does China really have enough gold to carry through on its plans? I’ll address these questions in detail next week. Here I’ll just note that while no one knows for sure how much gold China has – it has been steadfastly cagey on this question – the evidence suggests it could easily be a massive amount, and certainly far more than China has been willing to indicate – and far more than even most gold bulls might imagine. Stay tuned.” ***KWN has just released the incredible audio interview with London metals trader Andrew Maguire and you can listen to it by CLICKING HERE OR ON THE IMAGE BELOW.

***Also Just Released: Here Is The Most Important But Least Watched Gold Chart Of 2016! Click Here.

Solid Gold, Who Will Pay The Electric Bill? And Fed Preparing To Pivot With Economic Trouble Dead Ahead