As we kickoff trading in the month of August in global markets, Gerald Celente just issued an alarming prediction for people living in major cities.

August 2 (King World News) – Gerald Celente:  Commercial landlords and others who depend on the “office economy” have high hopes for fall, now that many employers have set Labor Day as the marker when employees must return to central offices.

Businesses from clothiers to skin-care retailers and food trucks are preparing to resume life as it was before the COVID War, which will mark its 18-month anniversary on Labor Day this year.

Internet Searches
The number of Internet searches for the term “dress shirts” has risen back to 2019 levels, according to Google Trends data.

“We’re hearing more and more across all markets that Labor Day is the target,” Paul Gaines, chief asset officer at national commercial landlord Accesso, said to the Financial Times.

“The expectation is that the majority of workers will return to the office at least part-time,” he said…

With vaccination rates in New York City and San Francisco above the national average, ‘this gives our tenants and us more optimism for a meaningful and safe return to office after September,” Albert Behler, CEO of office building owner Paramount Group, told the FT.

62% Expected Back Downtown
Many large New York City employers expect an average of 62 percent of workers to be back downtown by October, although just 12 percent had returned in May, according to a survey by the nonprofit Partnership for New York City.

In the 10 largest U.S. metro areas, office occupancy had risen to an average of 34 percent, according to Kastle Systems, a company measuring swipe card usage in 2,600 office buildings.

Law firms are leading the return, with a 55.7 on-site rate for workers.

However, the slowing U.S. vaccination campaign and rising tide of infections of the COVID virus’s virulent delta strain may dash hopes for a return to pre-crisis times.

Apple has told workers that, instead of returning to their offices in early September, they should wait at least a month and perhaps longer, the FT reported.

Starbucks stores around Grand Central and Pennsylvania stations in New York City still see 70 to 75 percent fewer customers than before the crisis began, the FT noted.

TREND FORECAST:
Commuters will return to office centers, but not in the numbers that can support the pre-2020 economic ecosystems that depended on them.

With fewer commuters, there will be fewer cafes, restaurants, office-wear stores, and other retailers, leaving building owners competing to fill empty spaces by slashing rental rates, offering more generous allowances for remodeling or decorating, or agreeing to accept a percentage of sales as rent payment.

We again refer to a Fitch Ratings study concluding that if companies surrender 10 percent of their office space as workers remain at home at least a portion of the time, the value of office buildings could plummet as much as 40 percent.

Cities To See Downward Spiral In Living Standards
A crash in property values will, in turn, crash city budgets, leaving cities unable to fund past levels of services in police protection, firefighting, education, and trash collection, among others. (New York City gained 40 percent of its pre-2020 revenues through property taxes.)

As levels of service decline, more residents will seek homes outside of urban centers, consigning cities to a downward spiral in living standards. 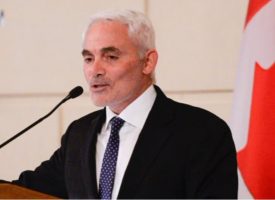 Alasdair Macleod – Panic And The End Of Fiat Currencies