At this point it appears that the bullion banks are gambling by getting even more short the gold market.

June 4 (King World News) – Alasdair Macleod:  Tonight’s Commitment of Traders’ report showed that the Swaps (bullion bank trading desks) increased their shorts by cutting their longs and increasing their shorts for a net change of nearly 6,000 contracts. Interestingly, the Producer/Merchant category cut their hedging by a remarkable 8,657 contracts, reducing their exposure to only 25% of the two non-speculator categories.

On the speculator side, the Managed Money category increased its net longs slightly — 2,718 contracts, but at just under 110,000 contracts net long their collective position is effectively neutral. Meanwhile, the other Reported and Non-Reportables took some profits; hardly surprising perhaps given that since 30 March the gold price had rallied by over $200.

This was the position before Thursday’s sell-off, when the gold price fell $38. Clearly, the Swap category were getting into trouble with their shorts, and an optimistic estimate of private sector payrolls issued by ADP Research (no, I hadn’t heard of them either!) pushed the dollar’s TWI higher by 50 basis points and gave the excuse for a vicious markdown for both gold and silver. The fact that this failed to achieve anything was confirmed today when gold and silver prices rallied to recover most of the lost ground.

The next chart updates the Swap’s position. 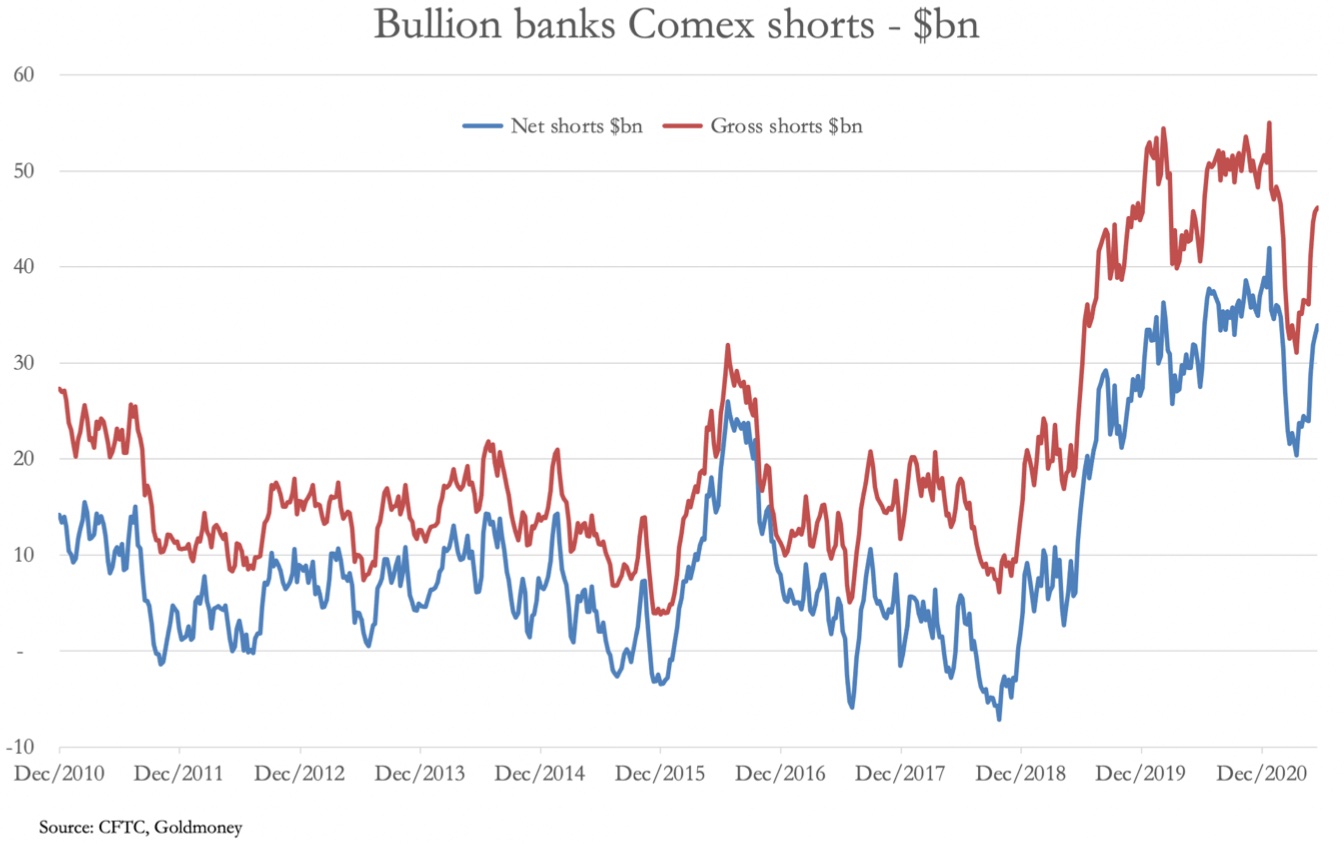 There appears to be nothing the Swaps can do to get off the hook. 28 of them are short of $46.2bn, up $0.5bn to an average of 1.65bn each, while 20 Swaps are long $12.3bn, an average of $615m. Besides showing the majority are in deepening water, assuming the British bank regulator goes ahead with complying with Basel 3 regulations at the end of this year, the 43 LBMA member banks have still to work out how they will close their positions. This is not just in London, but on Comex as well.

Other than to wish them luck, I have no advice which could be helpful to them.