Below is a bubble alert plus an update on the gold market.

February 5 (King World News) – Peter Boockvar:  With the Democrats seemingly wanting to go at it alone on spending almost another $2 Trillion after the $900b bill passed a bit more than a month ago and the $3 Trillion spent last year, interest rates continue higher with the 10 yr now at 1.15-.16% and the 30 yr at 1.95%. As no lunch is free when spending this extraordinary amount of money, it seems hard to avoid higher inflation and interest rates.

As for the stock market and again to the question of when higher rates matter, it’s impossible to know but here is a chart of the valuation of the S&P 500 from which it would matter at some point. It’s a chart of the Enterprise Value to Sales as it includes debt and avoids the games played with earnings.

While Fed members stated their comfort with market valuations and market stability this week, when looking at this chart (and the margin debt one yesterday) one has to wonder how the Federal Reserve can EVER taper and raise rates again without causing a market hissy fit. Also a frame of reference, with the dividend yield on the S&P 500 at 1.5%, the 10 yr is now not that far behind.

The dollar is also weaker after yesterday’s strength on the spending blowout while commodities are benefiting, particular oil which is up another 1%. The CRB raw industrials index yesterday closed at the highest level since June 2014 and is approaching levels last seen in early 2012.

Commodities Continue Rally From Most
Undervalued Level In History

About the gold market…

Gold
King World News note:  The gold and silver markets are rallying after yesterday’s takedown. Keep in mind that the gold market always looks horrendous technically at or near major bottoms. The chart below is a look at how the bullion banks are drawing the (50) WEEKLY chart of the gold market, attempting to make it look like it is breaking down in order to generate additional selling. It will be very interesting to see if they succeed or not. 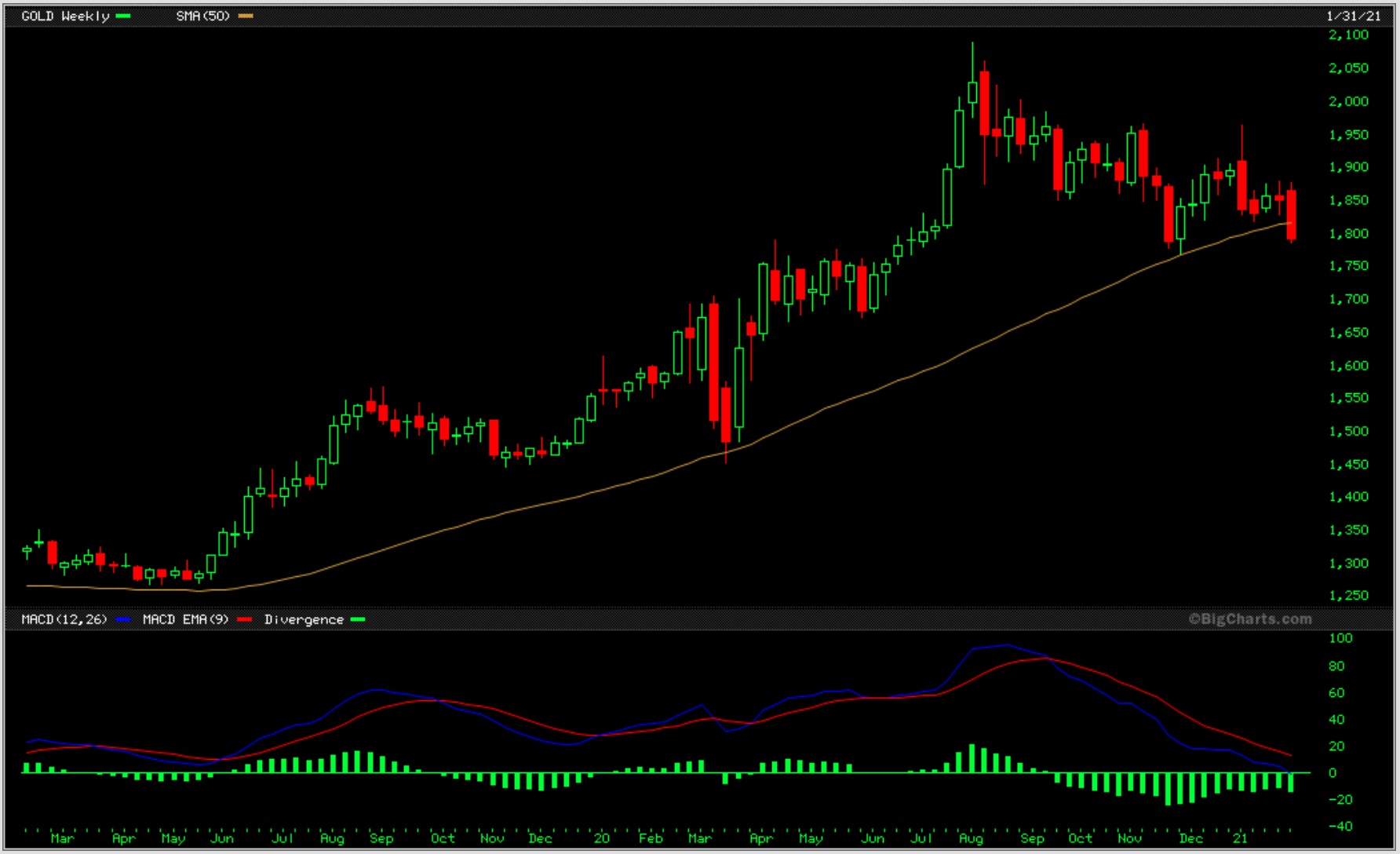