Today billionaire Eric Sprott spoke with King World News about the greatest danger in world markets today.  This came directly on the heels of the Canadian billionaire issuing one of the most dire predictions of 2015. 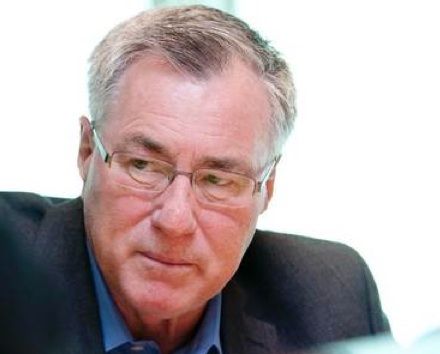 Eric Sprott address the greatest danger in world markets today — the fact that they are all rigged by the invisible hand:  “I happen to be of the view that the reason precious metals prices go down on Friday at the end of the month is simply that all the guys (at the bullion banks) know that at 8:30 in the morning on Friday, they (the manipulators) all get to act together.  It comes out at 8:30 (the U.S. Jobs Report) and BANG! — they (who rig the gold market) can all go and act in concert.  Of course when you get that tsunami of selling in the paper market, all of a sudden gold and silver collapse.” Eric Sprott's remarkable audio interview has now been released! To listen CLICK HERE OR ON THE IMAGE BELOW. The written interviews only contain 5 percent of what is in his outstanding audio interview. Sprott discusses global financial collapse, one of the most dire predictions of 2015, the gold and silver smash, what surprises to expect this year and much more.

Warren Buffett And The Greatest Crisis Facing The World Today