With the Dow closing over 18,000 and the Nasdaq above 5,100, today one of the greats in the business sent King World News a fantastic piece on what to expect in the second half of 2015, plus a remarkable bonus Q&A that includes everything from the Greek crisis to China and gold.

July 14 (King World News) – Overnight the world was more or less a happy place, though China did see many of its indices lower, as the world cheered the recent stabilization there, the anticipated Greek can kick, and the Iranian deal. Thus, all problems are now solved and we can all just get in position for the second-half boom….

The latter is a sarcastic statement on my part, but getting these news items out of the way will at least give us a clearer reading about how the market wants to respond to disappointing earnings and guidance (when we see them) for various companies. 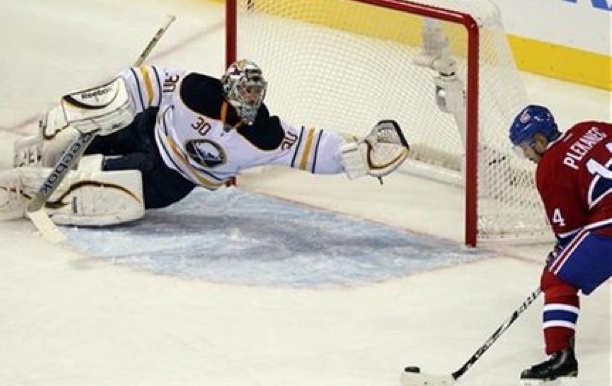 The second-half hockey stick that so many anticipate — and have handicapped into prices — is going to be nearly impossible to achieve in my opinion, but it can't be disproven until it doesn't happen, and it only matters when the market collectively realizes that there is no hockey stick after all. So despite disappointing data, such as retails sales today, that realization has not yet occurred.

Turning to the action, by midday the market had gained a little better than 0.5%, led by the Nasdaq, which saw a decent amount of partying in high-flyers. The chip sector was firm thanks to the takeover bid for Micron by the Chinese entity Tsinghua Unigroup. I doubt the U.S. government will allow that deal to go through, but it did get people excited about chips. The market kept grinding higher in the afternoon and with an hour to go (when I had to leave) the Nasdaq was up 1% with the Dow/S&P roughly 0.75% higher.

Away from stocks, green paper was a bit weaker, though a little quieter than it has been. Oil rallied 1%, bonds were higher, and the metals were lower, with silver losing 1% to gold's 0.3% loss.

Included below are three questions and answers from today's Q&A with Bill Fleckenstein.  The questions are from his subscribers and they get to read Fleckenstein's answers every day.

Question: For anyone still missing the joke, Bank of Japan Governor Haruhiko Kuroda summarized the view of the global central planners when he said, " trust that many of you are familiar with the story of Peter Pan, in which it says, ‘the moment you doubt whether you can fly, you cease forever to be able to do it.’ Yes, what we need is a positive attitude and conviction.” Perception supplants reality. The moment leaders (or markets) start making it about the math, gravity comes into play. Fairy dust has been thrown around so hard, it's getting difficult to see straight.

Answer from Fleck:  "LOL, what a piece of work Kuroda is."

Question: No question, just a thought…
“Lenin is said to have declared that the best way to destroy the capitalist system was to debauch the currency. By a continuing process of inflation, governments can confiscate, secretly and unobserved, an important part of the wealth of their citizens.

By this method they not only confiscate, but they confiscate arbitrarily; and while the process impoverishes many, it actually enriches some. The sight of this arbitrary rearrangement of riches strikes not only at security, but at confidence in the existing distribution of wealth*. Those to whom the system brings windfalls, beyond their deserts and even beyond their expectations or desires, become ‘profiteers’, who are the object of the hatred of the bourgeoisie, whom the inflationism has impoverished, not less than of the proletariat.

As the inflation proceeds and the value of the currency fluctuates wildly from month to month, all permanent relations between debtors and creditors, which form the ultimate foundation of capitalism, become so utterly disordered as to be almost meaningless; and the process of wealth-getting degenerates into a gamble and a lottery.

Lenin was certainly right. There is no subtler, no surer means of overturning the existing basis of society than to debauch the currency. The process engages all the hidden forces of economic law on the side of destruction, and it does it in a manner which not one man in a million is able to diagnose.”

Answer from Fleck: "Lenin may have been right about this, but he was also dead wrong about communism."

Historic Time To Invest In Gold And The Shares

Question: Dear Bill, First of all, I'd like to thank you for your remarkable insights into the forces that are driving the financial markets.
I have been a subscriber for about a year and a half and have been reading your Ask Fleck answers as well as your Daily Rap virtually every day. Your writings have given me an understanding of the psychology of the markets that I just never had before. I had sensed for some time that the markets were acting very strangely, even crazy, but I never really understood why. So thanks for shedding light on that for me.
Second, I just read Fred Hickey's "High-Tech Strategist" newsletter for July and he makes a pretty persuasive argument that this is a great, perhaps even historic, time to invest in gold miners. I own a fair amount of physical gold but have no investments in gold mining stocks. I know you have commented many times about various companies, but my question is more basic.
Do you think this is a good time and a good idea for an unsophisticated investor (unsophisticated as a trader that is, moderately sophisticated about the macro fundamentals of the markets) such as myself to put together a small position in gold mining stocks? My plan would be for it to be only around 20% of the size of my position in physical gold.
And if so, how would you do construct your portfolio? Fred mentions five specific companies–Agnico-Eagle, GoldCorp, New Gold, Detour Gold, and Aurico Gold–and I thought about just purchasing their stocks. Or do you think it's better to stay away from the miners given their volatility if I'm not familiar with how they trade. My plan would be to purchase them as mainly a buy and hold proposition for several years. Thanks

Answer from Fleck: "Yes, if you have none, you should establish a position and then add to it when things start to turn and they respond more positively to "good news" for gold. I like the first three choices much more than the second two. I also own PAAS and PVG." ***To subscribe to Bill Fleckenstein's fascinating Daily Thoughts CLICK HERE.

One Of Gerald Celente’s Best Interviews Of 2019 Has Now Been Released!