On the heels of the Dow falling more than 250 points, today one of the greats in the business sent King World News a fantastic piece noting that if the tumble in stock continues it will impact gold, silver, the dollar and bonds, plus a bonus Q&A about gold, Bitcoin, stocks and a front lines report on wage pressures.

November 12 (King World News) – Overnight markets were higher in Asia but lower in Europe, as dovish comments from Draghi weren’t enough to send stocks higher. The SPOOs followed Europe and once the market opened it followed the SPOOs, such that by midday the indices had lost a little more than 0.5% with the S&P sitting quite near its 200-day moving average, though the Nasdaq was a fair bit stronger. From there a bounce was attempted, but it essentially went nowhere and more sliding ensued. By day’s end the market was over 1% lower and it closed on the lows…

Off On a Technicality

Over the last few days (starting last Thursday) I have discussed the fact that I feel like the market may be exhausted and ready to fail. Today’s action only reinforced my conviction that a top might be in the process of being completed. 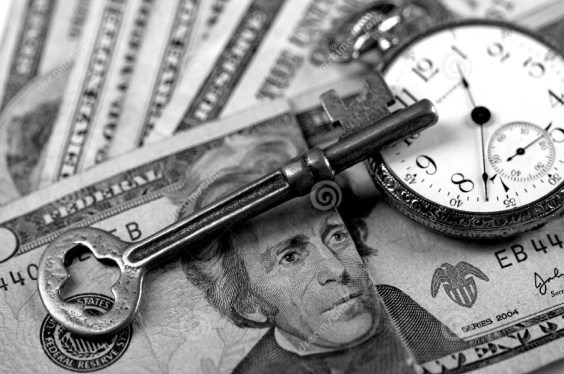 If so, the ramifications will be powerful for the economy, the dollar, bonds, and the metals. But at this juncture, I don’t want to get too far ahead of the action. Suffice to say that I think bear market action might be in front of us.

Away from stocks, green paper was a bit weaker, and even the euro managed a small bounce, despite Draghi’s (and six Fed heads’!) rhetoric. Oil lost 1%, fixed income was higher, and the metals lost ground again in somewhat wild trading. After being higher overnight, they were smacked for about 1% shortly before the New York opening. They then saw an immediate reversal that took both gold and silver to positive on the day. From there they leaked again back to the lows, then rallied again to close just 0.2% lower. The miners acted OK all day and PAAS (which reported a good quarter) was actually slightly higher.

Question: Bill, what is your sense on how low gold can move from here, in a worst case scenario? Obviously the biggest concern would be that it starts to “catch up” to commodities like copper, which have fallen more than gold has. How concerned are you with that kind of a scenario? Do you think there is a real absolute floor on the gold at some level not too far from here, supported by fundamentals? Thanks so much.

Answer from Fleck:  “There is no floor in anything ever, but I think that this might “just” be a test of the prior low… The miners have actually held up better than gold, which may be meaningful – but that is just a guess, there is no way to be certain.”

Question: Bill, regarding the reader who commented on upward wage pressure/minimum wage pressure. I’m responsible for a large manufacturing organization – about 1200 employees in California. Many are unskilled laborers. Many of these do not speak English fluently. Our company has been growing over the past couple of years and our biggest challenge has been hiring direct labor. We have bumped the entry level wage twice in the past 18 months to keep ahead of minimum wage and to attract people. We are still seeing 20%+ turnover – most people leaving for higher wage jobs and struggling to recruit at wages substantially above the state minimum. We have had 6-figure management positions unfilled for over a year because of difficulties hiring qualified people at competitive rates.

I know that you feel that the unemployment numbers are manipulated. I’m not smart enough to understand all of the manipulations that may be taking place, but I can tell you from a real-world perspective that the labor market at all levels is very tight and it is creating tremendous upward pressure on wages. Hope this information is useful to you and the reader who asked for your “thoughts”.

Answer from Fleck: “Thank you for your information from the “front lines,” I’m not sure what to make of that except that I know some people can make more at the low end from the government than they can by working. But that doesn’t explain your 6 figure pay/management shortage!”

Question: Hi Bill, you recently addressed my question about the Bitcoin link or lack of link to the speculation in the stock market, but it seems eerie that bitcoin was $360 when I wrote you a few weeks ago and that right after that it spiked to $500 the same day that the S&P peaked. And now Bitcoin has broken down very sharply to $310. I say it seems eerie because a peak and then break in the price for Bitcoin in July proceeded the August air-pocket decline in stocks. So I think you might not want to discard this new technical tool for measuring speculation that could be signaling something very steep to the downside might occur in our markets dead ahead. My question today is about a failing rally. Isn’t this a failing rally if the S&P fails to hit a new high and then goes through its August lows instead of waiting for the next rally after that to fail as you wrote recently? Thanks again for your insights.

Answer from Fleck: “I will leave Bitcoin as an indicator to you. To me, it smacks more like the super indicator (which was merely coincidence). As for a failed rally, you can’t know for sure until you see what the rally looks like after the lows in August are taken out. You can trade it as though that WILL be the case, but you can’t know for sure until much further down the road (which doesn’t help you if you are trying to set trades or make investments now). That’s just the nature of the beast.”

Question: Hi Bill, I bring this up because you mentioned a few technical patterns that you might watch for, island tops and island bottoms. We seem to be set-up for small island bottoms for both GDX and GLD, but not significant perhaps. But I’ve never seen an island top set-up anything like the one that now exists for QQQ. This might be the only major index to hit a new high anywhere in the world. So far, and I know things could still rally more, the troops or the Nasdaq itself is not hitting a new high. For QQQ, the upside gap is from $109.80 to $112.07.

This gap plus the additional large number of trading days ALL ABOVE the $112.07 price now at 14 days could lead to a gap down any day. A top like this, should it occur, leaves millions of investors (and even computer trading programs) thinking and saying “I’ll wait until it fills the downside gap to sell,” and they never get the chance, leaving them with larger and larger losses over time. Valuations need to be at extremes to get excited about this, and you have made that case in spades. Are you watching for this possible historic event for QQQ to gap down, and would you possibly trade significantly on it should it occur and say the S&P rally has failed?

Answer from Fleck: “I am not “waiting” for it per se, but if it were to occur in conjunction with a break in the SPOOS. I would certainly pay attention and likely take action.”

***ALSO JUST RELEASED: Did We Just Witness One Of The Greatest Signals In History? CLICK HERE.

WARNING: Look At The Insane Levels Of Speculation Far In Excess Of What Was Seen During Dot-Com Bubble