Here is a look at Barbie Dolls and real world inflation.

April 5 (King World News) – Danielle DiMartino Booth at Quill Intelligence:  Dare we tell our daughters Barbie was inspired by a saucy high-end German call girl named Lilli who first splashed into the night scene in 1952? The Hamburg newspaper Bild-Zeitung created such a notorious comic-strip character, she was immortalized in plastic, an adult novelty with physical attributes that would have been expected, including a platinum blonde ponytail. 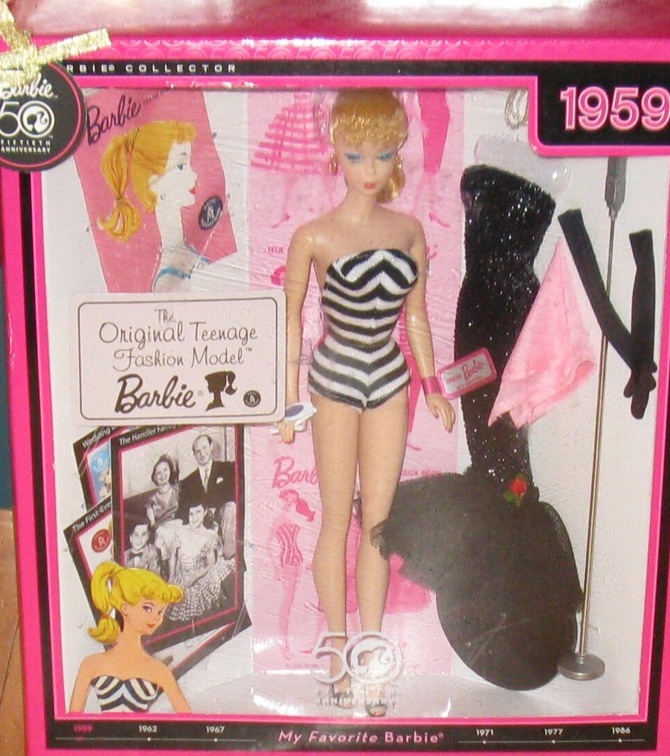 As history per Barbie and Ruth by author Robin Gerber has it, the, um, vivacious doll captured the attention of one 15-year-old Barbara Handler on a 1956 vacation through Switzerland with her mother, Ruth – co-founder of the Mattel toy company. With three doll souvenirs (prototypes) in hand upon her return to California, it took all of three years for a sensation to be born. Named Barbie after her daughter, an icon was born at the American International Toy Fair in New York on March 9, 1959. 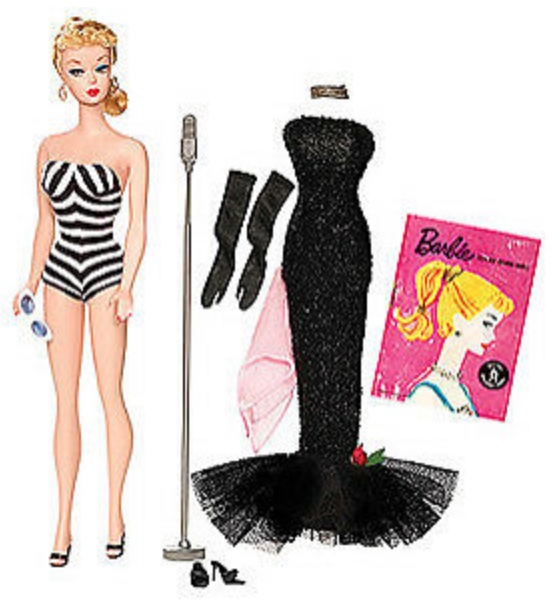 These days, the makers of Barbie would be happy to procure, at some semblance of a reasonable price, the basic material needed to make the doll. Winter Storm Uri seems to have taken issue with this day-to-day aim. Per Mattel, because of the storms that took petrochemical plants in Texas offline, plastics prices could crimp Barbie production, or at least make the doll, whose popularity is unmatched in history at the moment, a wee bit pricier. Tack on the cardboard and other packaging materials needed to ship Barbie, to say nothing of what it costs to deliver her to sellers, and you’ve got quite the toxic brew.

The data bear out Mattel’s margin squeeze. Per the Institute for Supply Management’s (ISM) March report, prices for Plastic and Corrugated Boxes have risen for three and five months running, respectively. It follows that these two inputs top the list of commodities in short supply…

As we’ve warned for months, you don’t take the world’s ninth largest economy offline and expect no reverberations. Per the ISM, Plastics & Rubber Products producers lamented, “Tremendous stress on the supply chain since the winter storm in Texas. Chemicals are on allocations or unavailable. Resin is on allocation and unavailable.”

The Dallas Federal Reserve’s March Manufacturing Survey echoed the national level stresses. Chemicals manufacturers said, “We are passing along price increases where we can, but we are seeing marginal business go away. I am very concerned with the six-month forecast and unable to meet deadlines.” Paper manufacturers piled on, saying, “We are seeing tremendous price increases in raw materials at this time. We are passing them on to unhappy customers due to the shortage of supply.”

No doubt, Dallas-based Kimberly Clark is among those expressing displeasure. Last Wednesday, the company announced they’d notified the “majority of its North America consumer products business” of price hikes in the “mid-to-high single digits.” Mind you, this move precedes the unknown ripple effects of the Ever Given’s Suez Canal six-day drama. The Dallas-based paper giant’s news was likely prompted by a separate announcement made on March 23rd, Day 1 of the ship being stuck. To offset pre-existing shipping constraints, Sao Paulo-based Suzano, which accounts for roughly a third of global supplies of hardwood pulp, raised prices in the U.S. by $100 a ton to $1,240.

Broadening out to the industry level, of the five industries with declining inventories in March, Wood Products was the most depleted. As you see in the top righthand panel, prices for Paper Boxes and Containers (yellow line) fell steadily into the trade war, but hockey-sticked to a record after the pandemic struck. Shipments, Inventories and the PPI have all followed suit. We offer the longer history for one reason – to illustrate the game changer 2005’s Amazon Prime introduction was to box prices.

On the flip side, in March, eight industries reported higher inventories, helping ISM’s Inventories pop back into expansion territory of 50.8. The report noted that, “Inventory-growth stability in light of ongoing supplier constraints indicates that supply chains are meeting near-term production demand, despite transportation challenges and COVID-19 headwinds.” In other words, while the entire supply chain is not out of the woods, this too shall pass. The light at the end of the tunnel for manufacturers backs the record temporary employment in manufacturing detailed in last Thursday’s Feather.

Across the Plastics spectrum (orange bars), winter storm Uri’s effects on Texas production were the least disruptive for Propylene, with nearly a fourth of the state’s production taken offline; in the worst case, four times that level of Propylene Glycols is shuttered. As unsettling as rising plastics prices are for producers, the explosion in PVC pricing (bottom righthand panel) and across the complex is set to finally see relief. Plastics and Rubber Products were one of eight industries reporting increasing inventories in the ISM report.

As for Barbie, shipping her looks to get costlier in coming months while what Mattel spends to produce the doll will begin to fall barring one potential impediment. According to one Texas plastics producer, “The extension of unemployment benefits may be a cause for concern since in some cases the benefits plus the extra is more than what an employee makes in a week.” As seen in Friday’s jobs data, at 4.2 million, permanent unemployment is at an eight-year high. The growing body of anecdata suggests fiscal policy is one of the drivers of this economic scourge.

ALSO JUST RELEASED: Greyerz – Banks Face Shockwaves Of Losses As The World Teeters Near The Edge Of Collapse CLICK HERE.