On the heels of gold and silver continuing their recent surges, analyst David P. out of Europe sent King World News two extremely important gold charts along with a $3,500 price target for gold.

Major Breakout In The Gold Market
January 12 (King World News) –The following long-term gold charts and commentary were sent to KWN by analyst David P. out of Europe:  “Right now gold is testing the last major resistance before the big move (see chart below). 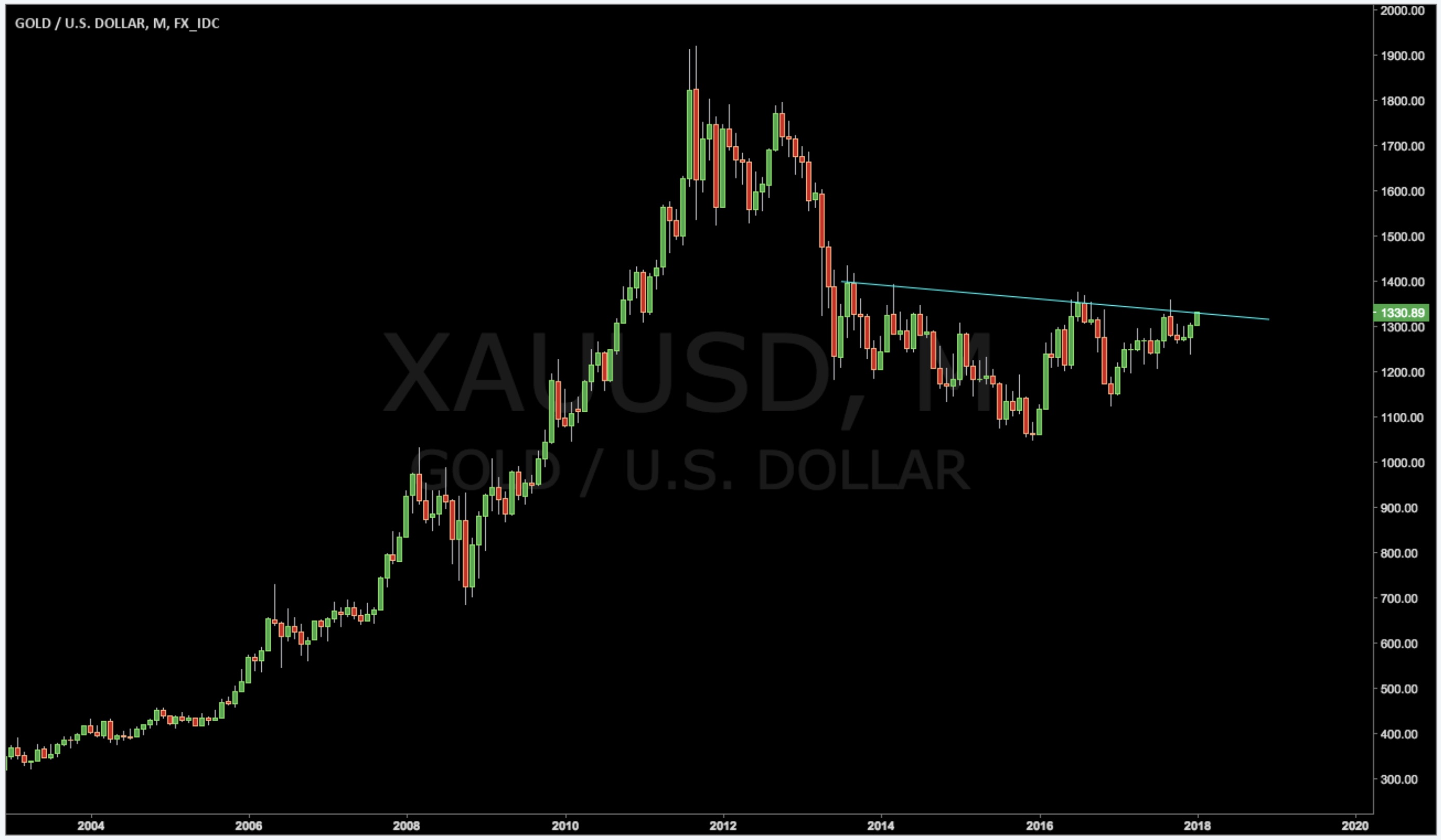 If gold sustains the breakout above the resistance, I believe it could reach all-time highs by the end of August of this year. The same may be true for silver…

The only resistance level after a gold price breakout to new all-time highs is the circle on the red line in this chart (see chart below). 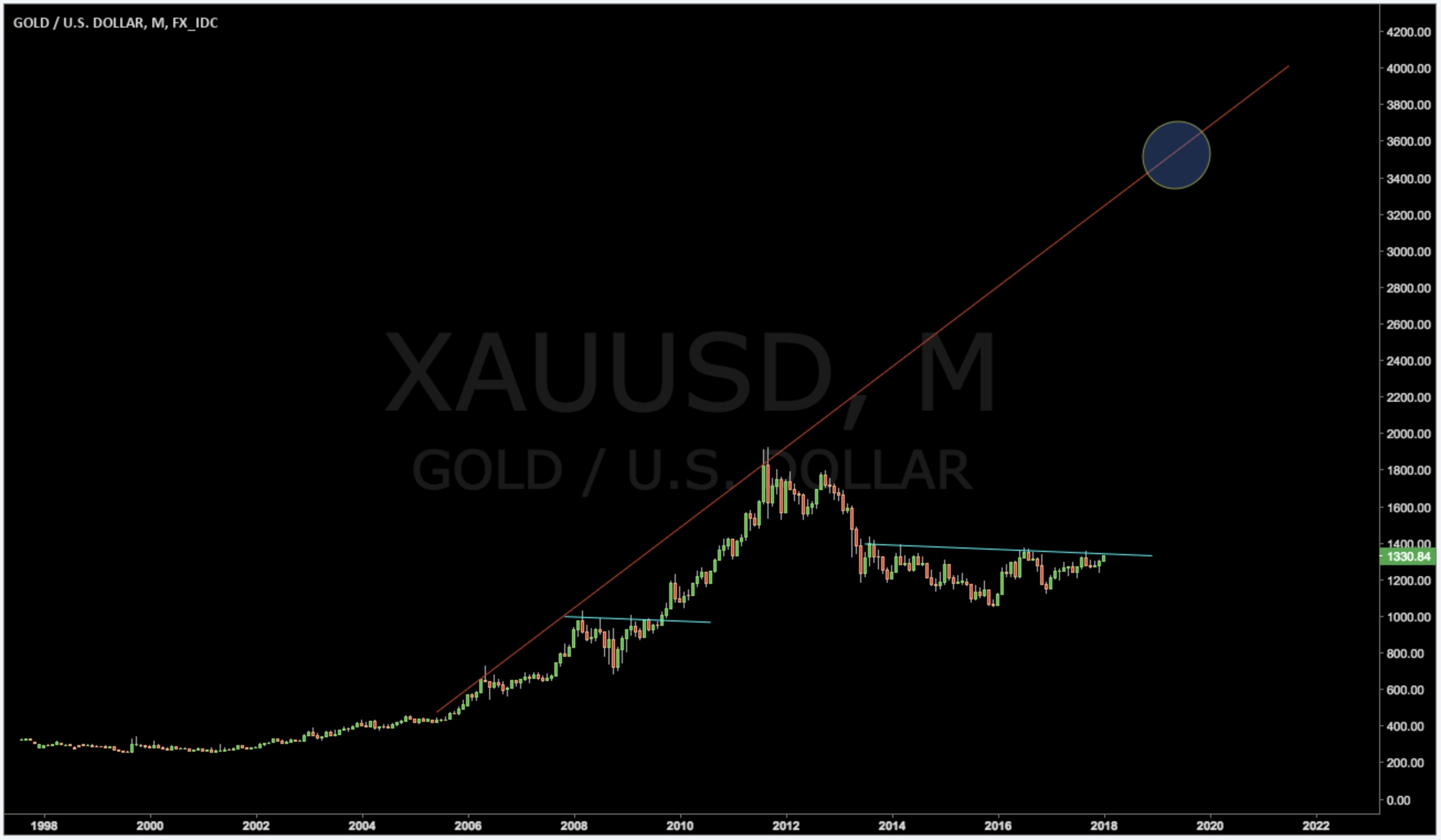 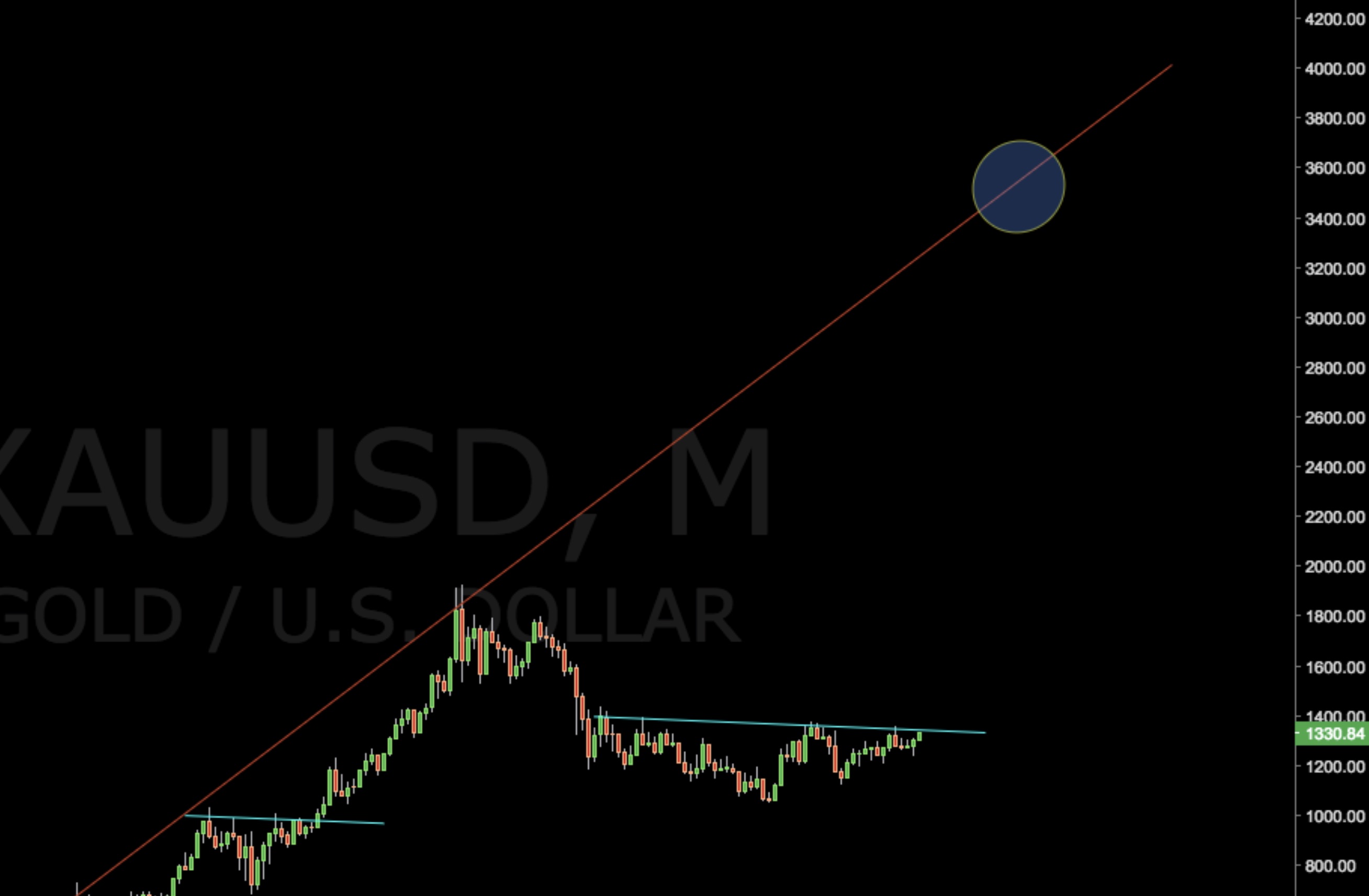 King World News note:  There is no question that the gold market is poised for big gains in 2018.  The first breakout David P. highlight in the first chart will set the stage for the eventual surge above the key psychological level of $1,400.  At that point you will start to see some real fireworks in the gold market.

Did We Just Witness One Of The Greatest Sell Signals In History?