January 21 (King World News) – Jason Goepfert at SentimenTrader:  Selling has become indiscriminate. Among securities traded on the NYSE, more than 40% traded down to a fresh 52-week low on Wednesday, among the highest readings in history. On an intraday basis, the selling volume was more lopsided on a 1- and 10-day basis than any other day in 65 years other than two other dates, though that eased greatly by the time markets closed. 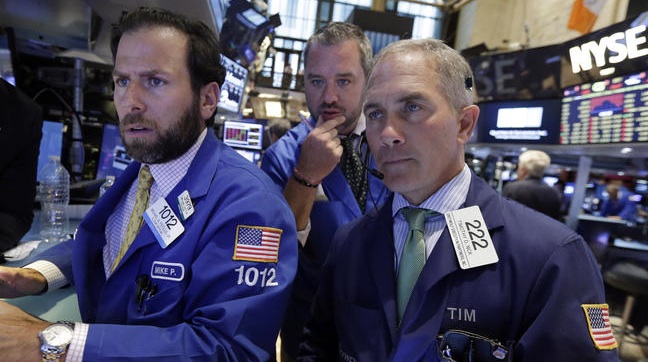 Action Mirrors 1987 Stock Market Crash!
At the worst point mid-morning (on Tuesday), more than 97% of volume on the NYSE was concentrated in issues that were down on the day. Between that and the average of the past 10 days, the selling pressure was the worst in more than 65 years, next to October 19, 1987 and August 8, 2011 (see remarkable chart below). 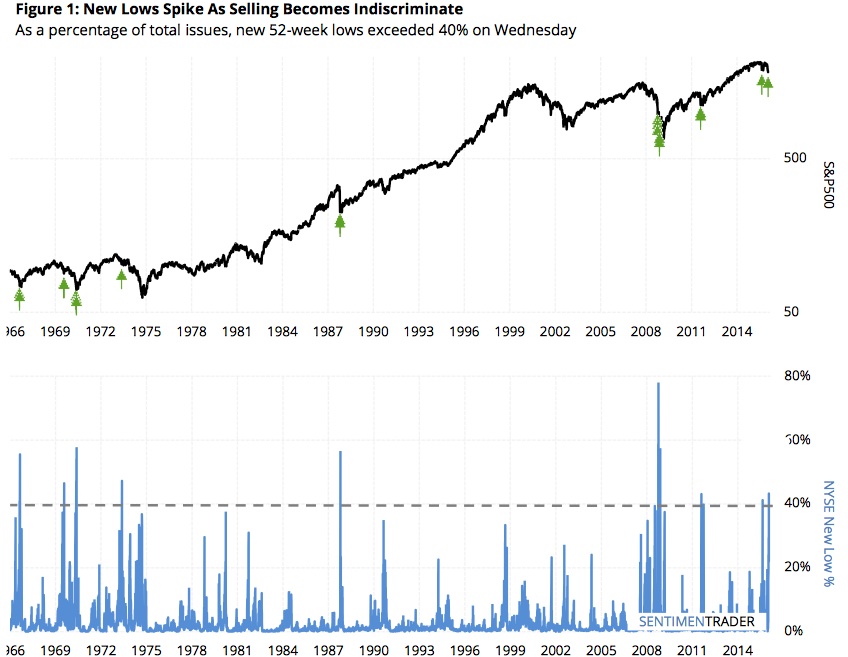 The most outstanding among other developments is the number of securities that traded down to a 52-week low during the day. The final tally was 1,395 issues, which is more than 43% of all the securities trading on the NYSE.

Going back more than 50 years, it is a rare feat to see such broad-based and persistent selling pressure that such a high percentage of issues trade at their lowest price in a year (again, see chart above).