With the price of gold rebounding back above the $1,400 level by surging $22, this is a huge warning.

Iron-Ore Has Soared 99.9% Since November!

The Fed Is Desperate
Sven Henrich:  “Central banks being forced into rate cuts is a sign that bears are right. The Fed is desperate to extend the business cycle at all cost. All they end up doing is making the eventual pain worse. The dishonesty is staggering.”

This Landmine Is Very Real
Jeff Snider at Alhambra Partners:  “One surefire way for rate cuts starting at the end of this month would be if Jay Powell figures out the Oct-Dec landmine was real. The labor mkt is supposed to be on fire, and yet beginning Q4 2018 (the landmine) state and local tax collections of ind. inc. taxes have tanked. (See chart below). 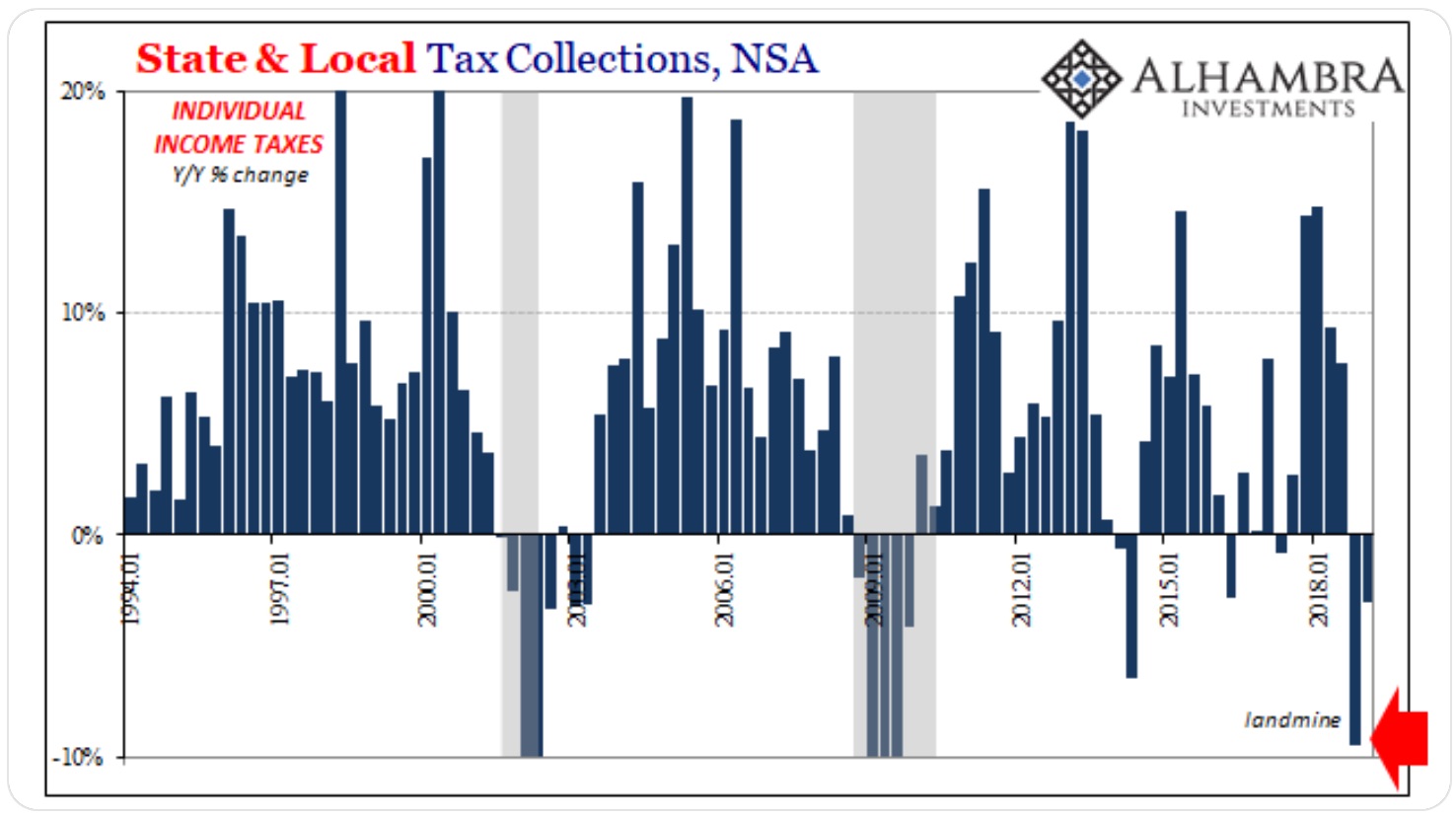 The Lowest Since 2008
Peter Boockvar:  “Bloomberg news posted a story that said “ECB policy makers aren’t yet read to rush into additional monetary stimulus at this month’s meeting, preferring instead to wait for more data on the economy, according to euro area central bank officials familiar with the matter.” This is not much of a surprise as the market was expecting a move in September instead and why the euro is barely higher. Not that any of this matters because to think that moving the deposit rate from -.40% to -.50% is somehow going to have any benefits is bizarre and it instead will further hurt the banks. This comes a day after the Euro area May unemployment rate fell to 7.5% from 7.6%, the lowest since April 2008 and just two tenths away from matching the pre crisis low.”

First Time In 80 Months! Plus Gold Is Rising In Popularity But Here Is Why You Don’t Have To Worry About Silver CLICK HERE TO READ

Astonishing Look At The Fierce Trading In Gold, A Major U-Turn By This Central Bank And Trouble Brewing In The US And China CLICK HERE TO READ

GLOBAL WRECKING BALL IN MOTION: Despite Volatility, Why Gold Price Is Set To Accelerate Thousands Of Dollars Higher CLICK HERE TO READ