With many investors around the world focused on the rally in the US dollar, sentiment in the gold market is nearing extreme levels.

Gold Market Update
May 8 (King World News) – Here is a portion of an important note from Jason Goepfert at Sentimentrader:  “Sentiment on gold is dropping quickly and is getting close to a pessimistic extreme. 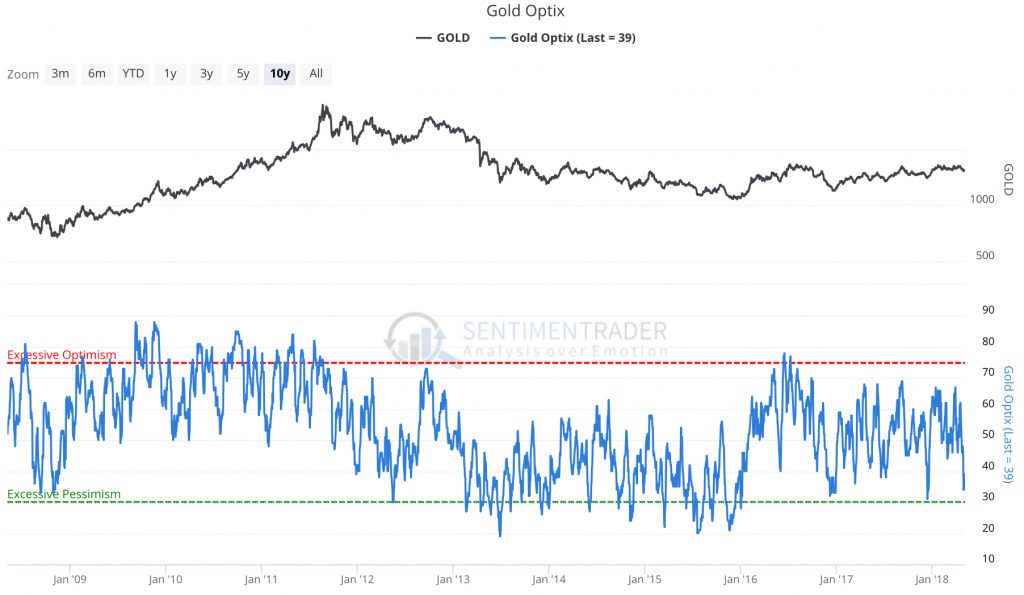 Its Optimism Index has dropped below 25 in recent years, but since 2016, it has bottomed when it reached the low 30s, which is where it is heading in recent days…

Jason Goepfert continues:  “The risk level has declined to 2, which has led to rallies over the next two months 84% of the time during the past five years according to the Backtest Engine. 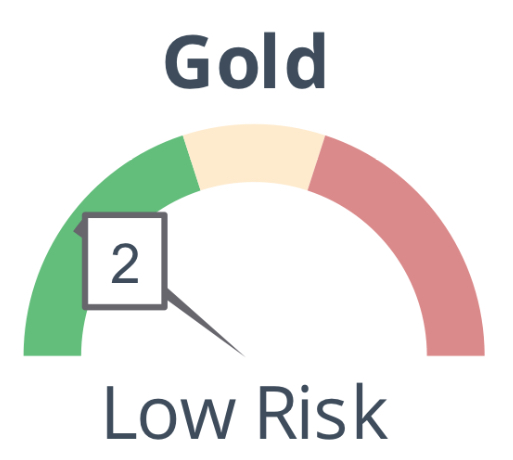 One big worry is the resurgent dollar, which has led to consistent losses in gold going forward. That puts a damper on the potentially positive setup that’s brewing. Maybe just need to let the trend in the dollar play itself out a bit more in time.”

King World News note:  The gold market has the same feeling of desperation that was hanging over the market at the extreme low in late 2015/early 2016.  The gold and silver markets rallied sharply in the aftermath of that and the investors in the high-quality mining stocks experienced spectacular gains.

The setup is very similar today.  Asthe gold market turns and breaks through $1,400 it will catch most investors on the sidelines completely or extremely underinvested in the sector.  This will turbocharge the upside explosion.  Hang in there and accumulate.

The charts commentary above are from SentimenTrader. To try a free 14-day trial of the internationally acclaimed work that Jason Goepfert produces at SentimenTrader simply CLICK HERE.