One of the greats in the business just issued this major warning.

November 9 (King World News) – Here is a small portion of a warning that was just issued by Jason Goepfert at SentimenTrader: “Yesterday, we looked at the diverging action in the Dow Transports versus the Dow Industrials. While the latter was ticking to new highs, the former was struggling, hitting its lowest level in more than a month, and well off its own high (see chart below).

The chart below is exactly the kind of thing the late, great Richard Russell used to warn about with regards to Dow Theory! 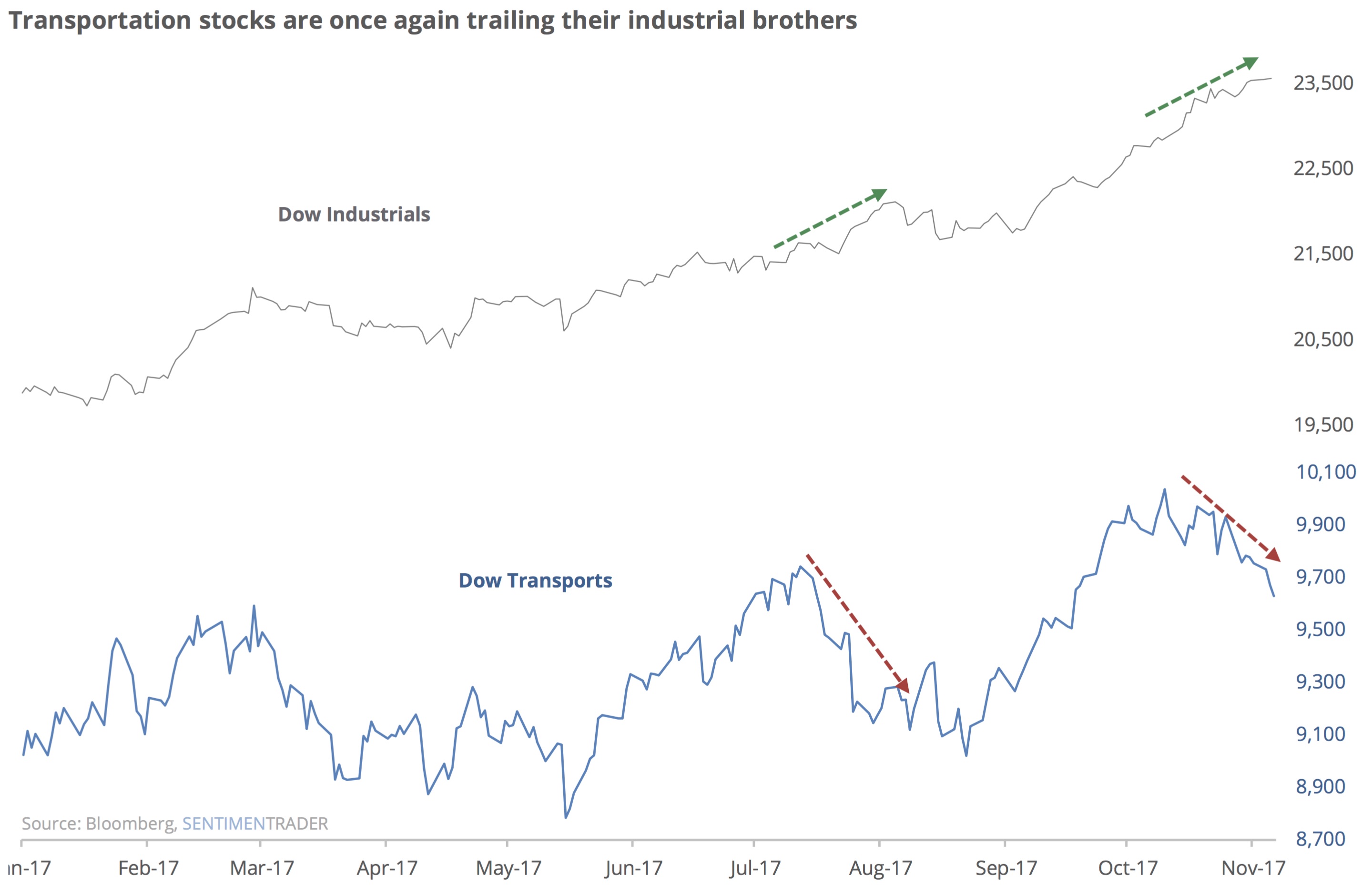 It got even worse on Thursday. The Industrials lost ground, but remain within 0.5% of their all-time high. The Transports, however, slid another percent and dropped below their 100-day average for the first time since August (see chart below).

Look at the massive divergence, the kind of thing Richard Russell would have warned about 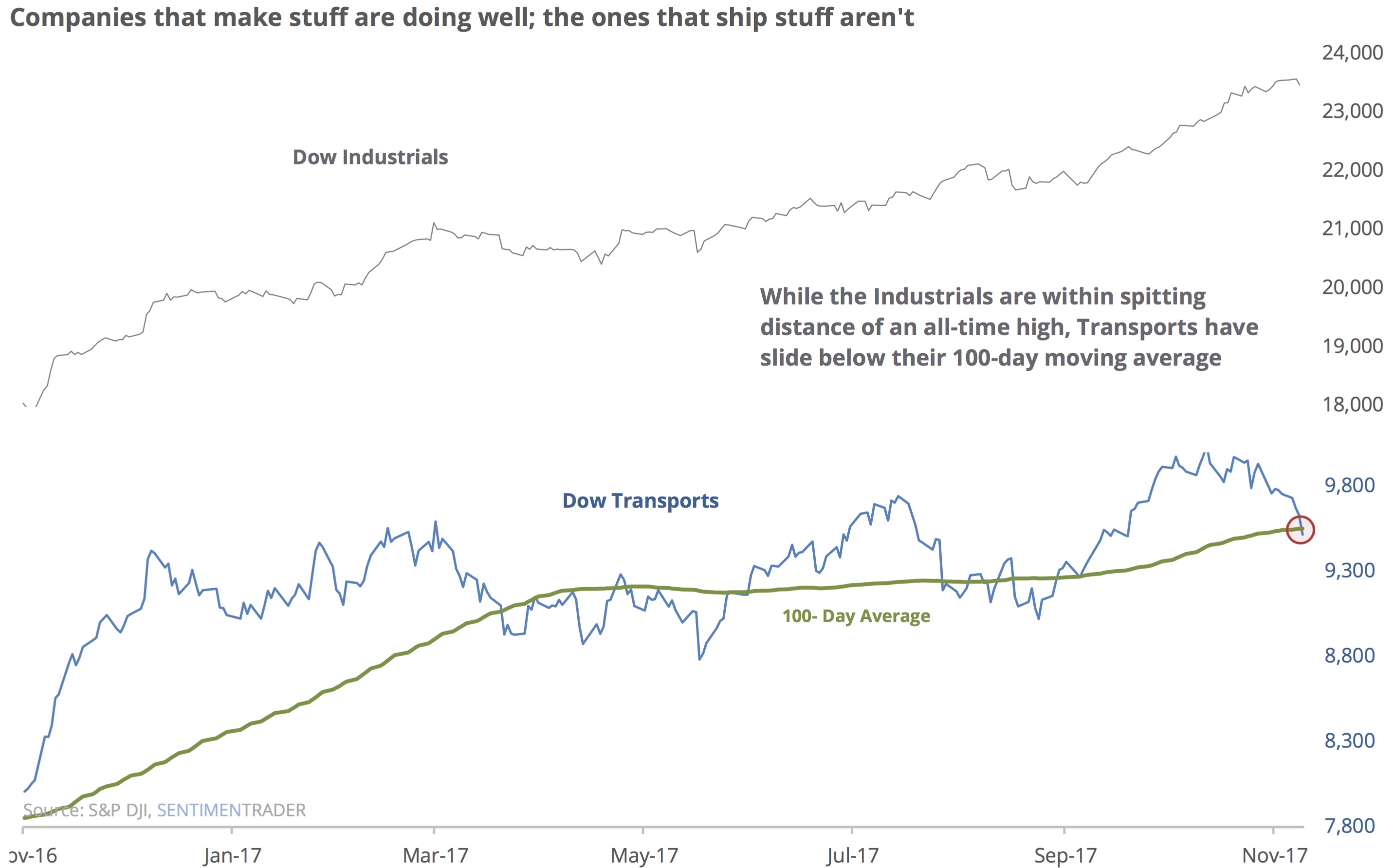 King World News note: Once again, this is exactly the kind of thing that Richard Russell would have warned about, and it is also another example of why Jason Goepfert is the best in the world at what he does — providing crucial, actionable market data. The charts and commentary above are from SentimenTrader. To try a free 14-day trial of the internationally acclaimed work that Jason Goepfert produces at SentimenTrader simply CLICK HERE.

Worried About The Recent Action In Gold & Silver, Take A Look At This…