Look at what the public believes and it just hit an all-time record!

Never Better
October 21 (King World News) – Jason Goepfert at SentimenTrader:  “A weekly Bloomberg survey shows that consumers have never been so confident that right now is a good time to buy. Going back nearly 35 years, the survey’s Buying Climate portion has exceeded its prior high from January 2000. Even if this is the peak of consumers’ buying optimism, it isn’t necessarily a bad sign for stocks in general, though staples performed much better than discretionary stocks after other peaks.

The index has 3 components, one of which is asking whether consumers think it’s a good or bad time to buy. According to the latest survey from earlier in October, consumers have never thought it was a better time to buy than right now. 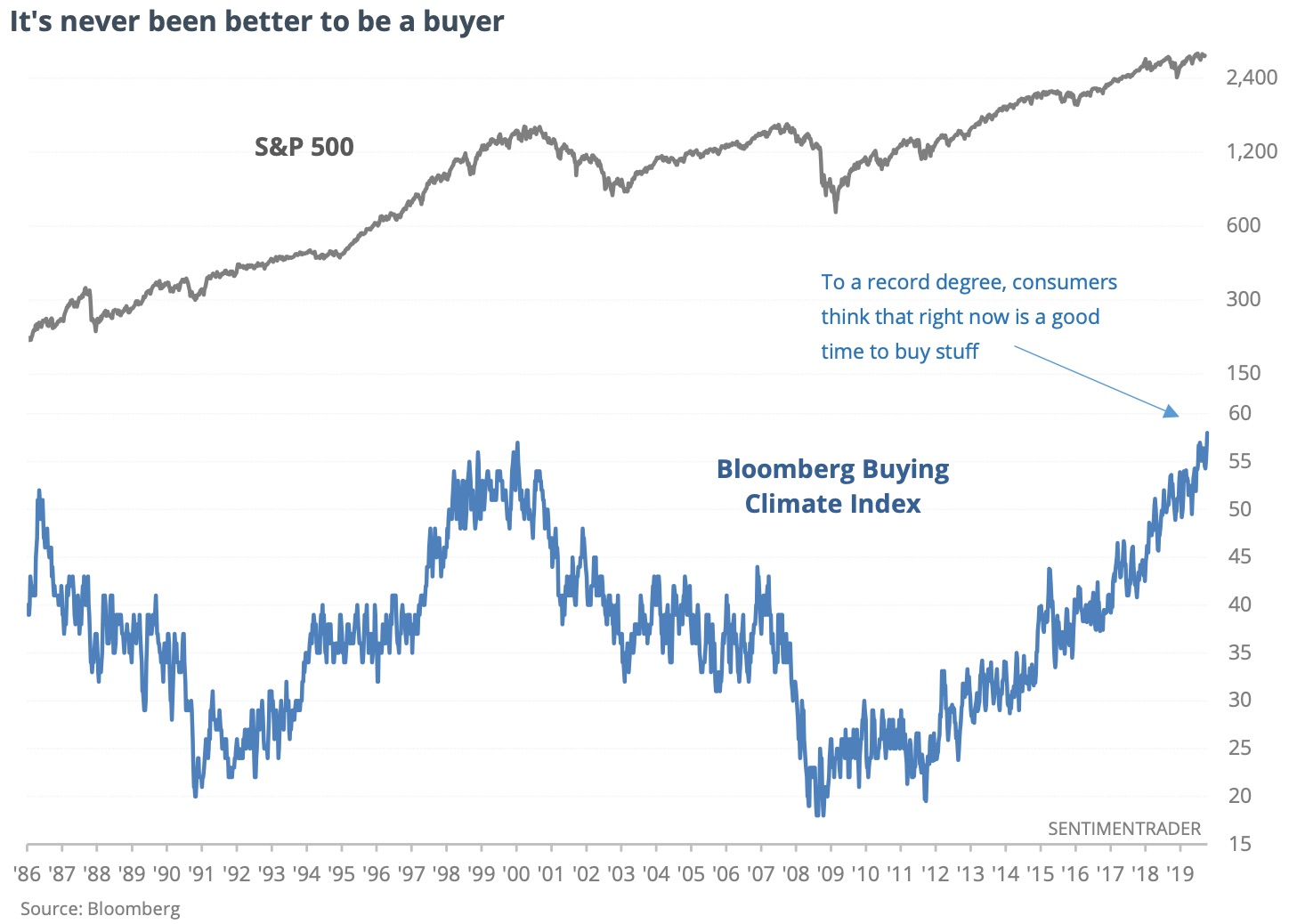 The only week that got close to the current level of optimism was mid-January 2000. That was NOT a good time to buy, at least not U.S. stocks. The S&P 500 gyrated wildly after that, though six months later it did show a positive return so it’s not like it was a slam-dunk sell signal…

If we assume that this is it – it can’t get any better than this – then the table on the next page shows every time in the past 30 years when the Buying Climate Index formed a multi-year peak, along with future returns in the S&P 500. We can also see returns for staple and discretionary stocks, as well as the dollar and gold. 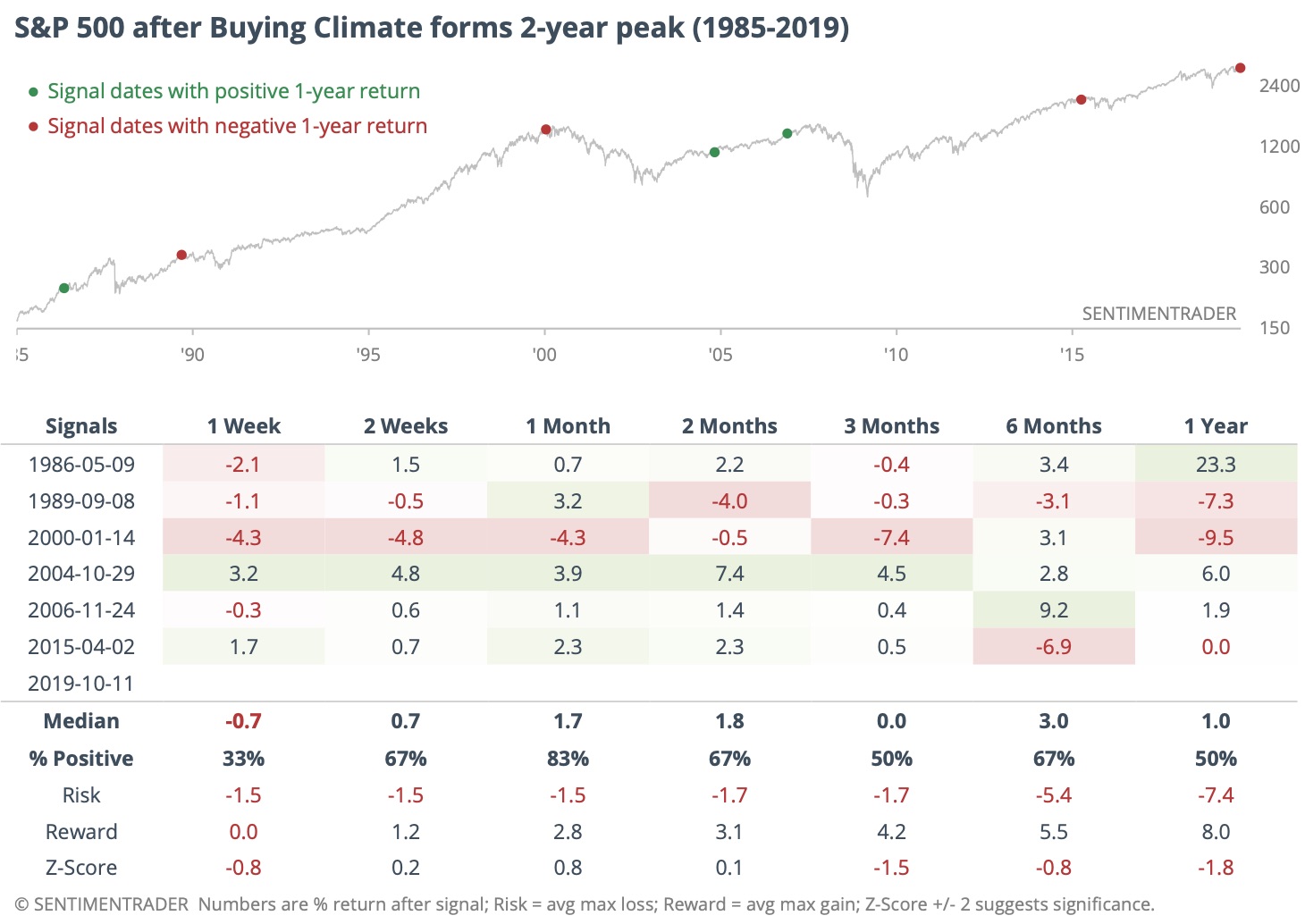 For the S&P, it wasn’t a disaster, even knowing in advance that this was peak optimism among consumer buying attitudes. Returns over the next 3-12 months were below average, and the risk/reward was poor, but there were essentially 3 successful warnings, and 3 false signals (for a while, anyway).

Among consumer sectors, it was a different story. Staples greatly outperformed discretionary stocks, a rare and welcome confirmation of what should make sense in theory. The dollar struggled mightily, which proved to be a tailwind for gold.

The Price Of Gold Rose An Average Of 8.7% One Year Later

Gold, Silver, Crude Oil
READ THIS NEXT! Here Is An Important Look At Gold, Silver And Crude Oil CLICK HERE TO READ.

Greyerz – The Destruction Of The World Economy Will Unleash More Global Panic And Market Crashes CLICK HERE TO READ.

WE ARE SOON ON OUR WAY: One Of The Most Important Updates For Gold & Silver CLICK HERE TO READ.