The last time we saw this gold skyrocketed $300!

Gold sentiment sours
July 24 (King World News) – Here is a special update on the gold market from Jason Goepfert at SentimenTrader:  Optimism on gold dropped to one of its lowest levels in its 7-year bear market, and the lowest since December 2015. When holding through all days when sentiment was this low, gold’s returns over the next few months were excellent, especially the risk/reward…

IMPORTANT:
To find out which company is one of the top junior mining companies in the world that savvy investors around the globe are lining up to buy CLICK HERE OR ON THE IMAGE BELOW

Optimism on gold drops to one of the lowest levels in 7-year bear market
Thanks in large part to trend-following money managers, sentiment on gold has dropped into extremely pessimistic territory.

The latest report on futures positioning shows that money managers are the 2nd-most negative on gold since 2006. The only time they were (slightly) less positive were a few weeks in late 2015 / early 2016, right before the metal jumped 30% over the next six months.

In part due to that negative positioning, the Optimism Index on gold dropped below 27. That’s the lowest since December 2015 and qualifies as one of the lowest readings since the bear market began in 2011 (see chart below).

Last Time Sentiment Was This Pessimistic In Gold – End Of 2015! 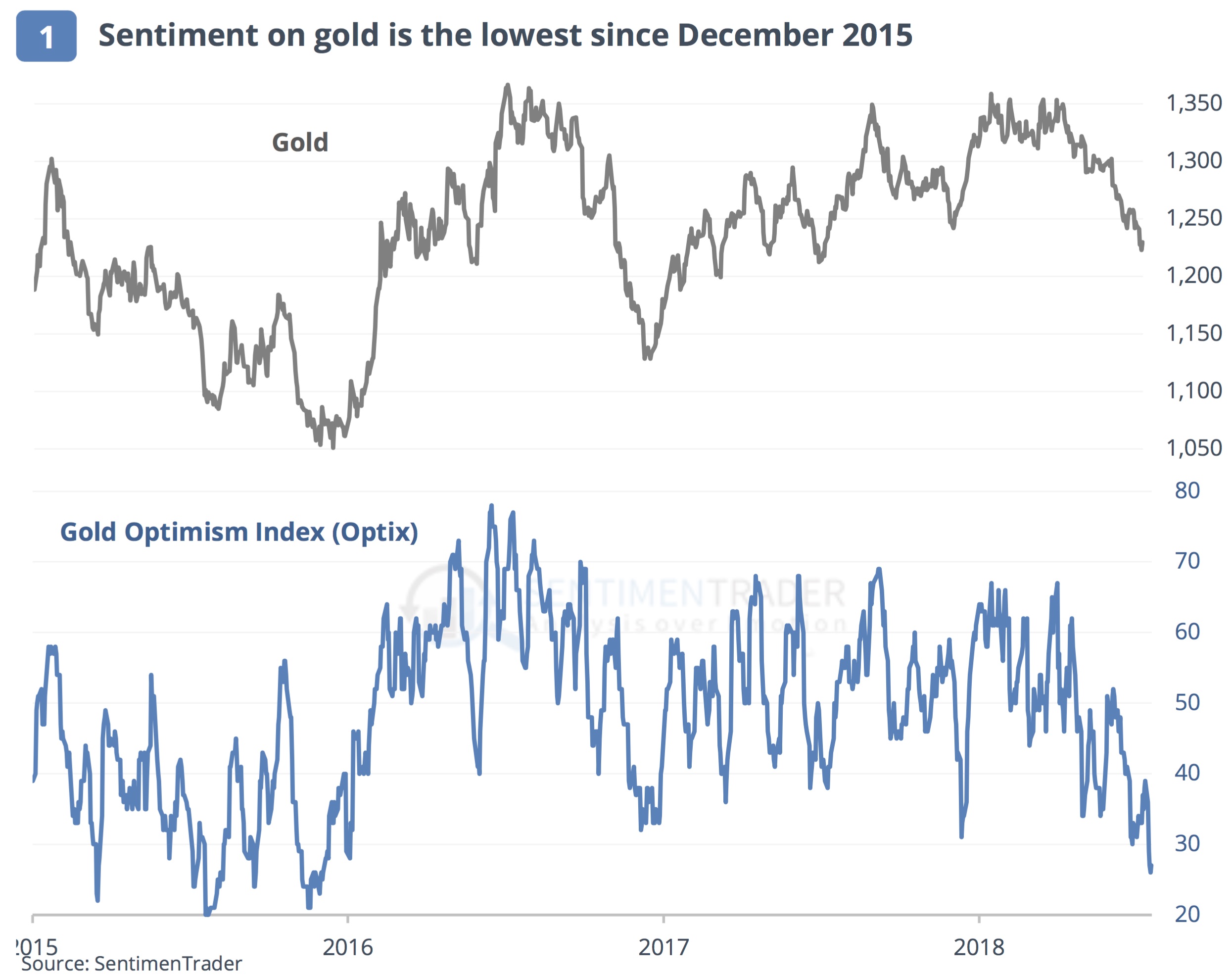 …Buying gold any time the Optix was this low led to a positive return 84% of the time over the next three months, with an excellent risk/reward ratio. That’s impressive during a bear market…There is so much more to this special report on the gold market (more commentary and illustrations) from Jason Goepfert at SentimenTrader. To continue reading, subscribe or try a free 14-day trial of the internationally acclaimed work that Jason Goepfert produces at SentimenTrader by CLICKING HERE.

ALSO JUST RELEASED: A Golden Tidal Change Is On The Way CLICK HERE TO READ.

DANGER: One Of The Most Heavily Watched Indicators In The World Just Hit An 80-Year High!