The price of gold has now surged above $1,900 but this is what is really shocking.

Time For Gold To Shine?
February 17 (King World News) – Top Citi analyst Tom Fitzpatrick:  Almost unnoticed in the background of everything going on in markets and Geopolitics this year the Gold price has looked increasingly resilient.

We are now getting to the point where we could be on the cusp of a strongly bullish development.

We have constantly articulated that the present setup on Gold is amazingly similar to that seen in 2011-2012 (Blue circles below).

However, we have also made that statement that is one of the most dangerous ones to make in financial markets i.e. It’s different this time…

Why do we believe that?

In 2012, just like now, this pattern looked like a double bottom within a triangle that would have ultimately be expected to break to the topside.

While we did test the double bottom neckline at $1,791, we could not sustain a break above and over the following 8 months Gold fell sharply.

What was different then to now?

Given the dynamics and views detailed above we suspect that we could potentially go much further than that. 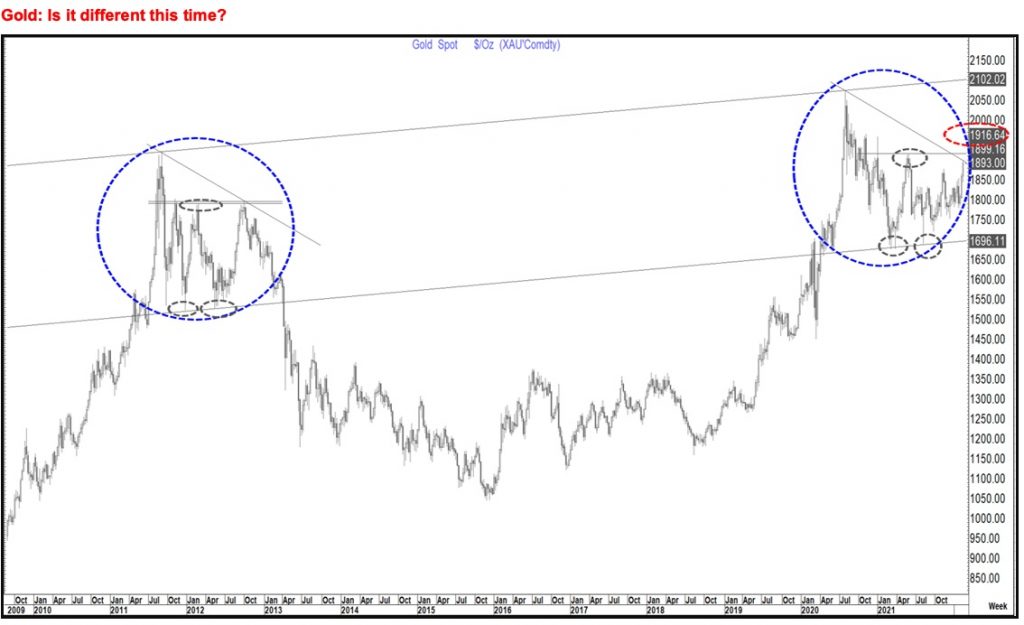 In addition, when we look at the charts below, it is hard not to think that Gold is now re-establishing its position as a potential inflation hedge (Something that we have not really seen since the late 1970’s)

That followed the abandonment of the Gold standard in August 1971 which fits nicely with the “Fed Regime” in place during that period which we spoke  in length about in our weekend piece.

The charts below only serve to further strengthen our view that it is going to be hard, if not impossible” to get that inflation “cat” back in the bag anytime soon. 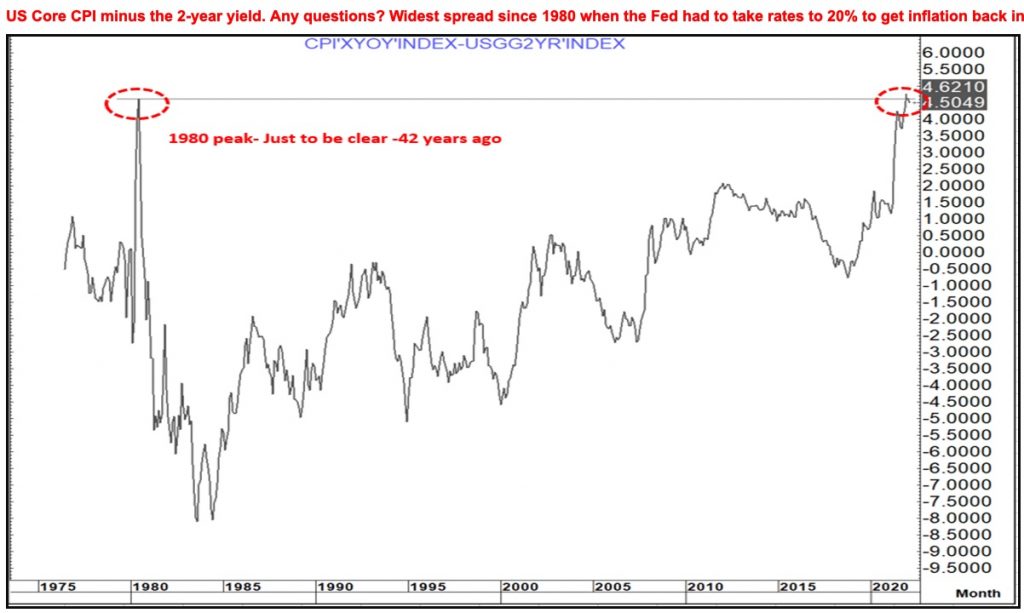 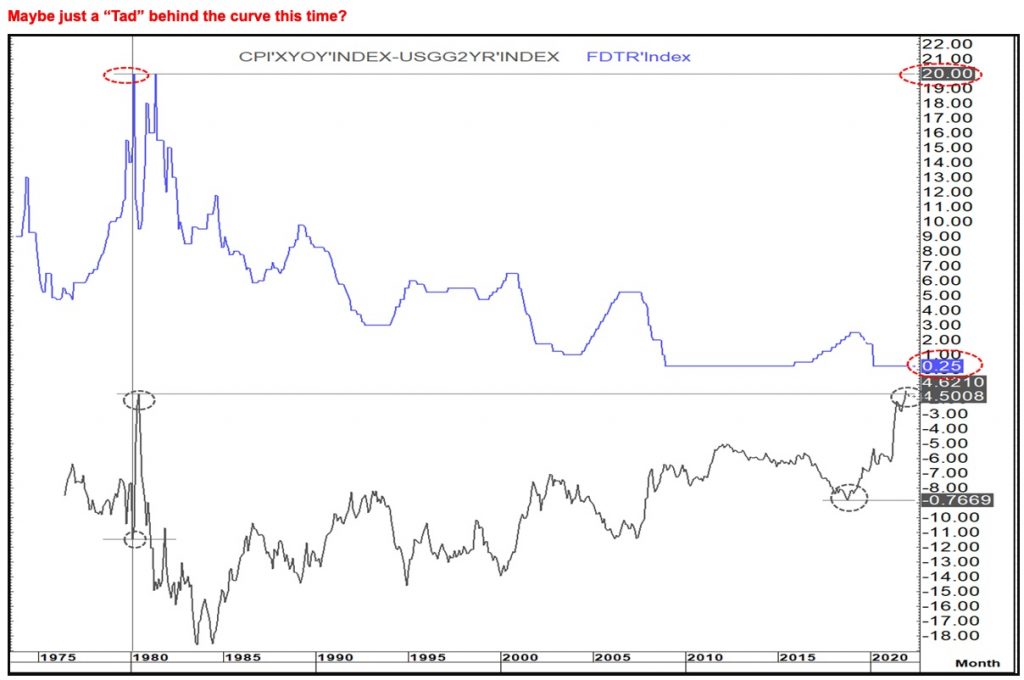 “Inflation is always and everywhere a monetary phenomenon”
— (Milton Friedman) 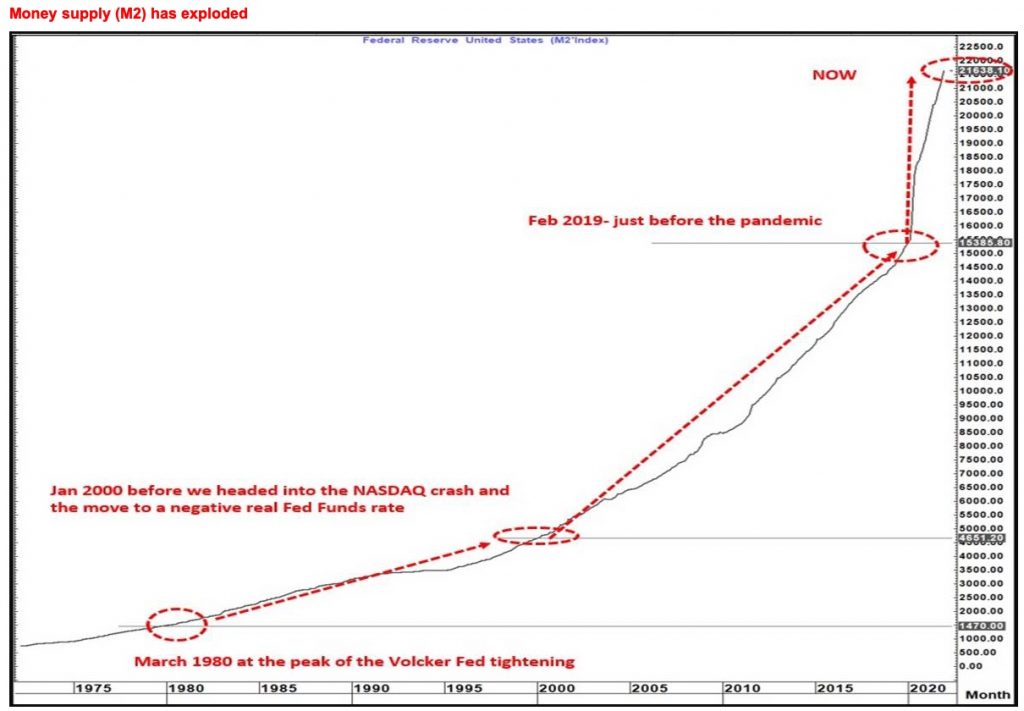 The only picture maybe scarier than this is….

Ratio Of Money Supply vs GDP! 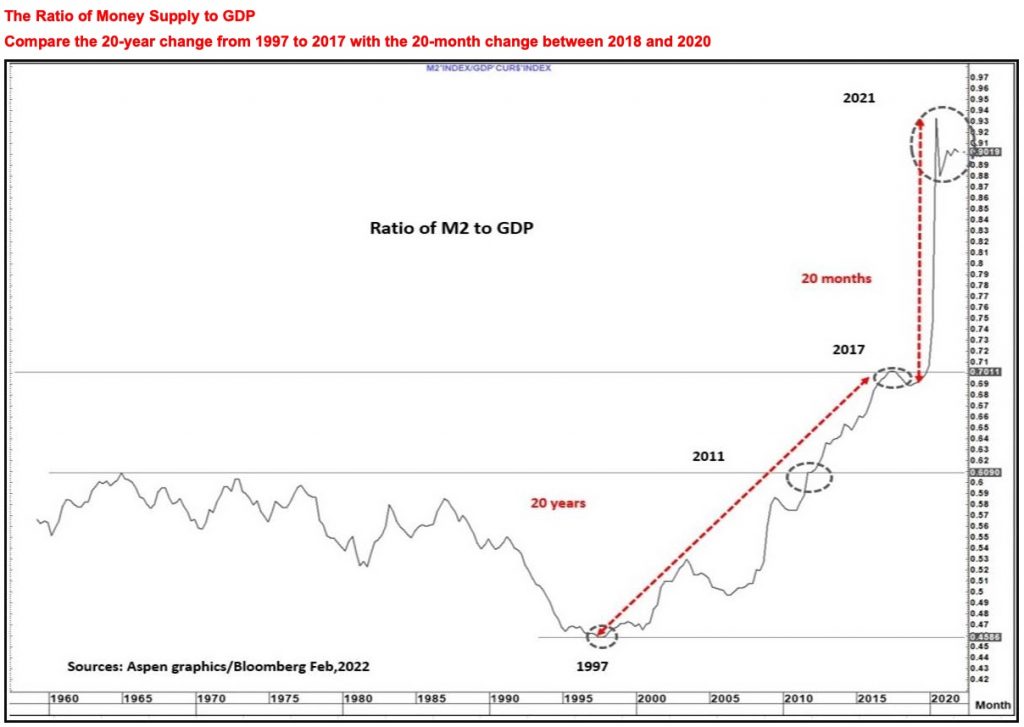 Money is not relatively cheap as it has been on several occasions over the last 25+ years of suppressed inflation- It is essentially FREE.

Rates are so far below the rate of inflation, and we are still to an extent hanging on the “Hope” that this will rectify itself relatively soon (2022).

On the back of the above I see Gold shining brightly in 2022 and possibly beyond.