The gold and silver markets went into backwardation at today’s lows — below $26 for silver and at $1,700 for gold, which hit a low of $1,699.65 in the paper futures market. Here is what that means.

March 3 (King World News) – James Turk out of London:  Not a lot of people are watching gold and silver at the moment, Eric, because sentiment is so depressed, which is actually quite bullish. Extreme levels of sentiment often signal important bottoms and tops, from which trend reversals occur.

The low sentiment at the moment is understandable. This ongoing consolidation of last summer’s big rallies in the precious metals continues to drag on longer than normal. So that has put a lot of people on the sidelines. But they should be watching because there were some bullish signs today.

Gold & Silver Backwardation
When the low prices were tested, both April gold and March silver traded below the spot prices for the metals. So the heavy selling was a paper market phenomenon. This backwardation signalled that buyers of physical metal stepped up to the plate. They were prepared to take whatever physical metal was being offered at those low prices…

When that happens, it suggests the market has been washed out. The remaining weak hands have thrown in the towel or forced out with margin calls, which is the danger that comes with trading the metals with leverage in the futures market.

Focus On Silver
I would like to focus on silver again because it continues to lead in two ways. First, the gold/silver ratio remains in a downtrend, so silver is outperforming gold. The ratio is only a couple of points away from making a new multi-year low below 63.3.

Gold has been under pressure because there has been selling of gold to buy silver in the expectation that silver will continue to outperform gold. That selling in gold has contributed to the decline in the ratio.

The second reason is the silver chart. It remains in an uptrend, at least so far, and testing of support has been successful.

Silver Bounces Off Of Support…Again 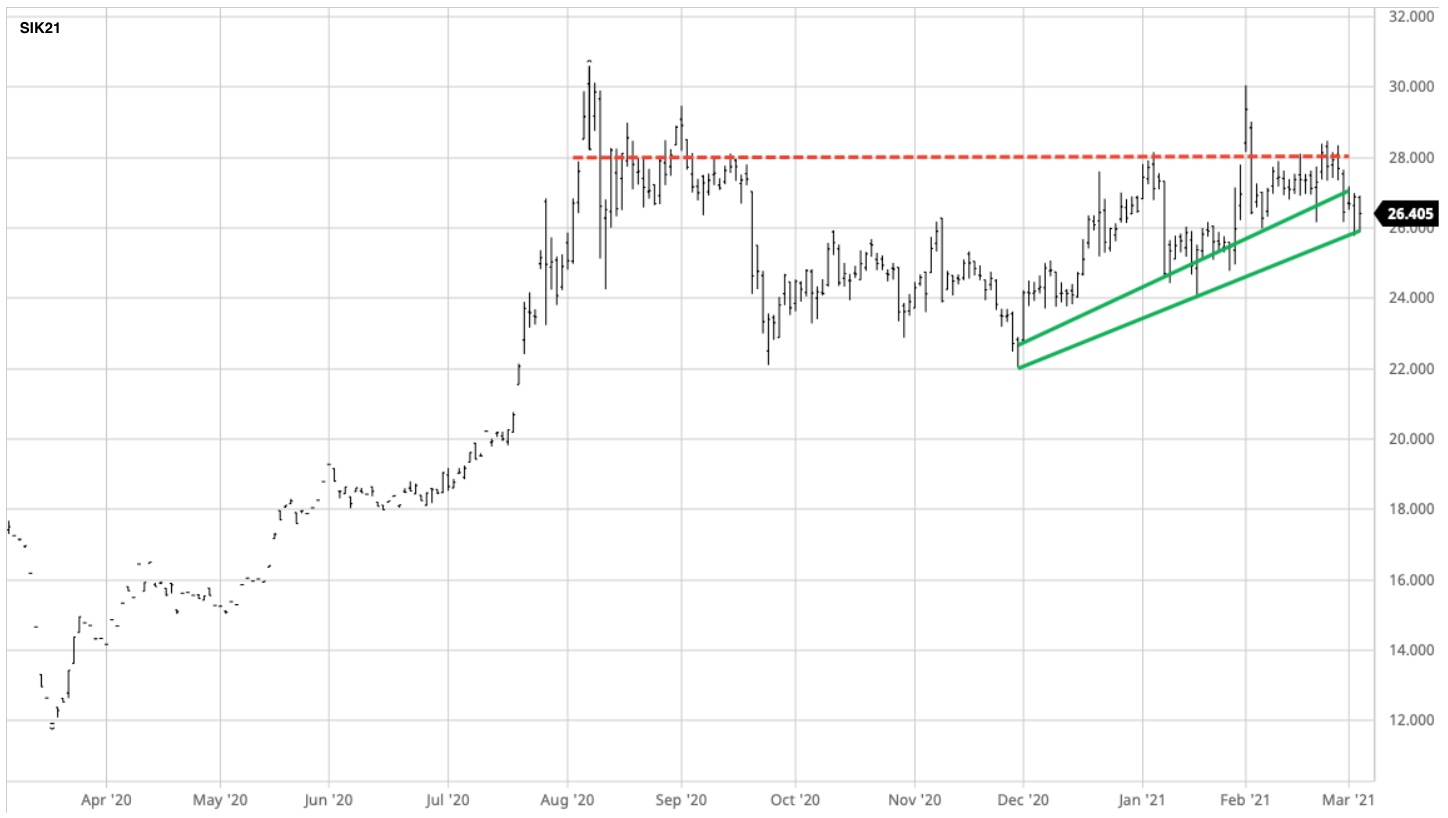 Friday’s Unemployment Release
The unemployment report comes out Friday morning. So maybe the shorts have put some downside pressure on the precious metals to cover some positions in anticipation of a number that may spark a precious metal rally.

Regardless, the fundamental backdrop for gold and silver remains bullish. The metals will continue to remain bullish as long as central banks continue to erode the purchasing power of national currencies.