With gold and silver surging on Friday, and the West’s desperate and massive money printing schemes as a backdrop, China is not only hoarding thousands of tonnes of gold, China is also now stockpiling massive amounts of silver.

(King World News) Stephen Leeb:  “The Art of War, putatively authored by Sun Tzu, is known to be a guide for Chinese leaders in any sort of contest from military warfare to what will define hegemony in this century:  fights over resources. How well is China doing in following the precepts of deception? Consider the following lead quote from a Thursday article printed by Bloomberg: “China, the world’s top consumer of base metals, will boost stockpiles, accelerate the closure of excess capacity, and provide tax breaks for producers as the country grapples with a raw-materials glut amid the slowest growth in decades.”…

Stephen Leeb continues:  “That was a remarkable sentence – remarkable for its level of unintelligible nonsense that China is deliberately promulgating. I won’t parse it all, but it states that somehow excess capacity is wholly consistent with tax incentives to produce those materials in which you have excess capacity and for good measure build up stockpiles of the same materials.

It’s as if I told you that my wife keeps buying more and more beef, until it no longer fits in the freezer, so I have insisted she stop shopping for beef. At the same time, though, I start importing massive amounts of beef and moreover monetarily incentivize nearby farmers to produce beef for delivery to me. You would think me completely mad.

A Long List Of China Bears
The numerous China bears from George Soros to Kyle Bass to Marc Faber to Jim Chanos, among many others, would agree that China is exhibiting a high level of incoherence. And this suggests to them it will pay to bet big money on China’s fall. Chalk that up to China’s skill at deception. But it’s getting harder for China to keep up this act as the “hard landing” that the bears are betting on is very long in coming. Just this week a heretofore well-known perma-bear on the Middle Kingdom, Jim Walker, founder and chief economist of Hong-Kong based Asianomics, said that the biggest risk right now is being too pessimistic on China.

One observation that had swayed Walker was the massive savings China has. He also pointed to the more than $3 trillion sitting on major banks’ balance sheet. (This is a point you heard first in one of my earlier postings on KWN.)

China Stockpiling Massive Amounts Of Gold And Now Silver
Go back to the Bloomberg quote. Some of the deception, while subtler, is especially critical to recognize as it can lead you to investment glory. The Bloomberg comment focuses on base metal stockpiles. Omitted from the article was any mention of gold and silver, materials that are not base metals, but every bit as important.

I have talked a lot about silver and the near certain future and critical scarcity of this vital mineral. Between August, 2015 and April, the latest data I have, silver inventories in China (on their exchange) have climbed more than sevenfold from 233 metric tonnes to a staggering 1700 tonnes. China is stockpiling silver specifically for use in their enormous solar buildout program, which is a massive, multi-year program that will require unimaginable amounts of physical silver.

Follow The Leader (China) By Accumulating Silver & Gold
China’s end game is to secure enough resources to secure a decent lifestyle for its nearly 1.5 billion citizens. China realizes this means that its Eastern trading partners must also develop. In a report authored by McKinsey Global Institute that was released this week, the consultant reports that over the most recent decade for which it has data, China has spent more on infrastructure than North America and Western Europe combined. Moreover, the remaining parts of the East led in large part by Chinese financing have spent three times more than China. I will have a lot more to say about the implications in future articles. For now, the overwhelming message is buy silver, buy gold, and buy virtually commodity you can get your hands on.” 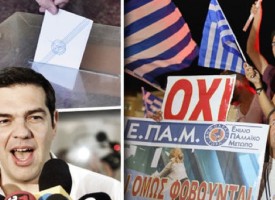 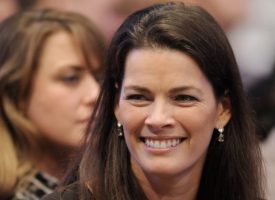